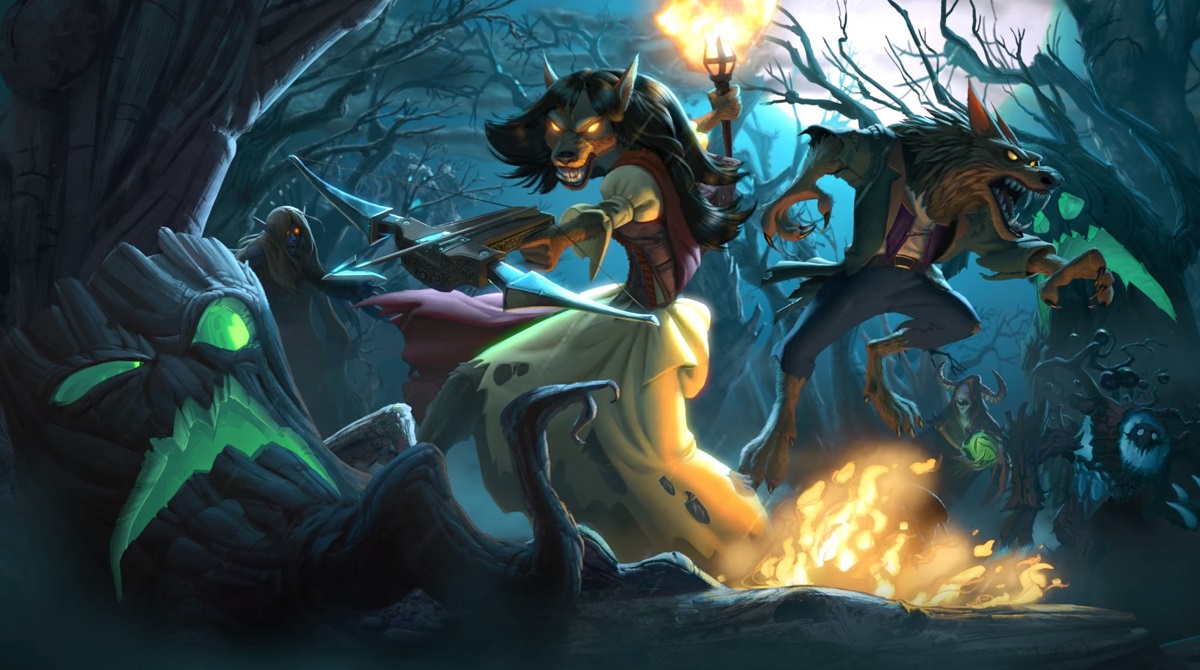 Monday’s announcement of the next Hearthstone expansion promised a card reveal kick-off stream on March 26, with game personalities beginning their reveals the same day.

It didn’t say anything about early reveals from Blizzard itself though.

In a new video featuring designer Dean Ayala, four new cards from The Witchwood have been unveiled. They all feature the new odd and even cost card mechanics, giving a glimpse of what we can expect from these new archetypes.

The first new card is Black Cat. This three mana 3/3 comes with a base text of giving you Spell Damage. But if you’re playing Odd Mage, it will also draw you a card.

If Druid is more like your thing, Gloom Stag is an option. Odd Druid can play this Taunt minion as a five mana 4/8—that sounds pretty appealing if an odd-cost Druid with a strong control base can be built.

Murkspark Eel is the friend of Even Shaman. This is a lot like Medivh’s Valet, a card rotating out of Standard, and two mana 2/3 is a great body too. If Even Shaman ends up being a thing, this will definitely be part of it.

While it might have the most enticing art, Glitter Moth is the card of this quartet that is least convincing. By itself it’s just a five mana 4/4, but if played on a big board of other minions it gives them a big health buff. That’s great if you can build a board—but that’s not normally Priest’s forte.