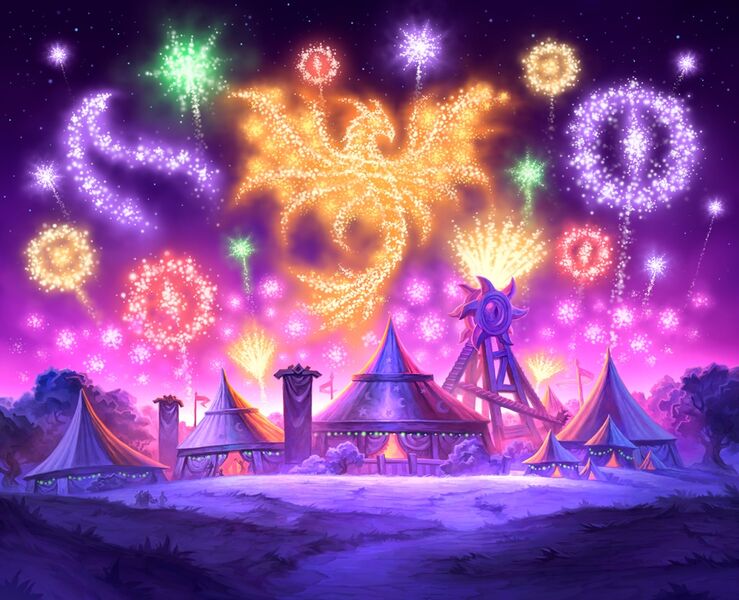 Hearthstone’s Year of the Phoenix brought a wealth of content to the game, including the newest class Demon Hunter, a new game mode in the form of Duels, and even the long-awaited achievement system.

The newest year also brought three exciting expansions in the form of Ashes of Outland, Scholomance Academy, and Madness at the Darkmoon Faire. Each set brought 135 cards to the table, totaling to over 405 cards in the newest year.

Here are 10 of the best cards that were added to Hearthstone in 2020.

When combined with another powerful Priest card released in Ashes of Outland, Renew, the amount of cards you can generate doubles. While random Priest spells can be hit or miss in terms of quality, more often than not you will find either powerful answers, more spells that can target which continues the chain, or buffs which can allow your minions good trades.

Any Priest deck looking for early plays to take control of a game will always look towards Sethekk Veilweaver in the coming year.

As one of the more recent cards on the list, the newest iteration of one of the Old Gods has had an explosive start ever since Madness at the Darkmoon Faire’s official release over a month ago. According to HSReplay, in the initial weeks of the new set, Y’Shaarj and Yogg-Saron have been the two most-played cards of the expansion. While his success has been specific to mainly Warlock and Shaman, Y’Shaarj’s impact on the meta has been apparent already.

In Shaman, Y’Shaarj brings the potential to deal an overbearing amount of damage due to the ability to garner multiple copies of Dunk Tank and Circus Medic and blast the opponent for lots of damage. When used by Warlock, Y’Shaarj allows multiple uses of Tickatus and Cascading Disaster, which can burn multiple cards from the opponent’s deck while destroying their board at the same time.

Even if he’s not the most popular of the Old Gods, this retrained version of the largest god has overall been an exciting reimagining of his previous self.

While Lord Barov may appear as a dual-class card for Paladin and Warrior, Lord Barov’s success has mainly come from appearing in varying Warrior lists. While Warrior already has a plethora of ways to clear boards, with each set more consistent control tools appear, and Warrior is always willing to claim more cards to help answer any opposing threats.

Lord Barov’s design captures the themes of both Warrior and Paladin effectively by combining common effects from both classes into one minion. Even if Barov isn’t effective in both classes, Lord Barov has still been a monumental threat on the ladder due to Warrior.

As the second to last dual-class card to appear on this list, Raise Dead hasn’t had the most notable success in Standard. While Raise Dead has shown up in faster Standard Warlock lists and all types of Standard Priest decks, the card has helped bring the overall power level of both classes in Wild.

The ability to effectively “draw” two cards for the cost of only three life, allows you to tailor any game scenario to get more uses of your powerful minions that were slain within the game. In addition to this, Raise Dead’s health payment is not too bad in both Priest and Warlock, since both classes have powerful healing options.

As the only card on the list to receive a buff, Aldor Attendant has helped push Paladin forward to its current viability in Standard. Once buffed to only costing one mana, Aldor Attendant gave the class something it was sorely lacking: a proactive one-drop.

Aside from its fine stats for its cost and its ability to make future Librams less expensive, the Attendant is also a fine target for buffs on the class’ curve, like Hand of A’dal and Blessing of Authority.

While Paladin will lose some potent Pure Paladin tools, like Lightforged Crusader and Zealot, in the following Hearthstone year, Aldor Attendant looks to be a consistent force for the class for the remainder of Year of the Phoenix and beyond.

As the final dual-class card to appear on the list, Lightning Bloom has encapsulated the themes of both of its classes, Druid and Shaman, in addition to being a high power level of a card in its own right. Lightning Bloom brought back Druid’s pre-nerfed Innervate at an immense price of not having access to the same amount of mana on the following turn due to Overload.

While the opportunity cost is something players must note, it can usually be circumvented by accruing a massive lead due to the two mana advantage you used. As the best dual-class card from Scholomance Academy, Lightning Bloom deserves recognition as one of the most impactful cards of 2020.

The newest class, Demon Hunter, had an explosive release when it was first introduced to the game, needing a massive amount of nerfs in addition to breaking records on how fast it received nerfs, the class pushed boundaries for the game, shaking Hearthstone to its core.

Among the cards to be nerfed was Skull of Gul’dan. Normally in Hearthstone’s past, when a card receives a nerf, the playrate goes down a significant margin—if it’s not killed outright. Despite receiving a nerf, a supermajority of Demon Hunter lists still feature this card.

From being used as refuel for aggro lists, or the ability to get massive mana discounts to key cards in combo decks, Skull of Gul’dan looks to be the mainstay card draw engine of Demon Hunter.

As the last nerfed card to appear on the list, Secret Passage has changed the way Rogue looks at card advantage. The ability to look through your deck quickly for four new cards at the cost of one mana cannot be overstated. Card draw in Hearthstone could usually be priced at around a base of one mana plus two per card drawn with the effect.

Secret Passage’s “drawing” of four cards—even if you can’t use your previous hand in the turn—rewards players that have absolute knowledge of their deck. While Secret Passage’s optimal usage is usually found in later turns where you can play more cards, sometimes it’s okay to use it earlier to find better tempo plays.

Secret Passage has elevated Rogue to new heights, in both Standard and Wild.

Introduced in Ashes of Outland, Overgrowth has solidified Druid’s direction for ramp going forward throughout the year. For only one more mana than Wild Growth, the effect is doubled, providing an insane amount of ramp which helps later-turn plays occur sooner than expected.

Since the average turn this is casted is turn four, it allows the class to accelerate to seven mana, which helps enable other cards like Bog Beam and Ironbark.

Unless Druid receives even more potent ramp in the following year, expect to see Overgrowth in a majority of Druid decks going forward in Standard.

In a triumphant return for capturing the true essence of Hearthstone, Yogg-Saron’s newest iteration brings an exciting way to alter the outcome of each match. Despite being in the game for only only a month, Yogg-Saron, Master of Fates has been included in multiple decks and allows players the opportunity to break otherwise losing games wide open in their favor.

While Yogg-Saron’s half of Yogg’s effects are more random (Curse of Flesh, Hand of Fate, and Mysterybox), the other half of the wheel (Devouring Hunger, and Mindflayer Goggles) are nigh-guaranteed to swing any board in your favor. In addition to this, even though Hand of Fate and Mystery Box are generally random, you are still likely to swing the game in your favor due to the power of random spells.

In an unlikely, but last ditch effort, Yogg-Saron, Master of Fates can also cast Rod of Roasting, which turns any long fought game into a coin flip. If you were losing before this by having a lower health total than your opponent, Rod of Roasting brings the game closer than you could’ve normally possibly hoped for.

While Yogg-Saron’s popularity is mostly found in Druid and Mage, other classes like Rogue or Warrior could appreciate a Yogg-Saron as the curve-topper of their deck.

Hearthstone has one more mini set coming out that is tied with the Year of the Dragon in the form of a mini set tied to Madness at the Darkmoon Faire.