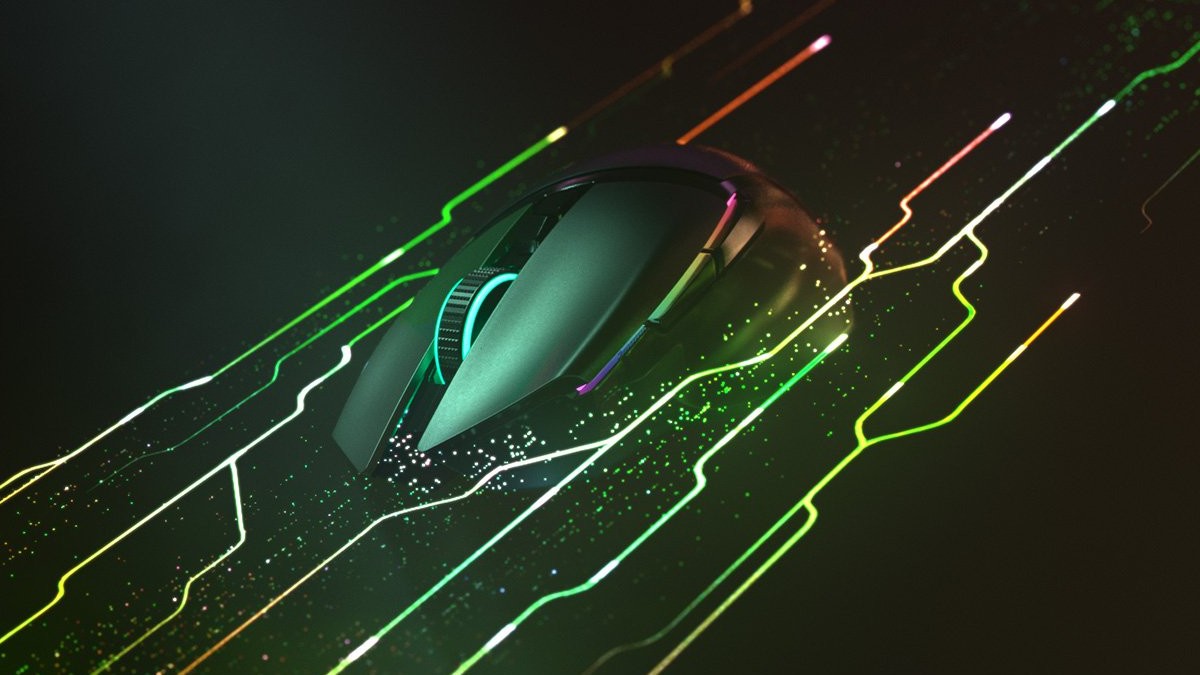 A few years ago, there was no question that wired mice were better than wireless mice for gaming. High latency and other connectivity issues plagued wireless mice. Older wireless options couldn’t keep up with the direct data transfer offered by wired mice.

Gaming peripheral companies have made wireless technology advancements to level the playing field between wireless and wired gaming mice. Thanks to companies like Logitech, most wireless mice can compete with their wired predecessors regarding speed and performance.

The performance gap between wired and wireless mice began to close in 2016 with Logitech’s G900 Chaos Spectrum launch. The G900 was one of the first wireless mice to truly compete with the speed and performance of wired gaming mice. Technology has continued to improve since then, and many popular mice like the Logitech G Pro, Corsair Harpoon, and Razer Viper come in wired and wireless models without sacrificing features.

Many esports pros use wireless mice, but some still believe they can’t keep up with the wired versions. This misconception will likely change as wireless mice become more predominant throughout competitive gaming scenes.

Despite the near-identical performance of wired and wireless mice, the question remains, which one is best for gaming? Here are the pros and cons of each to help you decide which option is best for you.

Wired mice are still more popular than wireless mice in most gaming circles because they are reliable and practical. Despite being seen as older tech, some wired mice boast features that haven’t made it to wireless mice as of this article. Wireless mice may be the future, but wired mice get access to the latest advancements well before their cable-free counterparts.

Wired mice are simple to use because of their plug-and-play nature. Just plug the cable into a USB port, and your mouse works. Not worrying about batteries or losing the wireless transmitter makes wired mice a great choice for those who want to get in the game with little hassle.

There’s no comparison when it comes to price. Wired mice are always cheaper than their wireless relatives because they need less hardware to work. However, the future of wireless mice looks bright, and the price difference will probably narrow as the technology becomes more widespread.

The best wired and wireless mice have similar speeds, and the differences between them come down to the specific mouse you choose.

In the Logitech range, the wired G Pro and G Pro Wireless both have a one millisecond response time and use the same 25,600 DPI sensor.

Razer introduced the wired Viper 8KHz in early 2021. It’s the world’s first mouse with an 8,000Hz polling rate. The high polling rate means the mouse communicates with the PC 8,000 times a second, translating to a 0.125 millisecond response time. Its wireless counterpart, the Viper Ultimate, has a one millisecond response time and a 1,000Hz polling rate. Although the Viper Ultimate is technically slower than the 8KHz,  it’s still on par with most top-of-the-range gaming mice.

These examples prove that wired and wireless mice are mostly neck and neck when it comes to response time. Should more companies adopt an 8,000Hz polling rate, wired mice may hold onto their crown a while longer.

The main drawback of wired mice is the wire. Cable drag can make the mouse uncomfortable to use, and unwanted friction can slow down your response time during games. Companies like BenQ ZOWIE and Glorious provide mouse bungees to eliminate cable drag, but they add to the overall cost of wired gaming mice.

The cable is the weakest point of a wired mouse and is prone to breaking. Wired mice are not a good option if you frequently travel because the cable is vulnerable to snags and getting tangled in transit.

Of course, the limited range isn’t an issue for competitive players who tend to sit closer to their monitors.

Wireless mice are used less than wired mice for professional play, but the gap is narrowing gradually. Older gaming mice commonly use a Bluetooth connection that introduces significant lag and connection issues. Modern wireless gaming mice use the 2.4GHz frequency, which allows a significantly higher 1,000Hz polling rate than the 133Hz on some Bluetooth mice. Although wired mice still reign supreme, the tide is slowly turning as technology advances.

Wireless gaming mice offer superior comfort that wired mice can’t match. There’s no cable drag or resistance when moving the mouse, so your hand has much more freedom. The unrestricted movement translates to smoother tracking and faster flicks while you play.

The speed difference between wired and wireless mice isn’t a factor like it used to be. The best wireless mice can match the speed of their wired rivals. Signal interference is also less of a problem, but it depends on which mouse you’re using.

Top gaming mice manufacturers use in-house technology like Hyperspeed and Lightspeed to eliminate interference. Razer uses its proprietary Hyperspeed tech, allowing the mouse to switch between wireless frequencies to avoid interference. Logitech’s Lightspeed tech keeps response times under one millisecond and maintains a stable connection. Both technologies ensure the mice in their respective lineups have the fastest response times with no latency.

Modern wireless mice have a longer-range, making them an excellent choice if you sit far from your screen or have your PC connected to a TV.

Because wireless mice don’t have cables that can get tangled or snagged, they are a better choice if you’re on the road often. But some wireless mice use cables or docking stations to charge, and they can be costly to replace if they get damaged.

Many wireless mice avoid the battery life issue by including a USB cable to charge while you play. The USB cable prevents the battery from dying but introduces cable drag.

Batteries add extra weight to wireless gaming mice. It’s not an issue if you prefer heavier mice, but If you want the lightest mouse possible, you will likely have to choose a wired option.

Again, this depends on the particular mouse you choose. The wired Razer Viper weighs 69 grams compared to the Viper Ultimate’s 74 grams. At 80 grams, Logitech’s G Pro wireless weighs less than the G Pro wired at 85 grams.

Many wireless mice use a USB receiver to establish a connection with the PC. If the receiver gets lost, you might have to replace the whole set. Some mice remove this problem by having a dedicated storage compartment to hold the receiver. Other mice rely on you to keep the receiver safe.

Companies like Logitech sell separate receivers with a unifying feature that allows multiple peripherals to work on a single receiver. The C-U0008 receiver used by the G Pro Wireless can support up to six devices at a time and is sold separately in case you lose your original receiver.

Signal interference can cause some wireless mice to have connectivity issues if there are many other devices in close proximity. This problem is becoming a thing of the past as technology improves. Modern wireless mice from reputable brands like Razer and Logitech do not have this issue. These mice scan multiple channels and switch to the fastest one with the least traffic to prevent interference.

If you compare the best wired gaming mice against the best wireless gaming mice, the speeds and features are similar. There’s no clear-cut answer to which one is best, and the final decision depends on your preferences and budget.