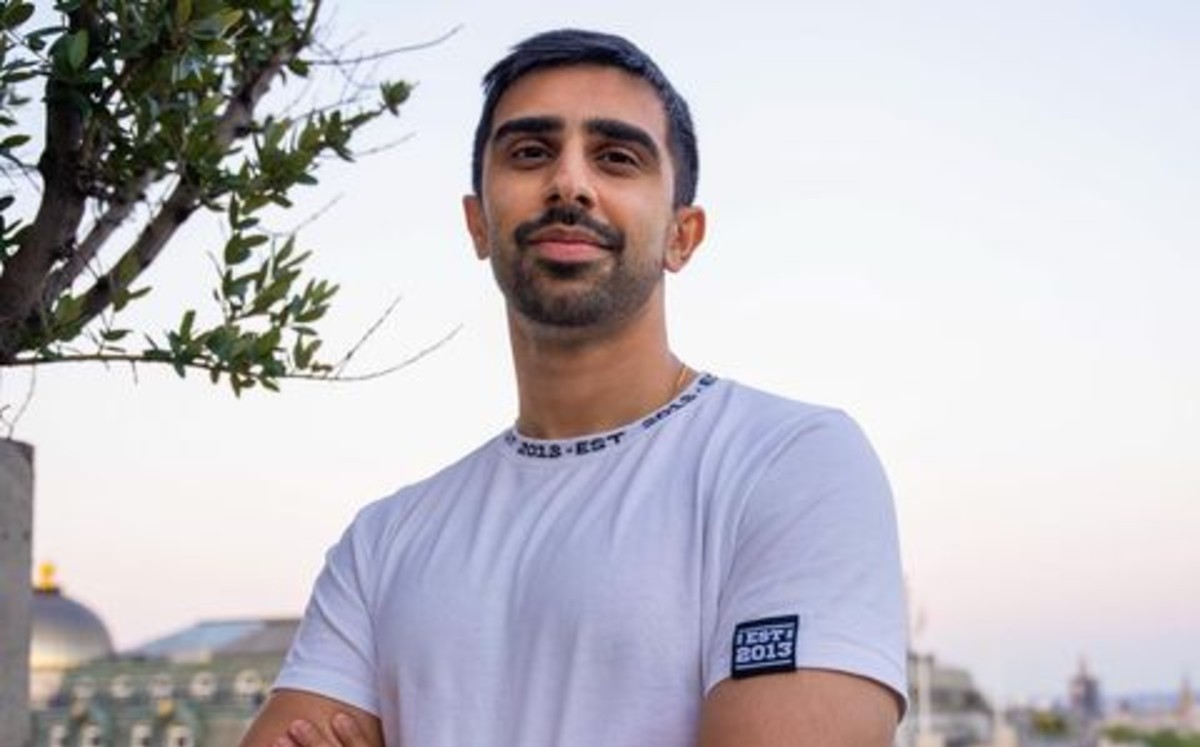 Vikram “Vikkstar123” Singh Barn is a streamer with over 690,000 Twitch followers and over three million YouTube followers.

He started his streaming career in 2010 playing Call of Duty and continued to play the game in its various iterations up to January 2021, when he quit because there were too many cheaters. He is also a prominent Minecraft streamer and has many online tutorials.

Aside from his own channels, Vikkstar123 is part of the YouTube group known as the Sidemen, and he is also co-owner of the London Royal Ravens esports team.

Here is his streaming setup.

Vikkstar123 uses the Acer XB270HU as his monitor of choice for streaming. It’s a 27-inch IPS monitor with WQHD 1440p resolution. This monitor also has a decent 144Hz refresh rate and G-Sync compatibility. When the XB270HU was released, its 144Hz refresh rate was at the cutting edge of technology, but modern gaming monitors have eclipsed that figure and now go up to 360Hz.

Despite its gaming pedigree, the XB270HU resembles a regular monitor because of its subdued design. It’s has a black finish with thick bezels and a round base. The only hint of its gaming prowess is the red circle located on the base.

This monitor came out in 2015 and is showing its age. While the 144Hz refresh rate is still decent, the lack of port options can be frustrating for some users. There’s only a single DisplayPort 1.2 and four USB ports with no HDMI or audio ports.

While many gamers opt for mechanical keyboards, Vikkstar123 uses the Razer DeathStalker Expert with membrane switches. It’s a full-size keyboard with low-profile chiclet keys and a built-in wrist wrest.

There’s no mistaking the DeathStalker Expert for anything other than a Razer product. It comes in Razer’s signature black finish with green backlighting. For a full-size keyboard, the DeathStalker Expert isn’t too bulky, measuring 20.3 by 10.2 inches. Despite using membrane switches, the actuation point of the keys is consistent, requiring 65 grams of actuation force and having two millimeters of pre-travel.

Like most Razer devices, the DeathStalker Expert uses the Synapse software for configuration. Synapse helps create user profiles and macros. There’s no RGB lighting, but the green backlighting has three brightness levels.

Those looking for a DeathStalker Expert will be disappointed. Although it’s a decent membrane keyboard, it’s been replaced by the more modern Ornata in Razer’s lineup.

Beyerdynamic’s DT 990 PROs are renowned among recording professionals for their sound quality. These headphones don’t have a built-in microphone like a gaming headset and are more suited to streamers with an external microphone.

The DT 990 PROs are handmade in Germany and are also known for their build quality and durability. Its headband has a metal frame with thick padding, and the open-back ear cups are made from high-quality plastic. Users also get thick velour earpads that can be swapped out if they get damaged or worn out. The DT 990 PRO connects through a 3.5-millimeter jack, but the cable isn’t detachable like some modern headsets.

As its name suggests, the Razer Taipan Ambidextrous has a symmetrical shape and can be used with either hand. Both left and right-handed users get two side buttons, and they can disable the ones they don’t use. The other buttons on the Taipan Ambidextrous include the usual left and right-click buttons, the scroll wheel, and the two DPI buttons sitting behind the scroll wheel.

When the Taipan Ambidextrous was released, its sensor was impressive. It was the first mouse in the Razer range to use a dual sensor system, and it could go up to 8,200 DPI. The Taipan is no longer in production, but its replacement, the Razer Viper Hyperspeed, hits up to 20,000 DPI.

Many users overlook mouse pads as essential gaming tools, but they can significantly impact a user’s speed and aiming. The Razer Goliathus Speed (Extended) mouse pad used by Vikkstarr123 is large enough to cover a desk and has ample space for mouse movements.

Like most mousepads, the Razer Goliathus Speed features a micro woven cloth surface. This surface is designed for optimal mouse tracking and has a smooth texture. The rear of the mousepad has a rubberized finish to prevent it from slipping, and it’s made up of a textured hexagonal pattern.

Users have a range of size options when choosing a Razer Goliathus Speed. The mouse pad comes in small to extended sizes. Small measures 10.73 by 8.46 inches and extended goes up to 36.22 by 11.57 inches. All the variants are three millimeters thick.

The Rode Podcaster USB used by Vikkstar123 is versatile and works on many platforms. It’s a USB microphone that connects directly to the PC without the need for mixers or other devices. One of its advantages is that it works on Windows, Linux, and Mac computers. It also works on iPads, but it requires a camera connection kit.

Some microphones have a variety of uses, but the Podcaster is primarily designed for voice capture. It uses a cardioid pickup pattern, meaning it picks up sounds from the speaker’s direction only. Another area where it differs is the internal pop filter and shock mount for the capsule. The pop filter reduces unwanted sounds, and the shock mount protects the capsule from vibrations.

A good boom arm makes it easy to move the microphone around or fix it in place when broadcasting. RODE’s PSA 1 Swivel Mount is popular with streamers like Vikkstar123 and Dubs for its solid construction and practical design.

The PSA 1 is easy to mount on most desks because it comes with two mounting systems. One is a grommet mount that needs a hole drilled through the desk, and the other is a clamp that fits onto the edge of the desk.

Users can adjust the PSA 1 into many positions because of its reach. The PSA 1 has a horizontal reach of 32.28 inches and a vertical reach of 33.07 inches. Thanks to the steel construction and spring-loaded arms, the PSA 1 can hold microphones up to 2.4 pounds and gives users the option to place it in the perfect position for streaming.

Streamers play for hours at a time and need a comfortable chair. Vikkstar123 uses the Pro XL Series from GT Omega. This chair is extra large, so it can easily fit plus-size gamers. It also comes with many options, and users can pick between leather or fabric upholstery and a range of colors, including red, blue, and white.

GT Omega’s Pro XL has the familiar racing seat design favored by gamers for its comfort. It has a tall backrest with two air vents for cooling, and users can add the supplied neck and lumbar cushions if they need more support.

Like most racing seats, the Pro XL has many adjustability options so the user can fine-tune it to their liking. The chair is height adjustable, and the four-way armrests can move up and down, left to right, and pivot. There’s also a recliner and a rocking feature for the user to lie back and relax.