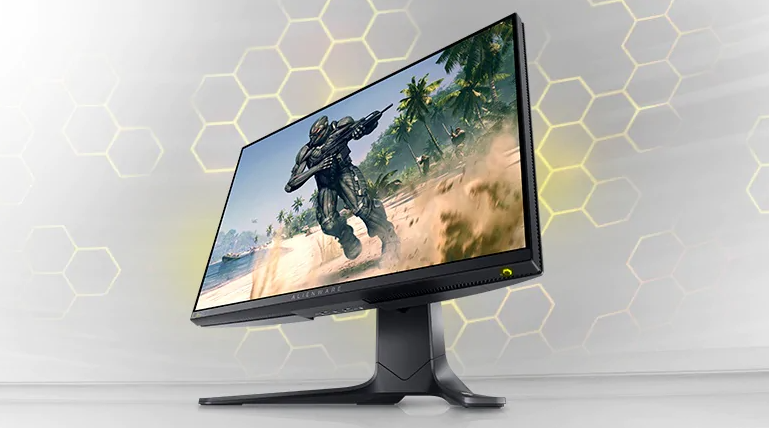 Speed is everything in competitive gaming, and a split second can be the difference between winning and losing. The latest gaming monitors feature a blistering 360Hz refresh rate. These monitors achieve some of the smoothest and clearest images possible, making them ideal for competitive and pro gamers.

Some sacrifices have to be made to accommodate the high speed. The high refresh rate limits these monitors to 1080p resolution and 25 inches in size. More casual gamers may prefer larger monitors with higher resolutions, but those who value speed above all else still prefer smaller monitors with faster refresh rates.

Currently, there are very few 360Hz monitors available, so prices are still very high. The only available options are the ASUS ROG Swift PG259QNR, Alienware AW2521H, and Acer Predator X25. MSI’s Oculux NXG253R will soon join them, but the release date is unclear. The high price and relatively lower resolution limit the current 360Hz monitors’ audience to players needing the fastest display possible.

The Asus ROG Swift PG259QNR  was the first monitor to achieve the coveted 360Hz refresh rate. This groundbreaking monitor features a 24.5-inch IPS panel with Full HD 1920×1080 resolution. It also has a quick one-millisecond Grey to Grey (GtG) response time to keep up with the blistering refresh rate.

HDR 10 compatibility and adaptive sync are two other features that improve the picture quality on the PG259QNR. Instead of a full array local dimming panel (FALD), the PG259QNR  uses an edge-lit array. Nvidia G-Sync compatibility is standard, and the PG259QNR also works with AMD Freesync.

The PG259QNR follows the same Asus design language as other monitors in the ROG lineup. It uses the same spiked legs and spiraled gold accents on the base with a massive RGB ROG logo on the back.

Connectivity options include an HDMI 2.0 port, a DisplayPort 1.4, three USB 3.0 ports, and the 3.5-millimeter audio jack. A single HDMI port is disappointing for a top-of-the-range monitor, especially compared to the two ports offered on the AW2521H and the X25. The HDMI port is limited to 240Hz only, so users wanting to experience the 360Hz refresh rate are limited to the DisplayPort.

There are several adjustability options on the PG259QNR to ensure users get the best view possible. The monitor offers minus five to 20 degrees of vertical tilt, and it rotates up to 90 degrees. Horizontal swivel is limited to 25 degrees, and the height adjusts up to 120 millimeters or 4.72 inches. Users looking to save desk space can use the provided desk mount that clamps to the edge of a desk. There’s also VESA compatibility for users who want to mount the PG259QNR on a wall.

Asus’ PG259QNR sits in a similar price range to the other monitors listed below, and it has comparable features as well. Where this monitor stands out is the inclusion of a clamp mount. The included mount eliminates the need for the legs that get in the way of gaming if you’re short on desk space.

A major difference between the Asus and Alienware monitors is the design. The AW2521H follows Alienware’s Legend design language seen on its PCs and other devices. At the back, there’s a distinctive curve with an oval ring of RGB lighting. From the front, the AW2521H looks like a regular Alienware monitor with thin bezels on the top and sides and squared-off legs. Compared to the massive ROG logo on the PG259QNR, the small Alienware logo on the AW2521H is more subdued.

Connectivity is one area where the AW2521H narrowly beats the PG259QNR. Instead of a single HDMI port, the AW2521H has a pair of HDMI 2.0 ports. Other connectivity features include a DisplayPort 1.4, four USB 3.2 ports, and audio in and out ports. Like the PG259QNR, the HDMI ports on the AW2521H  have a maximum refresh rate of 240Hz, so users have to use the DisplayPort if they want to experience its full potential. Having more HDMI ports adds to the AW2521H’s versatility and makes it easier to connect multiple devices like TVs or consoles.

The Alienware AW2521H is similar to the PG259QNR in terms of performance and features. But its dual HDMI ports make it the better option for users looking to connect multiple devices.

The Acer Predator X25 is the third 360Hz monitor currently available, and it shares many specs with the other two monitors mentioned. Acer’s X25 has the same 24.5-inch display size, IPS panel, and 1080p resolution. Like the alternatives, there’s also built-in G-Sync compatibility. Where the X25 stands out is having the lowest response time of any monitor on this list. According to Acer, the Predator X25 has a response time of just 0.3 milliseconds, but that figure seems a bit too good to be true.

In terms of looks, the X25 is full black with aggressively styled legs on an adjustable stand. The monitor’s back has a diamond pattern framed by RGB lighting. One of the nifty features is a headset hook built into the stand.

Just like the PG259QNR, it only has a single HDMI port and a single DisplayPort 1.4. The other connectivity options include five USB ports and a headphone jack.

A feature not found on any of the X25’s rivals is the built-in speakers. The pair of two-watt speakers that are worth using when users don’t have a headset or speakers.

Acer’s X25 further differentiates itself from the PG259QNR and the AW2521H with its software. The monitor is compatible with Acer’s Light Sense app, which synchronizes the RGB lighting with the content on the screen. Meanwhile, the ProxiSense app senses how long users have played for and notifies them when they need to take a break.

The X25 edges out its rivals on this list for a couple of reasons. Having the fastest response time of 0.3 milliseconds makes it a great option for competitive gamers looking for the fastest gaming experience available. Another feature that adds value is the built-in speakers. These speakers won’t replace great headsets or desktop speakers, but they have decent enough sound to use in a pinch.

Given the limited variety of 360Hz monitors, the above selections are the only options currently available. MSI’s 360Hz display is set to drop sometime this year, but the company has yet to lock in an official release date.