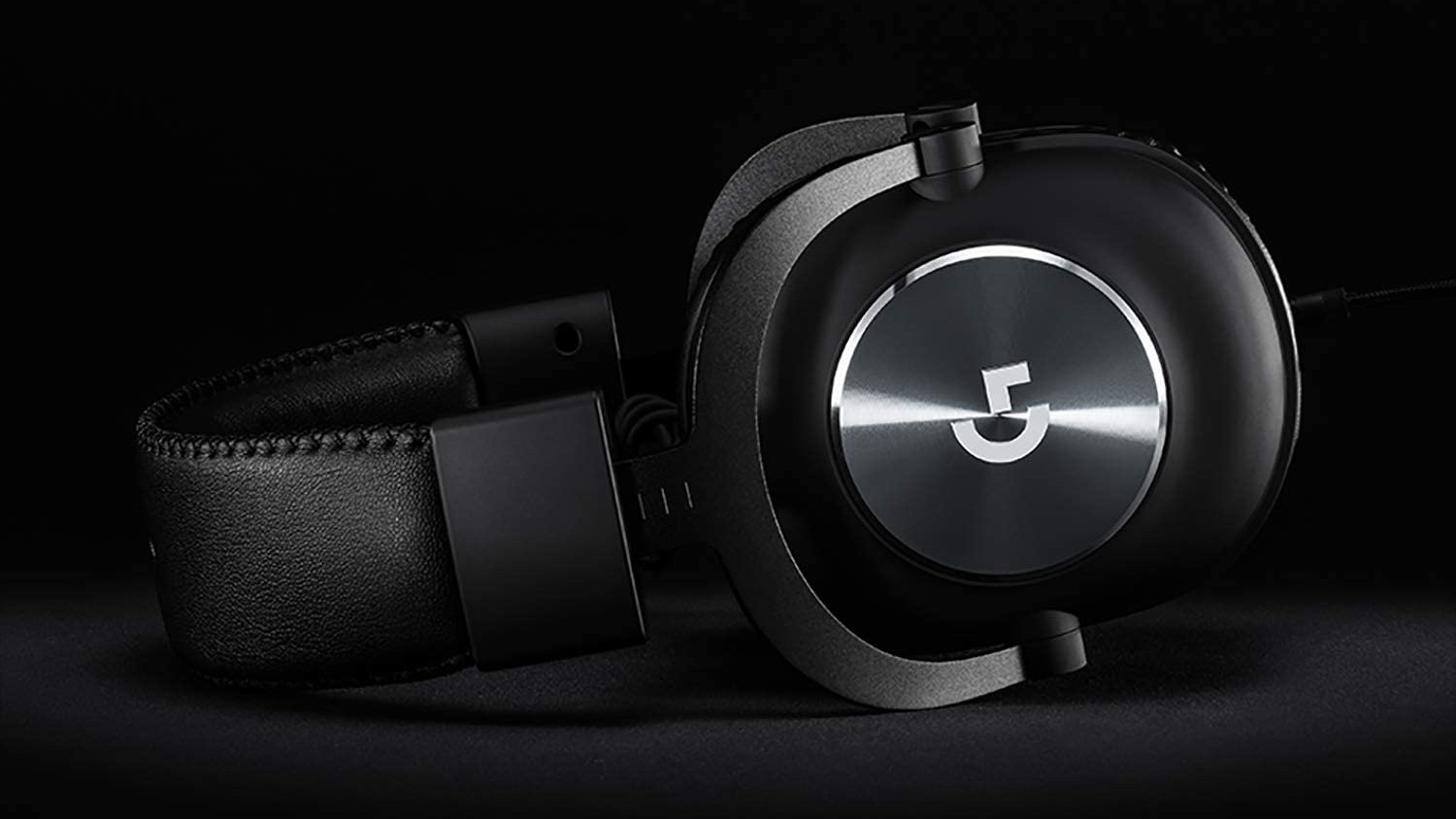 Founder in 1981 and pioneering peripherals with the first thumb-operated trackball and the first laser mouse, Logitech has grown into one of the world’s biggest peripheral makers. They’ve since gone on to acquire a string of other industry leaders: Saitek, Astro Gaming, Blue Microphones, and Streamlabs.

Logitech is one of the best headset brands, and its range includes high-end options like the Pro X Wireless to budget-friendly alternatives like the G432. Buyers can also choose between wired and wireless options. We’ve made a list of the best Logitech headsets taking their performance, features, and build quality into consideration.

Logitech’s G Pro X Wireless is the company’s flagship wireless headset designed to meet the rigors of pro gaming. As a wireless headset, there are no cables to get in the way, and it connects using the 2.4 GHz wireless frequency through a USB dongle. Players can expect a range of around 49.22 feet (15 meters) and up to 20 hours of battery life.

For a high-end headset, the Pro X Wireless has a fairly subtle design. There are no bright lights, and it has a more classy look with an all-black appearance with circular silver accents on the earcups. Fans can also choose the Shroud version that swaps out the silver accents for alternatives with his name on them. There’s soft leatherette padding around the steel headband and on the earcups. Players who find leatherette too hot for long gaming sessions can swap them out for the provided cloth alternatives. The on-ear controls for the volume, mute, and power sit on the left earcup, and so is the detachable, Blue-Voice enabled microphone.

The Pro X Wireless doesn’t come cheap, but it’s packed with features and comes with spare earpads and a carry bag. It’s one of the best choices for PC gamers, but console players will have to look at other options like the Pro X.

The Logitech G Pro X is the wired version of the Pro X Wireless and has a similar design. Instead of connecting with a wireless dongle, the Pro X comes with cables for different devices. PC players can connect with a USB digital to analog converter (DAC), while console and mobile users can use the 3.5-millimeter cable. There’s also a splitter included for connecting to separate 3.5-millimeter PC ports. Another difference between the two headsets is that the PRO X has inline microphones built into the cables, so users don’t need the detachable alternative included in the box.

Most of the design elements on the Pro X match its wireless sibling, and it features the same all-black look with silver accents. The 50-millimeter drivers are also carried over, and so is the detachable Blue Voice enabled microphone. Logitech even includes the same accessories like the extra earpads and a carry bag.

The sound quality on the Pro X varies depending on the connection type. Users can only access G Hub through the USB DAC, and there are limited audio options through the 3.5-millimeter cables.

One of the best things about the Pro X is its versatility. It can work on PCs, consoles, and mobile devices thanks to all the cables it includes. It’s also considerably cheaper than the wireless version while having the same sound and build quality.

The Logitech G935 is a more affordable alternative to the Pro X Wireless and gives off a gamer vibe thanks to its chunky shape and RGB lighting. While some headsets overdo RGB lighting, the G935 only has a single strip running vertically down each cup and a glowing Logitech logo on the side. That said, users won’t see it while they play, although it might be appreciated by streamers wanting to stand out.

Thanks to its huge size, the G935 manages to cram most of the controls onto the left earcup. It houses the volume dual, mute, and power buttons. There are even additional buttons for cycling through equalizer and lighting profiles. Logitech even included the retractable microphone and a nifty compartment for the dongle in the left earcup.

Like the Pro X Wireless, the G935 connects to the PC through a 2.4 GHz wireless connection. It has a range of around 49 feet (15 meters) when it’s used indoors and around 65 feet (20 meters) for outdoors use. The battery lasts around 12 hours, but it drops to eight hours with the lighting activated.

Despite its slightly dated appearance, the G935 has a strong feature set. It offers virtual surround sound and wireless connectivity for considerably less than the Pro X Wireless. There’s also vivid RGB lighting for users that are into that sort of thing. One of the biggest drawbacks of the G935 is its bulky size that makes it hard to transport and uncomfortable for some users.

The Logitech G435 comes in a range of bright colors and is geared towards younger players. It comes in the obligatory black, and more adventurous buyers can also pick between Blue and Raspberry, or Off-white and Lilac for some more flair.

Another design element making the G435 more suitable for younger buyers is its diminutive size. At just 6.4 by 6.7 by 2.8 inches, it’s the smallest and lightest headset on this list. The dual integrated microphones on the right earcup add some practicality, but can’t compete with boom mic rivals. Logitech markets the G435 as its “most sustainable headset yet,” and it’s made with a minimum of 22 percent recycled plastic by weight, and it comes in eco-friendly packaging.

There are multiple wireless connectivity options on the G435 but no wired connections. Players can connect with either a 2.4GHz connection or via Bluetooth. The 2.4GHz connection is ideal for gaming, and the Bluetooth connection allows the headset to connect to mobile phones and tablets. Buyers can expect the battery to last for a long 18 hours, but the range isn’t great at just 33 feet (10 meters).

While the G435 offers two wireless options and vibrant colors, it’s obvious that Logitech took some cost-cutting measures to keep the price low. The G435 has small, 40-millimeter drivers to match its size, and there’s no G HUB software compatibility. It’s still a viable entry point for younger players getting their first gaming headset.

Many players don’t need premium features like wireless connectivity and just need an affordable headset to enjoy their games. Logitech’s G432 fits the bill with a combination of a low price and compatibility with most platforms.

The G432 keeps things simple with a wired connection only. Buyers can connect the headset directly to a PC with a 3.5-millimeter cable or through a USB DAC. While the 3.5-millimeter cable doesn’t offer software compatibility on PC, it works with consoles like the PlayStation 5 and Xbox Series X.

Buyers can’t expect the most robust design considering such a low price point. The G432 is made from matte black plastic with a metal strip in the headband. Its only distinguishing features are the Logitech logos on the outer earcups and the company’s signature blue color surrounding the ear pads. The left earcup houses the volume dial and flip-down microphone.

Despite its budget-friendly price tag, the G432 still has 50-millimeter drivers instead of the 40-millimeter ones found in the G435. It also offers virtual 7.1 surround sound and EQ settings through the G Hub app if connected to a PC.

The G432 is one of the cheapest ways for buyers to get their hands on a Logitech headset. It might have flaws like bland looks, but it offers decent sound quality for a low price.