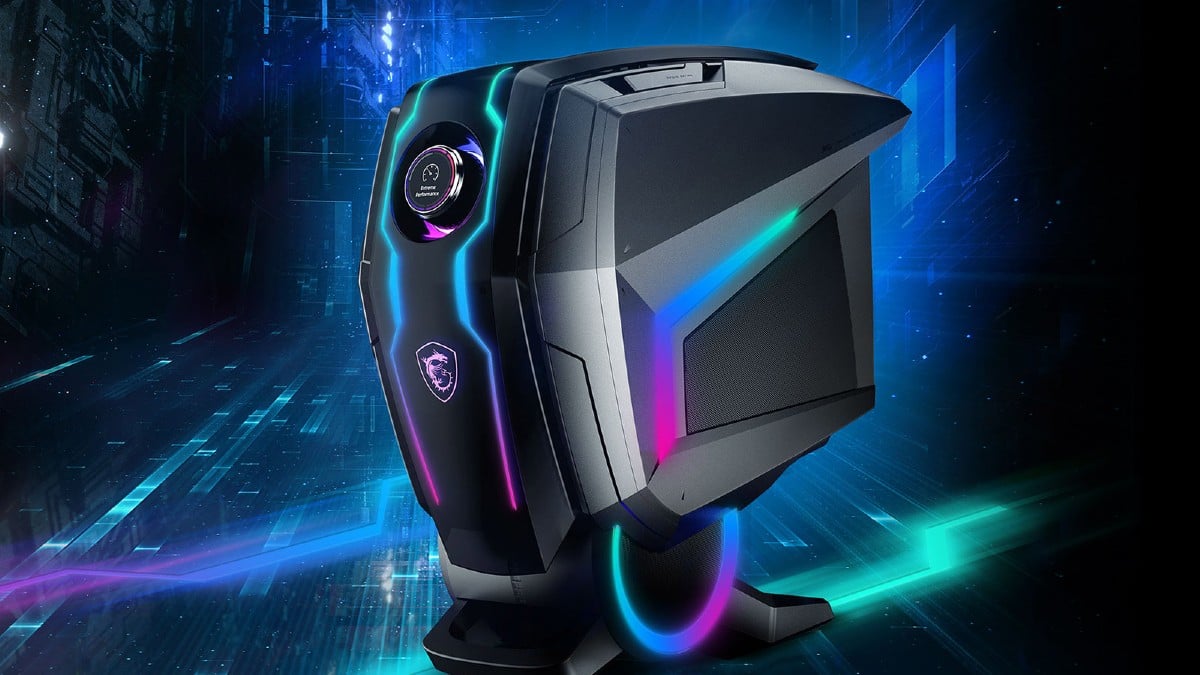 If you want a great gaming PC, you can build a custom gaming rig or buy a pre-built branded computer. They both have pros and cons, and either route can give you a top-of-the-range PC that can handle any game.

When you build your own, you can handpick each part to fit your desired theme and create a PC nobody else has. It can also be cheaper because you can build it in stages or only include the components you need. The downside is that you have to plan and ensure that all the components like the motherboard, SSD, gaming case, and power supply are compatible and work well together.

If you choose to buy a gaming PC, you can get one from an established brand with a reputation for performance and quality. With a pre-built PC, you are assured that all the parts work together, and there’s probably a lengthy warranty to protect you from failures. Branded gaming PCs come in many tiers, so there’s one for nearly any budget.

The best gaming PC brands are often subsidies or divisions of popular PC brands. Dell Alienware, Asus ROG, and HP Omen are some examples. These brands are renowned for their products, and their gaming divisions take things a step further by making high-end products for gaming. Other brands like Corsair and MSI traditionally build components but have expanded into building gaming PCs.

This review will talk about some of the best gaming PC brands with exceptional products.

Alienware was founded in 1996 as Sakai before rebranding to Alienware in 1997. The founder, Nelson Gonzalez, started out by modifying his friends’ computers for gaming because the standard PCs at the time weren’t capable. Soon the company was only making specialized gaming PCs, and its reputation grew. It then released the Alienware Blade, which won the PC Gamer’s editor’s choice award, and put it on the map.

Alienware was taken over by Dell in 2006 and has continued to make exceptional gaming equipment. The company is known for its innovation and pushing the boundaries of what a gaming PC should be. Many of its designs are completely different from everything else on the market, but the quality is always top-notch. The new Aurora R11 Gaming Desktop proves that Alienware is still at the top of its game when making the best gaming PCs.

Omen is another company that started small before being taken over by a massive corporation. It was established in Calgary, Canada, as VoodooPC and made luxury PCs and gaming rigs. In 2006, HP took over and continued to use the Voodoo brand until 2013. Since then, the company was rebranded as Omen but still uses the original distinctive logo

HP is known for quality computer products, and the Omen subsidiary uses all its resources and technology to make some of the best gaming PCs you can get. The Omen line now incorporates peripherals like mice, headsets, and keyboards in the company’s signature black color with red accents. The Omen Obelisk is its current top-of-the-range PC with incredible performance.

Corsair was established in California in 1994. It started out making computer components like cache modules and DRAM modules. From humble beginnings, the company expanded into making more computer components and eventually branched into making its own branded PCs. Corsair has continued to grow over the years and has acquired other companies like Scuf Gaming, Origin Computers, and Elgato.

The Corsair ecosystem is now massive, with products ranging from headsets and keyboards to cases and gaming PCs. One of the best reasons to use Corsair products is because they can all be linked using the iCUE app. The app gives all your components real-time status, and you can sync them to work better together and have matching RGB lighting colors. The Corsair One i165 is its latest compact gaming PC with a full-size gaming rig’s performance.

The ROG brand is the gaming arm of computer giant Asus. Asus is a Taiwanese company founded by ex-Acer employees in 1989. It started out making motherboards for early Intel processors and rapidly grew thanks to its quality and reliability. Asus is currently one of the world’s largest hardware vendors and makes everything from PC components, servers, smartphones, laptops, and more.

Other brands like Omen and Alienware use some outsourced components from third-party manufacturers. The ROG brand mainly uses in-house components and turns them into incredible gaming equipment. Even if you don’t want a pre-built PC, you can build a custom rig only using Asus ROG components. The ROG Huracan G21CX is the company’s latest gaming masterpiece.

Predator is part of Acer and focuses on making outstanding gaming equipment. Acer is another Taiwanese company and was founded in 1976. It also started by making components but shifted to making IBM PC compatible computers in the 1980s. Since then, the company has grown into one of the largest suppliers of computers, laptops, and monitors globally.

The Predator brand kicked off in 2008 with the launch of the Acer Aspire Predator desktop PCs. The range has grown into laptops, monitors, and other accessories. All the Predator range products have the highest quality, and its latest invention is the Thronos Air gaming chair.

Origin PC is now a subsidiary of Corsair. We’ve still added it to this list because it offers a different service to its parent brand. Origin PC was started in 2009 by ex-Alienware employees who wanted to go back to building custom PCs. By 2019 the company had grown exponentially and was acquired by Corsair.

Origin PC differs from all the other brands on this list because every unit is built to your exact specifications and requirements. Instead of spending hours putting together a one of a kind rig, you can get Origin PC to do it for you. Everything from the color of the case to the material used for the panels can be chosen individually. You can expect to pay more for an Origin PC build than a standard pre-built PC, but it’s worth it for a unique creation.

Micro-Star International (MSI) was established in 1986 in Taiwan. It’s another company that started by building motherboards and add-on cards. All its products have stellar performance and fueled the company’s growth. It released its first notebook PC in 2004 and first all-in-one in 2009. MSI is noted for being heavily involved in esports and kicked off its gaming line by sponsoring Fnatic in 2008.

MSI makes everything from motherboards to graphics cards and gaming cases. The company’s gaming line incorporates laptops and desktops with different tiers of performance. You can get a basic Bravo Series laptop or opt for a top-tier Titan Series. The Aegis Ti5 is the company’s flagship gaming PC.