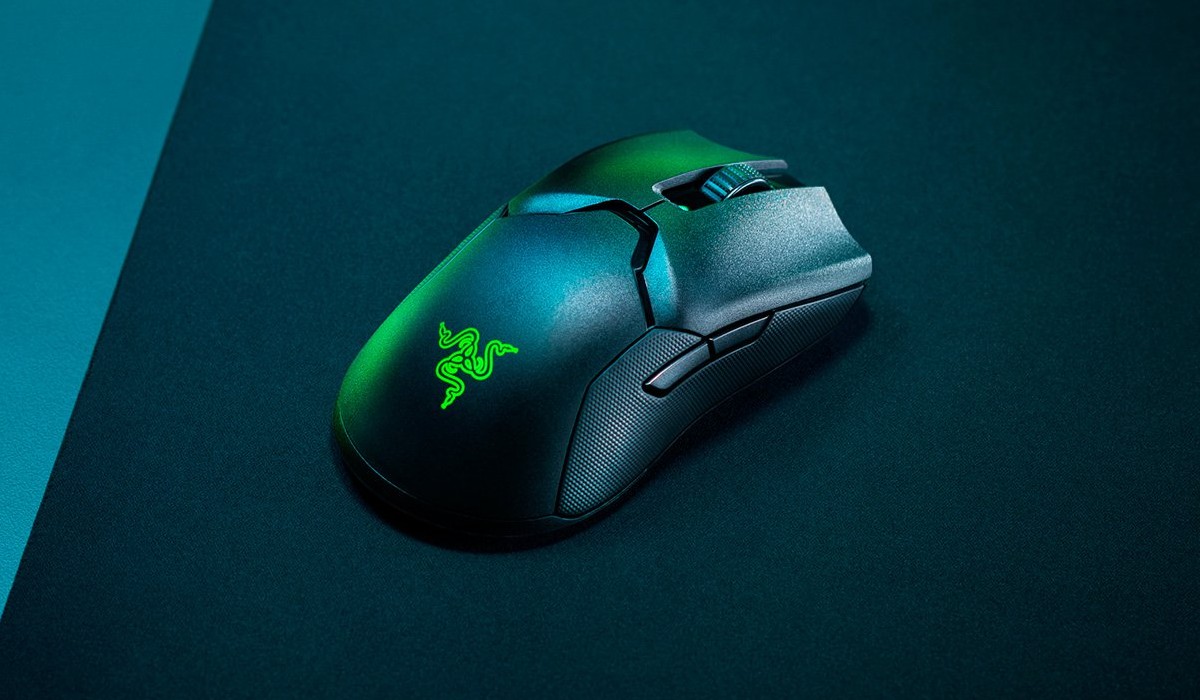 With the holiday season around the corner, many shoppers are stocking up on gifts for their loved ones. Given the constant stream of new gaming gear that drops every year with more advanced specs and better performance, gifting a new mouse to the gamer in the family is a prudent idea.

When it comes to gaming mice, there are countless options available. Some players prefer wireless mice because there’s no cable drag, while others prefer lightweight options that are easier to maneuver. While some players can manage with just the standard buttons, many need extra buttons for mapping in-game functions.

It can sometimes be challenging to shop for gamers since there are many technical specs to consider when looking at the latest products. With a list of the best gaming mouse options available and easy-to-understand descriptions, this gift guide can make it easier to find the ideal present. The following list includes the best wireless, wired, and ultralight gaming mice options at every price range.

Razer’s Viper Ultimate is a wireless ambidextrous mouse that is popular with many gamers. Its symmetrical shape is easy to grip, and there are buttons on either side for left or right-handed users. The other buttons are standard, with the left and right clicks and a scroll wheel. At 74 grams (2.61 ounces), the Viper Ultimate doesn’t weigh much, but it’s still heavier than the ultralight mice on this list.

Performance is another strong point of the Viper Ultimate. It uses a 20,000 DPI sensor with responsive optical switches that offer a 0.2 millisecond response time. This mouse also works with a wireless 2.4GHz connection with a range of around 59 feet (18 meters) and up to 70 hours of battery life.

Logitech G’s Pro Wireless rivals the Viper Ultimate as one of the best wireless options for left-handed and right-handed users. Both mice have an ambidextrous design with a symmetrical shape and buttons on the left and right sides. While the style and button layouts between the two mice are similar, the Pro Wireless is slightly heavier at 80 grams (2.8 ounces).

This mouse is designed for competitive gaming and offers outstanding performance. Compared to all the mice listed here, it has the most capable sensor, which reaches up to 25,000 DPI. The Pro Wireless also uses Logitech G’s Lightspeed technology to provide a stable, lag-free wireless connection on the 2.4GHz band. Users can expect a wireless range of around 49 feet (15 meters) and 60 hours of battery life without the lighting and approximately 48 hours with the lighting on.

The SteelSeries Rival 5 gaming mouse gives users extra buttons that can be useful for playing multiplayer online battle arena (MOBA) games, like League of Legends. Similar to the Viper Ultimate, the Rival 5 has a symmetrical shape, but it only has buttons on the left side and is targeted at right-handed users. In addition to the usual pair of side buttons, the Rival 5 and up and down toggle switch and a large button further forward on the left side. At 85 grams (2.99 ounces), the Rival 5 matches the Naga X’s weight.

For a mid-range mouse, the Rival 5 has impressive performance. It has an 18,000 CPI sensor that can be adjusted with a button behind the scroll wheel or the SteelSeries Engine app. RGB fans might appreciate the 10 lighting zones that are also configurable with the app.

While the Rival 5 gives users extra mouse buttons, the Razer Naga X takes things to another level by adding more functionality. Razer’s Naga X has all the usual buttons, including a DPI adjustment behind the scroll wheel, but there’s also a number pad on the left side. The number pad includes eight textured buttons in a three-by-four grid format. Users can program the buttons for in-game functions, and the textured finish makes them easy to distinguish from each other.

Despite the extra buttons, Razer’s Naga X matches the Rival 5 in some areas. Both mice have 18,000 DPI sensors and weigh 85 grams (2.99 ounces). One of the biggest differences between the two mice is that the Naga X has limited RGB lighting with zones around the number pad and scroll wheel only.

Logitech G’s G203 is a budget gaming mouse with basic functionality. The G203’s no-frills design includes the left and right clicks, the scroll wheel, two side buttons, and a DPI adjustment button. Compared to most mice on this list, it’s available in a range of colors, including black, blue, lilac, and white. Logitech includes RGB lighting on the logo and back of the mouse to alleviate the look. When it comes to weight, the G203 matches the 85 grams (2.99 ounces) of the Naga X and Rival 5.

As a budget option, the G203 doesn’t have the most advanced sensor. Users can cycle the sensitivity up to 8,000 DPI with the G Hub app or the button behind the scroll wheel. Despite its low price, the G203 still offers one onboard profile and comes with durable mechanical switches to provide a reliable gaming experience.

Razer’s DeathAdder range remains popular after so many years because of its renowned comfort. The latest V2 takes the same comfortable shape but upgrades the performance to modern standards. This right-handed mouse keeps things simple with an eight-button design, including two programmable buttons behind the scroll wheel. Like the Viper Ultimate, it uses Razer’s optical switches with a 0.2-millisecond response time. Compared to most of the mice listed here, the DeathAdder V2 is also relatively light at 82 grams (2.89 ounces).

Apart from comfort, the DeathAdder V2 also excels in the performance department. It uses the same 20,000 DPI sensor as the Viper Ultimate while costing significantly less. The DeathAdder V2 also offers users up to five onboard profiles, making it ideal for traveling or tournaments.

The SteelSeries Sensei 310 is a more affordable ambidextrous mouse than the Viper Ultimate and Logitech G Pro Wireless. While it keeps its rivals’ symmetrical shape with left and right-handed side buttons, the Sensei 310 goes one step further than the Logitech G Pro Wireless and Viper Ultimate by including an easily-accessible button to change the DPI on the fly. Compared to most of the mice listed here, the Sensei 310 is heavy, weighing in at 3.2 ounces (92.1 grams).

While the sensor on the Sensei 310 doesn’t have the highest DPI, it’s enough for most users. The sensor goes up to 12,000 CPI and offers one-to-one tracking. This means that when the user moves the mouse on the mouse pad, the cursor follows the exact moment on the screen. However, this function only works between 100 and 3,500 CPI.

Buyers looking for an ultralight gaming mouse might consider Cooler’s Master MM711. At just 60 grams (2.11 ounces), it’s one of the lightest mice currently available. One of the ways Cooler Master keeps the weight of the MM711 low is with a perforated honeycomb design. The design extends from the palm and covers the left and right-click buttons, sides, and even the underside of the mouse.

For such a lightweight mouse, the MM711 has decent performance. It uses a Pixart PMW3389 sensor going up to 16,000 DPI and has durable Omron switches with an estimated 20 million click lifespan. Many ultralight mice cut out the DPI adjustment button, but the MM711 includes one behind the scroll wheel to allow users to adjust settings mid-game.

The SteelSeries Aerox 3 is a more affordable rival to the MM711. It uses the same perforated honeycomb design to reduce as much weight as possible and is marginally lighter at 59 grams (2.08 ounces). Despite its perforated design, the Aerox 3 has an IP54 rating, meaning it can withstand small amounts of dust and water splashes from any angle. However, it’s still advisable to keep the Aerox 3 away from moisture.

Out of all the mice listed so far, the Aerox 3 has the lowest CPI range. The Aerox 3 is limited to 8,500 CPI, but it should be more than enough for most gamers. Users can switch between the CPI settings using the button behind the scroll wheel or the SteelSeries Engine program.

The Glorious Model O is another ultralight mouse with a familiar honeycomb design. It follows the MM711 and Aerox 3 with its right-handed, six-button design. Where the Model O differs is its inclusion of RGB lighting strips on either side. While the Model O is known for its light weight, it’s heavier than the MM711 and Aerox 3 at 67 grams (2.36 ounces). Users can pick between three colors, including black, white, and pink. There are also numerous accessories available from Glorious, like skates, bungees, and USB cables, that are ideal stocking stuffers.

To make the mouse of its ultralight design, the Model O features a fast sensor to keep up with the competition. Glorious’ Model O uses a PixArt PMW3360 sensor capable of up to 12,000 DPI. Additionally, users won’t have to worry about the mouse getting worn out because it uses Omron switches with a 20 million click lifespan.