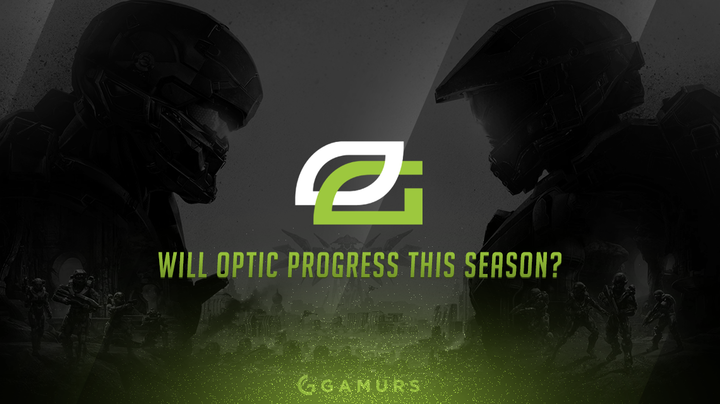 This Sunday, OpTic Halo was ableto place second in the North American Last Chance Qualifier andearn the last spot in the HCS Pro League. This placement did notcome easy for this ambitious team and we were really able to seethese players pushed to their limits.

Although this tournament marks agreat day for OpTic Halo and their fans, this is not a time forcelebration but a time to get back to the drawing board and planout how they will handle their competition in the Pro League. OpTicis a very talented team with a lot of potential but they are in noway perfect and many of their flaws constantly put them in aposition of losing when, in my eyes, they should be at the top.OpTic is a very emotional team that has a hard time handling slowpaced nail-biting matches. We see this all the time when they playslow paced games like Slayer on Plaza or Slayer/Strongholds onEden. Although they have all the slaying power they need to make itthrough any match, this emotional problem they have greatly hurtstheir chances of winning close games and this becomes a majorproblem for them when they play against teams that are either attheir level or above their level. OpTic showed this problem greatlywhen playing against Team Liquid in their Winners Bracketmatch of the Last Chance Qualifier. OpTic started offwith great playmaking moments leading to a rise in momentum, butLiquid eventually caught up with them and OpTic fell through thecracks. What should have just been a tough loss in one game turnedout to be a four game disaster for OpTic.

They were able to bounce back inthe Loser’s Bracket, but the teams they beat are no longer going tobe the teams in the Pro League. Instead, they will be facing highercaliber teams like Team Liquid who dismantled them in this eventand my concern is that if Liquid is doing this to them, how willOpTic handle teams like CLG and EG? I understand that every teamplays differently when they face different opponents and Liquidcould just be one of those annoying teams OpTic struggles beatingbut the fact is that OpTic still has serious problems that couldgreatly hurt their chances of doing well in this Pro League. In myeyes, OpTic is in the same position they were in last season whenthey won the Last Chance Qualifier and made it into the NorthAmerican Regionals. They performed very poorly in Regionals,placing top-sixteen, which was not a high enough placingfor them to qualify for the Halo World Championship, makingtheir tournament run all for nothing. In my eyes, the HCS ProLeague is just like the North American Regionals for OpTic Halo.This is their next big step to prove to everyone that they are aserious lineup and for them to prove this and progress this season,OpTic will need to make some major improvements in their in-gameperformance to emotionally keep up with all thecompetition.

What do you think aboutOpTic’s success in getting the last spot in the HCS ProLeague? Do you think they will progress from here? Let me know inthe comments section below.