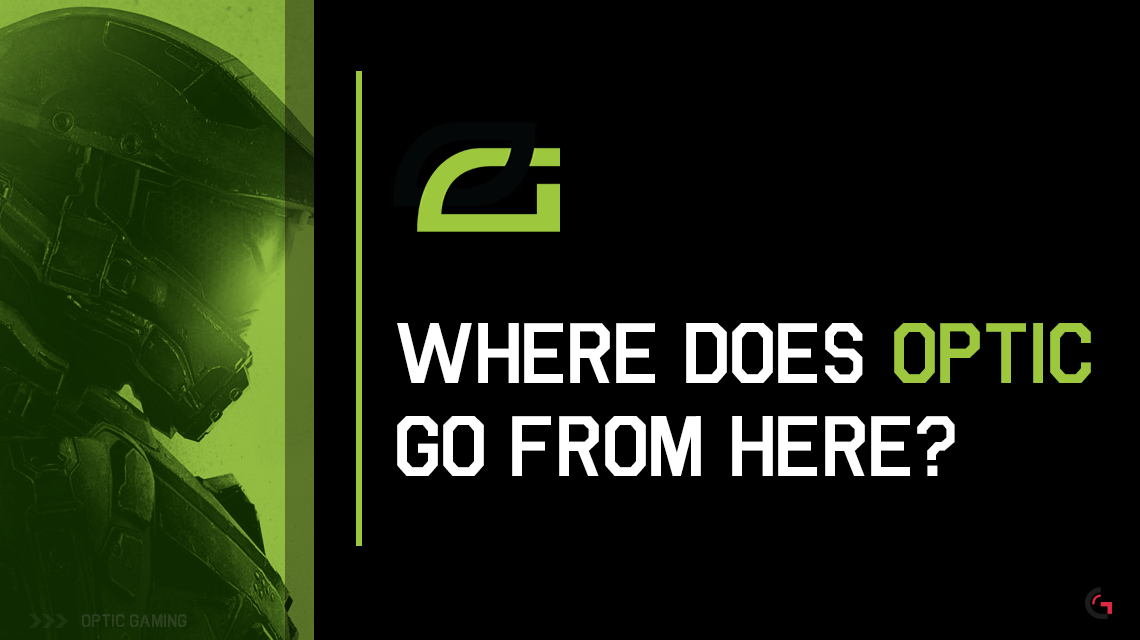 With all the odds against them, OpTic Gaming has been able to survive relegation and earn a spot in the Halo Championship Series Pro League for the Fall Season. Although this may not be a time to completely celebrate considering all the expectations this team had going into this season, surviving relegation has secured OpTic’s future in the Pro League and now this team has an opportunity to fix the problems that have greatly hurt them this season.

OpTic’s performance in Relegation has told us a lot about what this team is made of. With many doubting their ability to stay in the Pro League and with their constant conflicts in recent scrimmages, each player needed to give it his all for the team to live another day. For this team to go from consistently struggling online to looking like a slaying powerhouse on LAN is nothing short of incredible. Even though OpTic tends to perform better on LAN, what OpTic did this weekend was truly special, especially considering everything that was on the line for this club.

Surviving relegation has now given OpTic an opportunity to step back and reevaluate this season. While most would jump to the conclusion that team changes are necessary, I don’t believe that is the right move just yet. The OpTic we recently witnessed was nothing like the OpTic we have seen throughout this entire season. Constantly making big plays and slaying cohesively as a unit is an ability that I knew this team had right off of the bat, but they simply didn’t showcase this ability until recently. Typically, we would  see a couple of big plays made by a few members, but the team would have a very hard time maintaining the momentum to win. Several times this team has cracked under pressure and choked crucial opportunities to win games and close out series, which really hurt the overall level of confidence of the team.

Coming to the event, many believed that this would be the team’s downfall. Barring a couple of games, OpTic looked like the team many were anticipating from the season’s onset. While I wouldn’t compare them to Team Liquid, who looks like an absolute monster prepared for the next season, OpTic does looks like they are starting to effectively mesh as a team. This leads me to believe that this OpTic roster has extreme potential to be competitive once again.

As stated earlier, I don’t think OpTic needs a roster change. However, if they were to explore the option of picking another player(s) up, the organizations Pro status will be of great benefit. For players who are not on a Pro team, most tend to be willing to join any Pro team since the money and fame are in the Pro League. This means that OpTic with all its fame, benefits and Pro status shouldn’t have a hard time picking up players outside of the Pro League. In the past, we saw how OpTic picked up young prospect Braedon “StelluR” Boettcher to improve their team. Since he panned out well, OpTic may decide to look into picking up another young prospect. In relegation, both Abel “Rammyy” Garcia and Michael “Falcated” Garcia looked solid and consistently proved that they are not just typical online warriors. If OpTic decided to make roster changes, Rammyy and Falcated are likely two prospects whom OpTic might be interested in.

Other than finding new talent outside of the Pro League, OpTic also has the option of picking up sveteran players in the Pro League. Although these players come with the benefit of experience, it would be much more challenging to take this route considering that OpTic was the worst team in the Pro League this past season. It would be challenging to pick up some of the top pros, but it isn’t impossible especially considering all the benefits OpTic provides compared to other organizations in the Pro League. Tyler “Ninja” Blevins, Tyler “Spartan” Ganza and Eric “Snip3down” Wrona would be great additions to OpTic due to their leadership roles on their respective teams and their ability to make clutch plays. If OpTic was to explore this route, it would be very difficult to convince any of these three players to leave their teams and join. Keep in mind though, that Evil Geniuses seems to be on a downward spiral, Liquid’s future roster is uncertain as of now and although Ninja seems to be doing very well with Cloud9, OpTic has both a roster with serious potential and a massive fan base that would give Ninja (or any player) a major boost in his streaming career.

Overall, OpTic has many options moving forward and with plenty of time before the Fall season begins, OpTic will have more then enough time to make their choice. This was a great win for the Green Wall, the fans and the organizationa alike. If OpTic had lost, things would be very different for this team, so let’s hope OpTic takes advantage of this opportunity to improve their team and have a great Fall season.

What do you think about OpTic’s future? Let me know in the comments section below and be sure to follow us on Twitter – @GAMURScom – for more esports coverage.