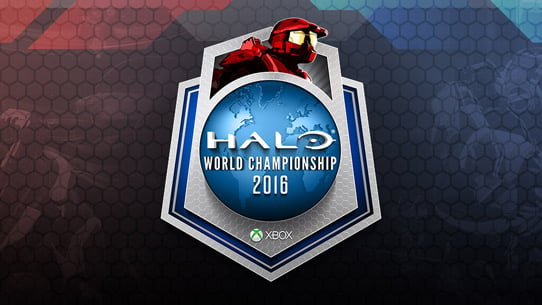 This weekend was the Halo World Championship of 2016. The top 16 teams in the world competed in what was the largest Halo event in Halo history. Here are the results:

1st: CLG: $1,000,000 Many were confident that CLG was going to pull through with the win in this event. The talent on this team, combined with their experience and chemistry, makes them one of the most well-balanced teams to ever grace the game. They looked very strong in pool play, only dropping one map against the teams they faced. Come bracket play, they continued to show their dominance with a hot 3-0 against EG, a team many fans were hoping they would meet in the finals. They would then take the series against Denial 4-2 in the semifinals and 4-0 against Allegiance in the Grand Finals. This was a very impressive performance from CLG, and they clearly deserve the win.   2nd: Allegiance: $500,000 Allegiance played an impressive event. With a rough pool, Allegiance hoped to bounce back strong in bracket play. They did just that, being able to beat both Renegades and eLevate, but were destroyed by CLG in the Grand Finals. This was still a very good event for this talented team and they have to be happy with the outcome overall. Naded also won tournament MVP and an awesome Battle Rifle trophy.   3rd/4th: eLevate: $250,000 eLevate made a lot of fans proud at the Halo World Championship. The young roster consisting of Rayne, Penguin, Swift Kill, and Calm put on a show, demonstrating their individual talent as well as chemistry. They dominated pool play, not dropping a single series and even beat Denial 3-0. Then they came into bracket play very strong with a solid 3-0 against Epsilon in the quarterfinals. This team was formally under Noble eSports before being acquired by eLevate in an undisclosed deal.   3rd/4th: Denial eSports: $250,000 Denial looked great with a 2nd place finish in Regionals and that momentum helped to carry them along in this event. They performed well in pool play but definitely seemed a bit disconnected against Team Liquid in the quarterfinals, however, they still came out with the win. They were then forced to run into a red-hot CLG team that just 3-0’d EG in the quarterfinals. They fell 4-2 in the series but had some nail-biting games against CLG. Their weakness in objective work really seemed to hurt them in a lot of crucial situations and ultimately caused the loss.   5th-8th: Epsilon eSports: $75,000 Epsilon definitely exceeded people’s expectations at this event. They were stuck with both CLG and Cloud 9 in pool play, but they made it out and into the bracket, only to be demolished by eLevate 3-0 in the quarterfinals. This was definitely a tough loss for them but they should still be impressed with the placement they had considering they are the only non-North American roster to make it out of pool play.   5th-8th: Renegades: $75,000 After beating EG 3-2 in their first match of pool play and 3-0’ing Infused in their second match, fans were confident that Renegades would do well come bracket play. Unfortunately, they had to face a determined Allegiance team that was able to pull through with a narrow 3-2 comeback victory over Renegades. It was definitely a tough loss for the team, but hopefully they stick together next season and improve on the things they need to work on.   5th-8th: Evil Genius: $75,000 No one in the world would have expected EG to have fallen in the quarterfinals in this event. After a rough loss to Renegades in pool play, EG fired back with a 3-0 win against EU Team Infused. Unfortunately, once they went to bracket play, EG was forced to face rival CLG in the quarterfinals and they were demolished, losing 3-0. This was definitely a poor performance from this team and it’s pretty hard to point out the exact reason as to why. Can they return to dominance in the future? 5th-8th: Team Liquid: $75,000 Team Liquid dominated in pool play, being able to 3-0 both EU Team exceL and Allegiance. With such a strong showing, they were poised to dish some serious damage in bracket play but unfortunately fell short to Denial 3-2 in a nail biting quarterfinals matchup. Liquid definitely improved in the end of this season and hopefully this leads to even more great things from this team.   These are the results of the 2016 Halo World Championship. Next up, the Halo Pro League! How did you like the event? Let us know in the comments below.