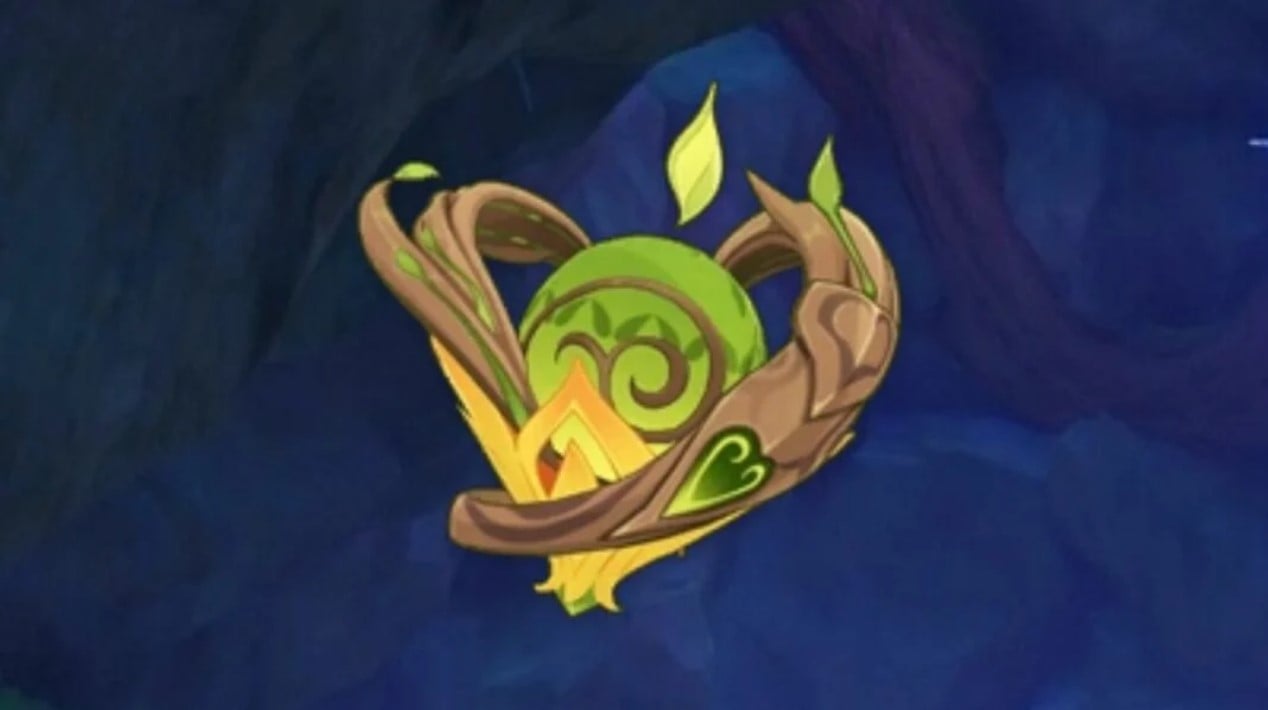 The Fruit of Fulfillment Catalyst was added in Genshin Impact with the arrival of the 3.0 version with other four new forgeable weapons based on tales from a king, their squire, and even the desert.

You’ll have to complete several tasks to get all the different Blueprints for the Sumeru forgeable weapons. You can do only the first quest and trade one Stories of You and the Aranara for the sword’s Blueprint if you want just the Fruit of Fulfillment Catalyst.

How to get the Fruit of Fulfillment Catalyst in Genshin Impact

This weapon’s recipe will become available when you reach the Aranyaka Part II: Dream Nursery chain of quests.

Complete the sub-quests from The World of Aranara, which is the first one to unlock after you complete The Lost Child quest, to get the new forgeable weapons’ Bluprints.

You’ll need to find Amadhiah to start The World of Aranara. Head to Vimara Village so you can begin your search for the Stories of You and the Aranara. They will be the currency you can use to exchange for the Fruit of Fulfillment Catalyst recipe and the other Sumeru weapons.

You can get the first copy of Stories of You and the Aranara from Arama after completing the tasks he has given you to enter the realm of the Vanarana during the Dream Nursery quest. A few of the tasks include collecting Phantasmal Seeds, helping the little Aranara creatures by defeating fungi, and clearing rocks blocking an entrance, for example.

The other Stories of You and the Aranara can be found with Varuna Gatha in the A Prayer for Rain in the Fecund Land quest, with Agnihotra Sutra in The Final Chapter, Vimana Agama: Dev Delver Chapter, and with Aranyaka Part 3: “Hello,” “Thank You,” and the Final “Goodbye” quest.

Those quests unlock as you complete them in order and will make you travel across the new region while completing those five quest chains to get the five forgeable weapons of Sumeru.

Once you have all the Stories of You and the Aranara copy, go to Aravinay’s Shop beside the Tree of Dreams and trade them for Genshin weapon recipes.

Among the five recipes, pick the Tale of the Portent to get the Fruit of Fulfillment Catalyst weapon. You’ll need to grab a Midlander Catalyst Billet, 50 Crystal Chunks, 50 White Iron Chunks, and 500 Mora before heading to the forge and finally make it.

All of Fruit of Fulfillment’s ascension materials

All weapons can upgrade up to level 90, which equates to six ascensions. Each upgrade will elevate its attack and Elemental Mastery stats but requires some items to be made such as Mora and two other weapon ascension materials that can be harvested throughout the map.