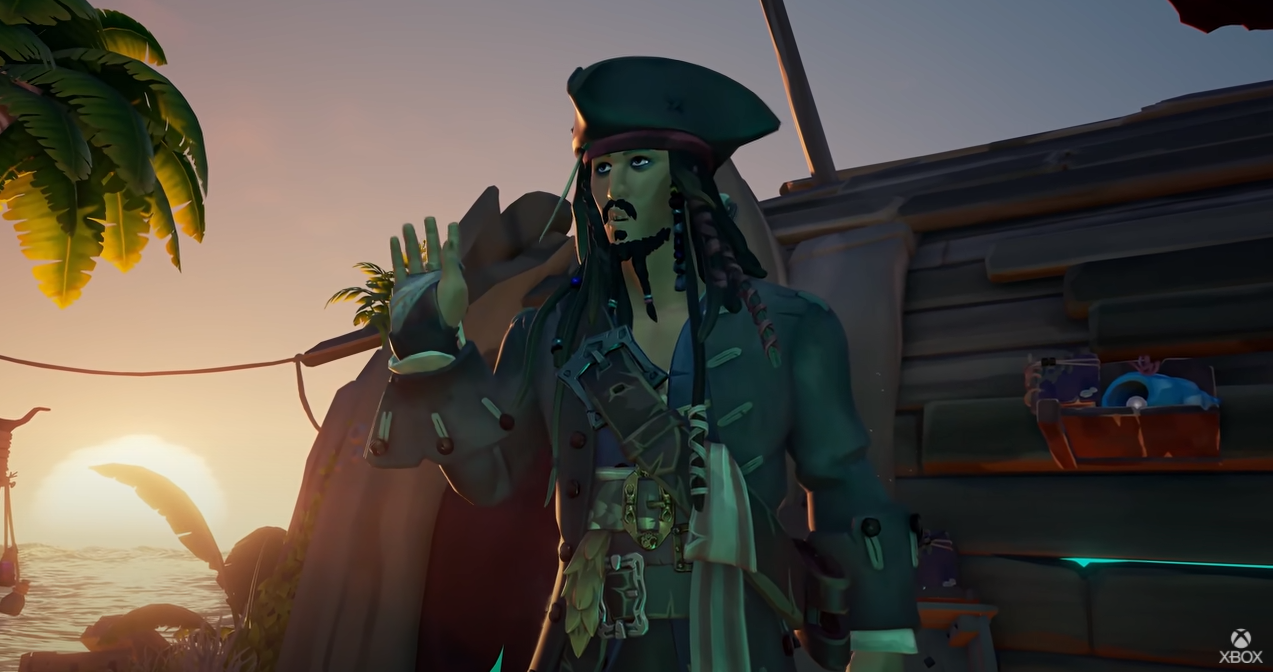 The infamous Captain Jack Sparrow is making his way into Sea of Thieves this week as a part of A Pirate’s Life.

The Disney collaboration with Sea of Thieves will launch tomorrow, June 22.

A Pirate’s Life is an original story crafted for SoT driven by the Pirate of the Caribbean protagonist Jack Sparrow who predictably has found himself in a bit of trouble.

Through five “tall tales” of questing, players will be able to “save the Pirate’s Life” while also encountering some recognizable faces from Disney’s franchise, including none other than Davy Jones.

The new story will let players explore new areas, such as the Sea of the Damned, and introduce creatures like sirens and ocean crawlers.

The exact time of the patch going live is not set, but a tweet by the official Sea of Thieves account said the servers will go down beginning at 4am CT tomorrow for maintenance as “new threats to the pirate’s life set their machinations in motion.”

Once the servers go back up, the event should be live.

This article will be updated as more information on the launch becomes available.