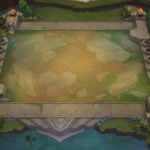 Autobattlers came out of nowhere and skyrocketed in popularity as the rising video game genre of 2019. A few months after a Dota 2 fan-made mod called Dota Auto Chess found success in the genre, it gave birth to its own separate game Auto Chess.

Other developers like Riot Games, Blizzard Entertainment, and Valve also decided to make their own spin-offs with Teamfight Tactics, Hearthstone Battlegrounds, and Dota Underlords respectively.

Here’s a brief explanation of what autobattler games are and what you need to know before hopping into one.

What are autobattles and autochess games?

Matches feature eight players and take place across several rounds. Players fight each other in one-vs-one matches defined at random.

Players fight each other by placing a set number of units on a board as they wish. These units, or pieces, fight each other automatically when a round starts. The player who defeats their opponent’s whole squad is declared the winner of a round, and when the round is over, all units on both sides are reset to their previous position to get ready for the next round.

When you lose a round, you lose points represented by the health of your tactician, not your units. The more opposing pieces alive after a round ends, the greater the damage you’ll take. Players who reach zero health points are knocked out of the match regardless of which round they’re in. The last player with their tactician standing is declared the winner of an autobattler match.

What does chess have to do with it?

Autochess and autobattler are two terms for the same game genre, though autobattler is becoming more accepted by the gaming community than autochess.

The term “chess” came from the first autobattler game to become popular, Dota Auto Chess. Its creators likely put “chess” in its name because the playing field is a checkerboard with 64 squares arranged in an eight-by-eight grid. Similarly, each unit moves in a different way just like chess pieces, but that isn’t as important to players’ strategy as it is in chess.

In autobattlers, players arrange units as they wish on their half of the board, unlike chess.

What are the pieces in autobattler games?

If we continue comparing autobattlers to chess, we see that both have very little in common. Unlike in chess, players don’t start an autobattler game with their board full of pieces. They instead build their boards across rounds with pieces they can buy, upgrade, and sell every round.

These pieces are called units, heroes, or champions, depending on the game you’re playing. In Teamfight Tactics, for instance, units are League of Legends champions like Garen or Gnar, while in Dota Underlords, they’re Dota 2 heroes like Queen of Pain or Lich. Hearthstone Battlegrounds, on the other hand, features 37 different bosses and 92 minions from the Warcraft universe.

Players start autobattler games by placing only one unit on the board. To get this unit, they must buy it from a five-unit pool by spending gold they earn through playing rounds. The pool resets every round, and players can spend gold to force a reset and get five new units there. While players have limits to how many units they can have on the board, they also have a bench where they can put pieces they want to use later. The more you play, the more pieces you can place on the board until the usual limit of 10. 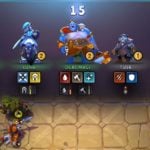 Each individual unit usually belongs to two classes, which receive different names across all games. Placing units on the board that share the same class will activate offensive, defensive, or various bonuses that will increase their power and make your board stronger. These are called synergies, and they’re key to winning any autobattler match.

Buying three copies of the same unit will combine them into a single, more powerful unit.

It’s not as easy as it sounds, however, since players also need to pay attention to how they place their units on to the board and manage their gold. Though buying a unit every round may look like the best course of action to bolster your ranks, it may not always be the best strategy. Opting-out for saving your gold will trigger a passive income which will reward you based on the amount of gold you have in that round. This reward is called interest and it gets activated once you start having more than 10 golds and caps at 50 gold.

There are also item drops that players can combine to make even more powerful equipment to buff their units and give them extra abilities. Scouting what your enemies are up to and fine-tuning your line-up is an important part of the game as well if you’re aiming to climb up the ranks. While it may look like a snoozefest to someone who doesn’t fancy strategy games, autobattlers certainly offer a level of gameplay depth and go by the motto “Easy to pick up, hard to master.”

If you like what you see, and would like to dip your toes into sea of autobattlers, they’re known for being highly accessible. Popular titles like Dota Underlords, Teamfight Tactics, Hearthstone Battlegrounds, and Auto Chess have mobile versions and all come with thorough tutorials.