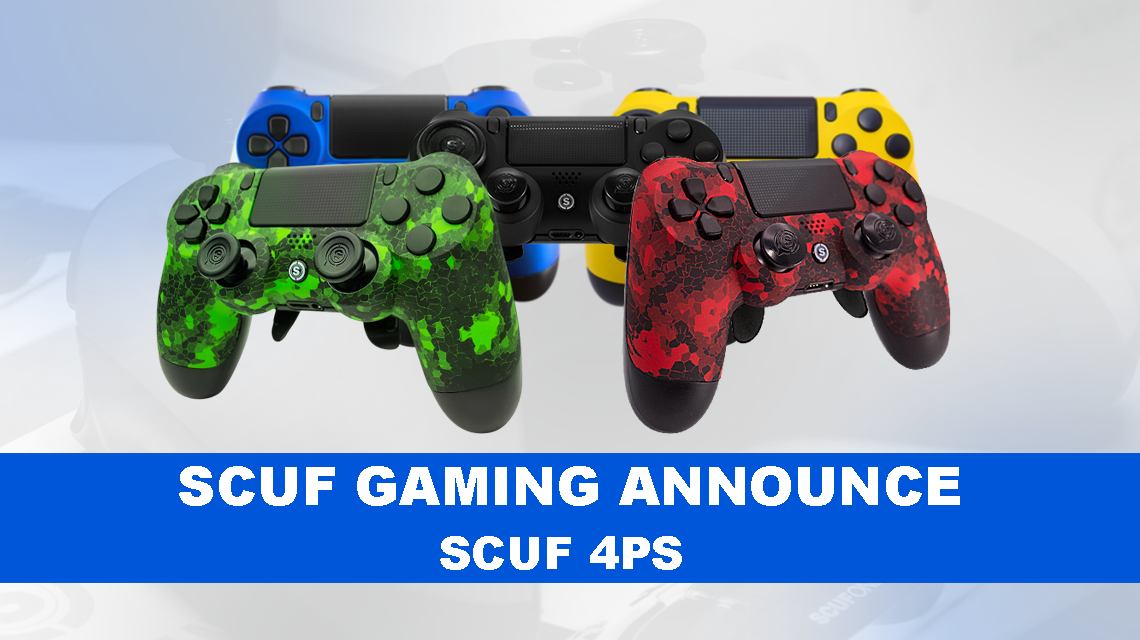 Scuf Gaming, founded in 2010, is the manufacturer, wholesaler, retailer, and restorer of custom built video game equipment and accessories, with their main focus on providing the highest quality “tactical gear for elite gamers”. From this day, Scuf Gaming currently has four granted patents, with another 25 applied for features that have helped gamers across the world, such as back paddles, trigger stops, military grade SCUF grip, and a variety of analog stick lengths in the domed and concave format.

SCUF controllers are legally approved for use at major competitions, across all regions, hosted by companies such as Major League Gaming, Electronic Sports League, Gfinity, UMG, ACL and the Electronic Sports World Cup. Scuf are also a sponsor and major contributor to the community with several popular gamers endorsing their products, with over 85% of pro gamers trusting this product and service. After much anticipation, yesterday (June 30, 2014) Scuf Gaming released a “new era” for the PlayStation 4 as they launched revolutionary functions for the PS4 controller. Scuf has changed the game again for console gamers, namely, PlayStation 4 users. The new style of controller for the PS4 is more ergonomic, providing gamers more comfort compared to the original controller as they look to avoid stress, or injury. The SCUF 4PS is riddled with patented features, including two “SCUF HOOK” back paddles, a complete redesigned back, and a built-in, high grade SCUF Pro-Grip handles, which are normally an upgrade to the other custom-made controllers that Scuf Gaming provides. As well as this, the new back paddles come with a set configuration of ‘X’ and ‘O’, but consumers will have the ability to remap this configuration to their preferred setting using the Electromagnetic Remapping (EMR) which will be offered at a later date. During the order process, customers are also given the option to choose their preferred version of the SCUF Precision Thumbsticks, in either a domed or concave format which also come in three different lengths -regular, medium, and long- and a vast array of colours. Sports and fighting game fanatics will be ‘thrilled’ to try the new SCUF Control Disc, which offers extra control and accuracy over the original d-pad. The SCUF Control Disc is also fully removable. CEO and Co-founder of Scuf Gaming, Duncan Ironmonger said, “We have invested millions of dollars into research and development and educating the Gaming World on safe ergonomic use of the controller at the top level so when we embarked on ‘Project 4PS’ a year ago we wanted to offer the PlayStation 4 community something unique and special, something that added that edge over its predecessor, the SCUF PS (for PS3). We believe the results are impressive and further display the innovation our customers have come to expect from Scuf Gaming.” It is intriguing, and pleasing, to hear that Scuf Gaming has been investing millions of dollars into their research and development of the new ergonomic SCUF 4PS, and other future products. For the eSports industry, this is nothing but good news as we come ever closer to being recognised by the more ‘respected’ entertainment industries, such as; television. Prices for the SCUF 4PS begin at a retail price of $119.95 (including the SCUF Pro Grip), and controllers will begin to ship to customers in the next four to six weeks. As of release, Scuf is offering 14 unique front shell designs, and over the next few months will look to add other new styles. To pre-order your own SCUF 4PS controller, or any other custom controller that Scuf Gaming provides, visit their website at: www.scufgaming.com. NOTE: Use discount code ‘ESN’ for 5% off your final order.