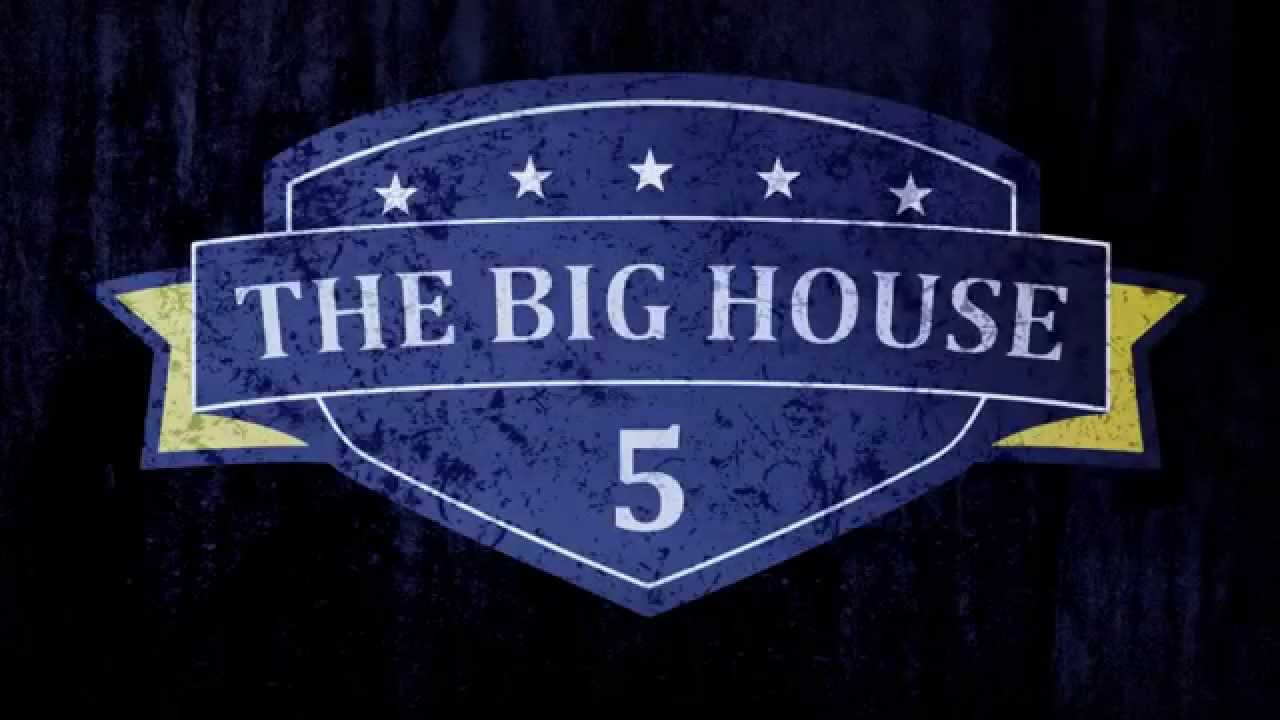 After a little while to sit back and reflect on The Big House 5 Smash Event, I wanted to revisit the storylines – the biggest moments and takeaways for the tournament.

Crews should be there for majors

The crew battle tournament on Sunday night was one of the most exciting things that has been added to a tournament in years. With crowdfunding, they managed to provide a 5K prize pot for Big House 5. The format was simple, lock your characters in for a 5 man team. Each player gets that one character, no changing. Then each player gets 4 stocks. If you win a match, but only have 1 stock left, you play the next player in line with 1 stock. It becomes interesting when you start talking about the strength of players and strength of matchups. If Armada is locked into Peach, you wouldn’t want to put him up against HungryBox’s Puff. You would probably put in Ice, a weaker player, but is almost guaranteed to take a few stocks away. It made for dramatic moments as weaker players attempted to take out giants and so forth. It also featured some great rivalries from the different regions. Players play for their regions pride and really don’t want to let anyone down. This time, the strongest team in the world, SoCal came out triumphant, with some amazing play by Mang0 taking a 3-4 disadvantage against Ice and coming back and trouncing him. Crews is a whole different thing to singles and double and fills that well needed gap on the Friday night of a major.

I don’t think in the history of Melee has there been a game that was decided in such an insane way. Last stock, last game, S2J hits Abate’s Luigi hard off the screen. Abate can recover, but S2J wants to stuff his recovery with a down air. Captain Falcon’s down air will kill those with slow reaction times. However, it can be Meteor canceled almost immediately. This means that your character will jump using their Up-B move and still be alive if they can get back to the stage. S2J said his reasoning for pulling off this move at this time was because it was risky and unexpected at that crucial moment. It worked, but hold on – Abate didn’t die. Moments before, Abate down smashes S2J’s shield, then gets punished for the hit that sends him flying off stage. In that down smash, he activated an invisible ceiling glitch that is common knowledge to most Luigi mains. He didn’t do it on purpose, as his eyes and shaking head tell us after it is over, but it works out for him. When he gets hit by the Down Air, he tries to Meteor cancel on reaction. Before he can even do that, Luigi comes to a halt mid air and survives a little longer. At this point, Captain Falcon is too low to recover. Abate Up-B’s and floats down, Captain Falcon’s heaviness falls much faster and dies.

This glitch sent S2J to losers and cost him $363.40 in prize winnings for not getting top 8. After the match was over, it took a few hours for people to break down what had happened and see how it could have been repeated. A few discoveries were made about the ICG that could be used to get out of combos in the future with many more characters than just Luigi.

Westballz got his revenge on Lucky

A year after one of the most thrilling matches that ended in a Lucky pop off for the ages, Westballz gets to end a 5 game series with dramatic flair as well. Lucky and Westballz are both from SoCal, the best region in the world. They often find themselves in the finals of local tournaments pitted against each other. They know each other inside and out, and trade sets almost every other week. Westballz hit an incredible side-B edge canceled back air to clutch out the match. He scored an easy $726.80 more dollars than his rival by being able to clutch this out. Lucky went home with around $182.00 for his 9th place finish.

Mang0 is a buster

After having the most dominating 2014 performances, Mang0 has not looked his best this year. He seems to be getting squashed by the rest of the Top 6 at these big events. He just seems to be lacking in the consistency right now. Last year, he played All star mode for hours on end with no real practice before Big House 4, and he took that tournament after making a losers bracket run. This year, he played Rivals of Aether (a smash clone), and kept his melee practice up. Yet, he couldn’t pull out the magic that we have seen before. It’s hard to say what he is doing wrong. Some say the game has become more technical, and despite having some of the best tech skill, he refuses to pick up options like shield dropping. He would always rather go for the combo than the easy kill and he just can’t get away from this style. Lastly, he goes to his Fox pick rather than Falco when it comes big tournaments this year. This seems to me like part of his downfall. He will play Falco all day long on stream, then go to tournament with his Fox. Mang0 needs to learn to harness both characters again if he wants to win Majors in the future.

HungryBox is back in top form Hbox ran into nothing but Foxes during the top 128, even people that don’t main Fox were pulling it out against his Jigglypuff. This is by far the worst match-up for Jigglypuff since Fox’s up smash and up air kill at such low percents. Combine that with lasers that are hard to avoid, and Puff becomes easy work. Despite all of that, HungryBox managed to get 2nd and push it to game 5 with Armada in the Grand Finals. He has been forcing opponents to approach him at the ledge if he can grab an early lead, and he is beating Fox without playing campy.

Looking into the future, I want to see how well he can hold it together at the top. When Leffen and Armada are there, does his placings stay consistent?

Armada is a tier above

Armada stated that his goal coming into Big House 5 was to win doubles, not singles. He really wanted to win one with his brother Android. Many people consider Android the best doubles player in the world, and paired with Armada they make some of the most beautiful plays. Android is by no means a contender for the singles title like his older brother, so when you see them matched up against the undefeated Mew2King and Hungrybox doubles team, you wouldn’t expect a victory. However, they made them look like mortals and took the win. Armada had one of the biggest pop offs of his career and came close to tears after hugging his brother.

The next day, he came back with near no emotion and didn’t drop a set all the way through his victory. When he won, he took the crowd and threw up some peace gestures to the crowd cheering.With or without PPMD and Leffen there, Armada looks unbeatable for the for foreseeable future.

That’s all for Big House 5! I hope we’ll see another exciting tournament next year. Remember to follow us here at eSports Guru for all your Super Smash news!