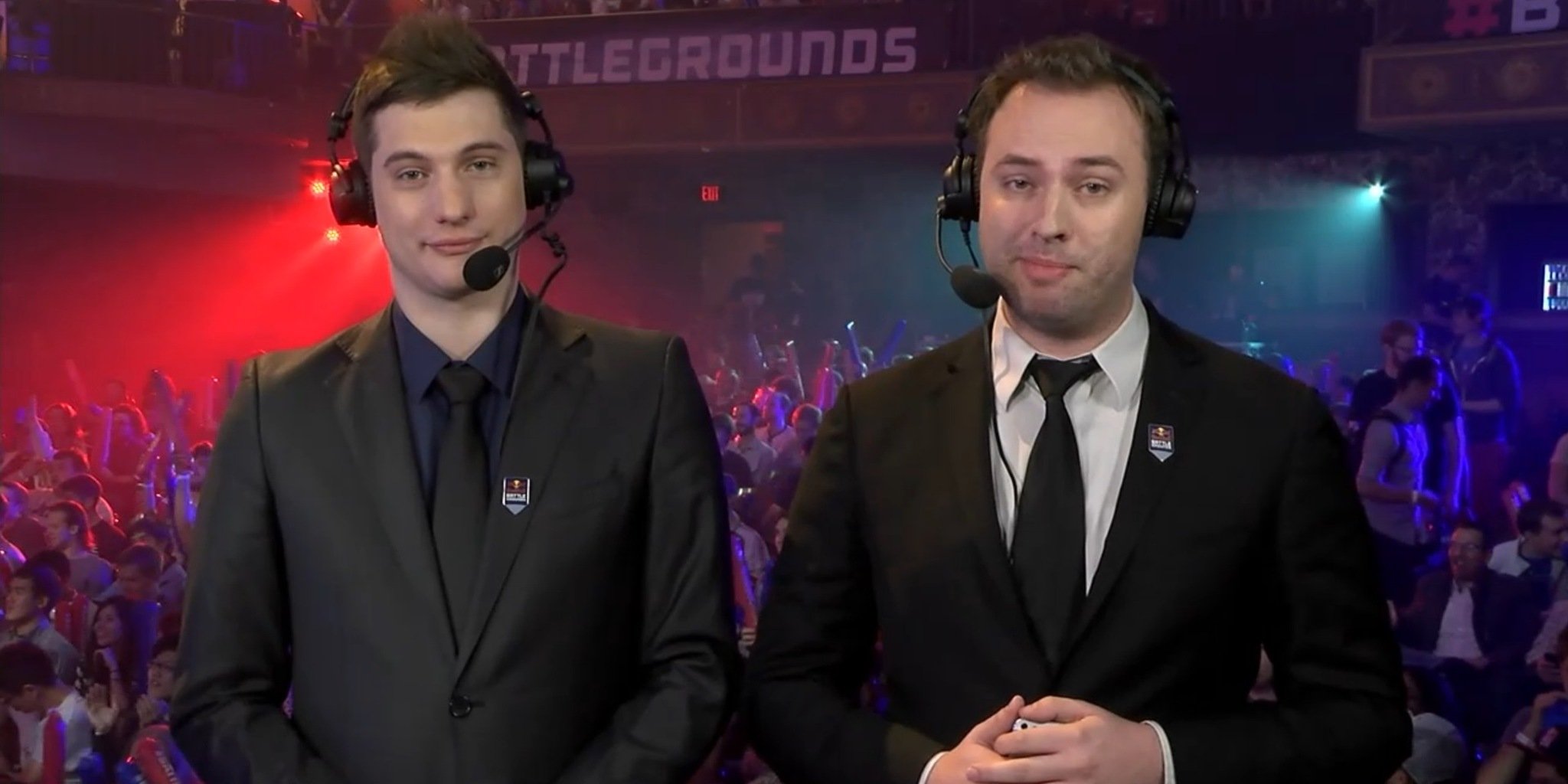 Veteran Warcraft 3 and StarCraft 2 professional Yoan “ToD” Merlo may still be a competitive player for team XMG, but he’s made a name for himself moonlighting as a commentator at events like the Red Bull Battlegrounds DC this weekend, the finale of Red Bull’s five event tournament series.

I thought anything could happen even though there are favorites. Some players preparation really did shine through in some matches. For example, [Sasha “Scarlett” Hostyn] versus [Won “PartinG” Lee Sak], it was just pure preparation. She had just planned very specific builds on each map and that’s why she won. I think [Cho “Trap” Sung Ho] also prepared very well. He beat his teammate [Kim “sOs” Yoo Jin] twice to qualify, and that played a big role in those upsets.

What are your thoughts on the bracket today?

I feel like [Kim “Cure” Doh Wook] may be the overwhelming favorite. In TvT, it’s really insane. If he had to play against [Choi “Polt” Seong Hun] I’d say [Cure] is the favorite. If he had to play versus [Choi “Bomber” Ji Sung] it would be a big match because both of them are insane TvT. Bomber even said he isn’t afraid of Cure even though Cure is insane in TvT. So, getting Trap is a tricky match for Cure. I do think [Cure] will make the finals and probably come out and win the whole thing. With Bomber versus Polt, they are pretty evenly matched. They also go even in WCS America so i think it will be interesting either way.

What are your thoughts on the WCS changes and what do you think the ramifications of the changes will be?

I’m guessing you’re talking about the region lock next season? I’m not sure because [Blizzard] really didn’t go into details and I feel like it’s all about the details. In Europe there are a lot of Koreans. I’m mostly thinking about Europe. In terms of WCS America it wasn’t optimal that a lot of Korean players just went over to play WCS, won, and then went back to Korea to practice there. I really feel like it should be more fair in terms of getting an equal chance to get up there.

I actually had his idea I shared with a lot of people, even Blizzard. Basically if you are playing in a region you should be required to play a certain amount of games that month in that region on your real ID. So that not only fixes the barcode problem, it also gives everyone an equal chance. Because if you’re searching ladder the same time those pro players are searching ladder on your gateway, in this case it would be North America, you would get to practice with them, learn from them and get better. It’s just fair. Whereas now it’s just like a lot of player were flying over just to win and the going home.

I’m not sure if a region lock is going to do much for Europe. For North America, I guess we’re going see a lot of North Americans taking paper in WCS America which I’m not sure is a good thing because a lot of people… I’m sure a lot of people want to see them and watching a bunch of Koreans player play against each other can be boring, but I’m not sure if it’s a good thing. So I guess we’ll see. For Europe, i just think its going to stay the same amout of Koreans. Some Koreans even live in Europe, they play some ladder but they still practice together a lot. So I feel like on some level it’s not that fair as compared to having something like a games requirements. I hope something like that is implemented.

Red Bull Battlegrounds finishes today. You can catch all the action on the Red Bull esports Twitch channel.