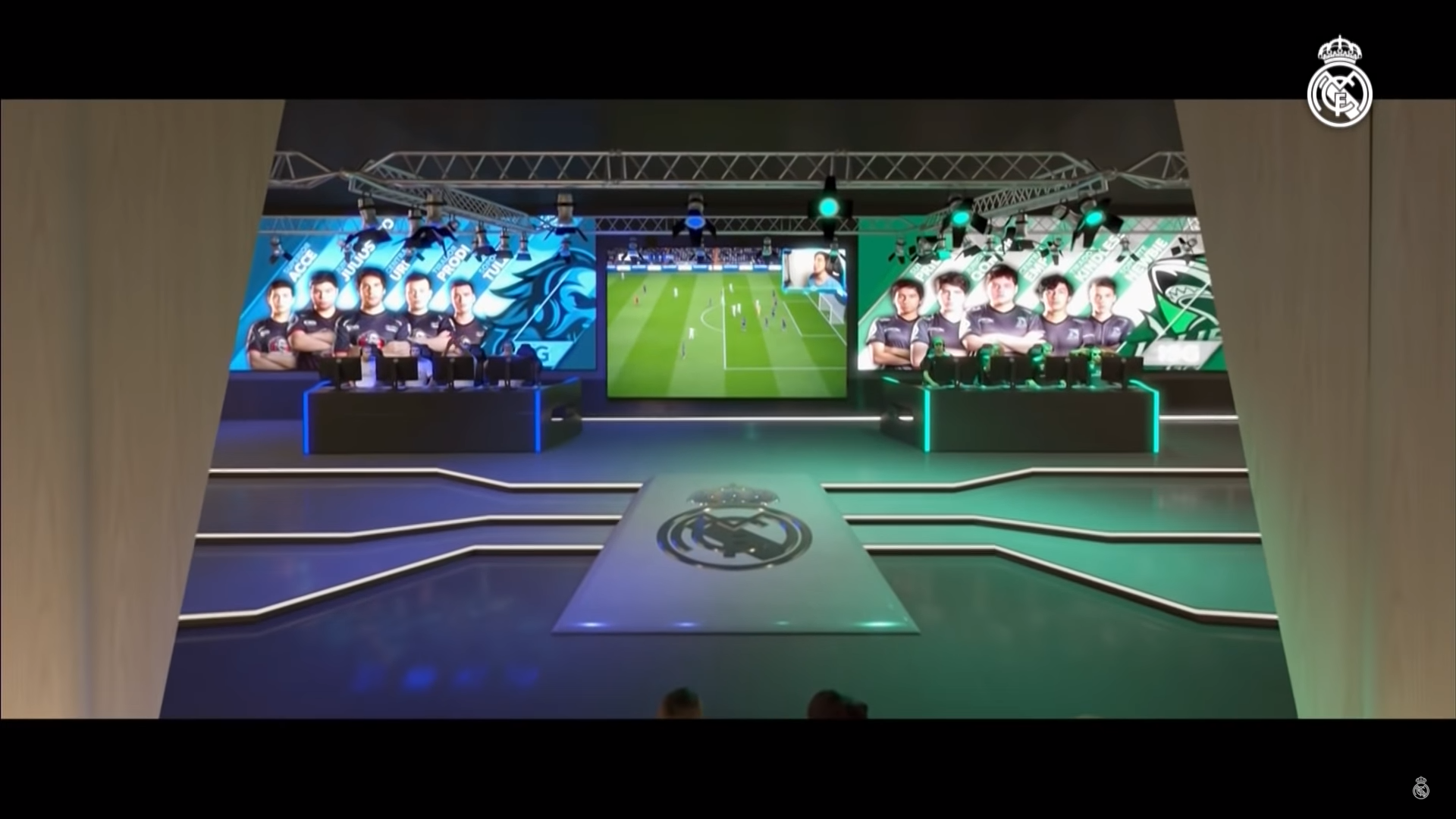 Real Madrid has released a video to show off plans for the new high-tech Santiago Bernabéu Stadium.

The stadium comes with a lot of features that you’d expect to see in 21st century soccer stadiums, including large open spaces, indoor stores, and, of course, the field and thousands of seats for those attending.

One aspect that’s different with this stadium, however, is the inclusion of a brand-new indoor arena specifically designed with esports in mind.

The concept for the esports stadium appears shortly after the two-minute mark in Real Madrid’s new concept video. There’s a stage and spots for two teams behind monitors, with a seating area residing just near the entrance. The Real Madrid logo is emblazoned on the platform leading up to the playing area with FIFA shown on the screen.

It seems a bit small, but this is obviously just a concept at this time, so anything could change. It also hints at Real Madrid possibly entering esports in the future or at least providing a place for future esports tournaments to be held.