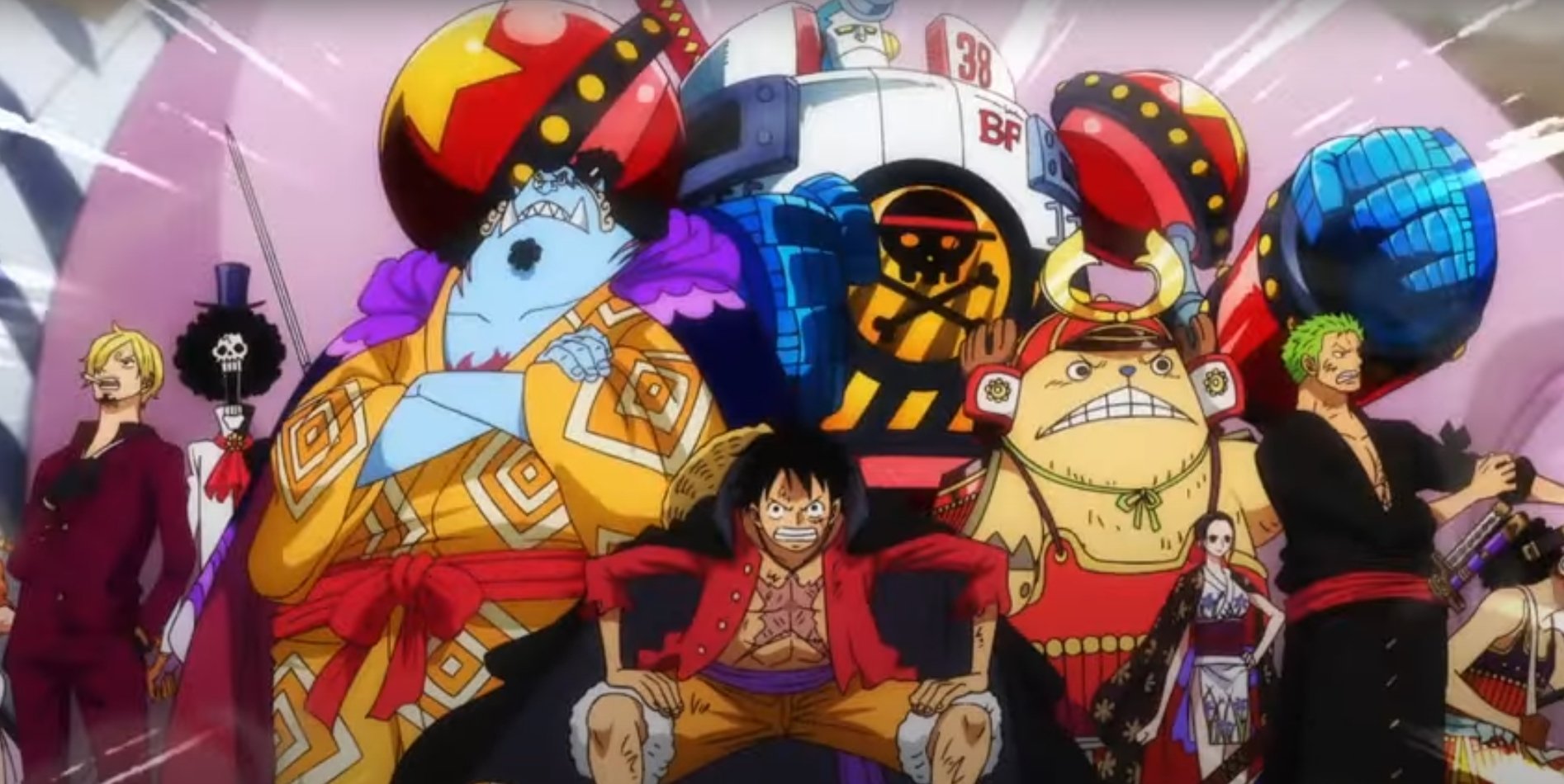 Celebrating a 25-year anniversary since the One Piece: Romance Dawn manga’s release, BANDAI has created a trading card game showcasing new and existing art of the characters from the anime and manga. An English version of the tabletop card game is expected to release in the fall of 2022 while the Japanese release is scheduled to take place on July 7. And the English trailer released by BANDAI today teased several new One Piece TCG spoilers from the Romance Dawn set.

Over two dozen One Piece TCG cards were shown in the trailer. The Leader cards highlighted were Monkey. D. Luffy, Crocodile, Eustass “Captain” Kid, and Kaido. Each Leader is the shell or focus of the deck, supported by Character cards.

The Character cards revealed were Roronoa Zoro, Nami, Usopp, Sanji, Tony Tony. Chopper, Nico Robin, Franky, Brook, Jinbe, and Trafalgar Law—of which all are a part of the Straw Hat Crew under the leadership of Monkey. D. Luffy.

North American players can get a first look and playthrough of the One Piece TCG cards via a Western pre-release event taking place at local game stores from Sept. 30 to Oct. 6. Players will get to compete with one of four pre-constructed starter decks, showcasing four different Romance Dawn Leaders and their Character card crews.