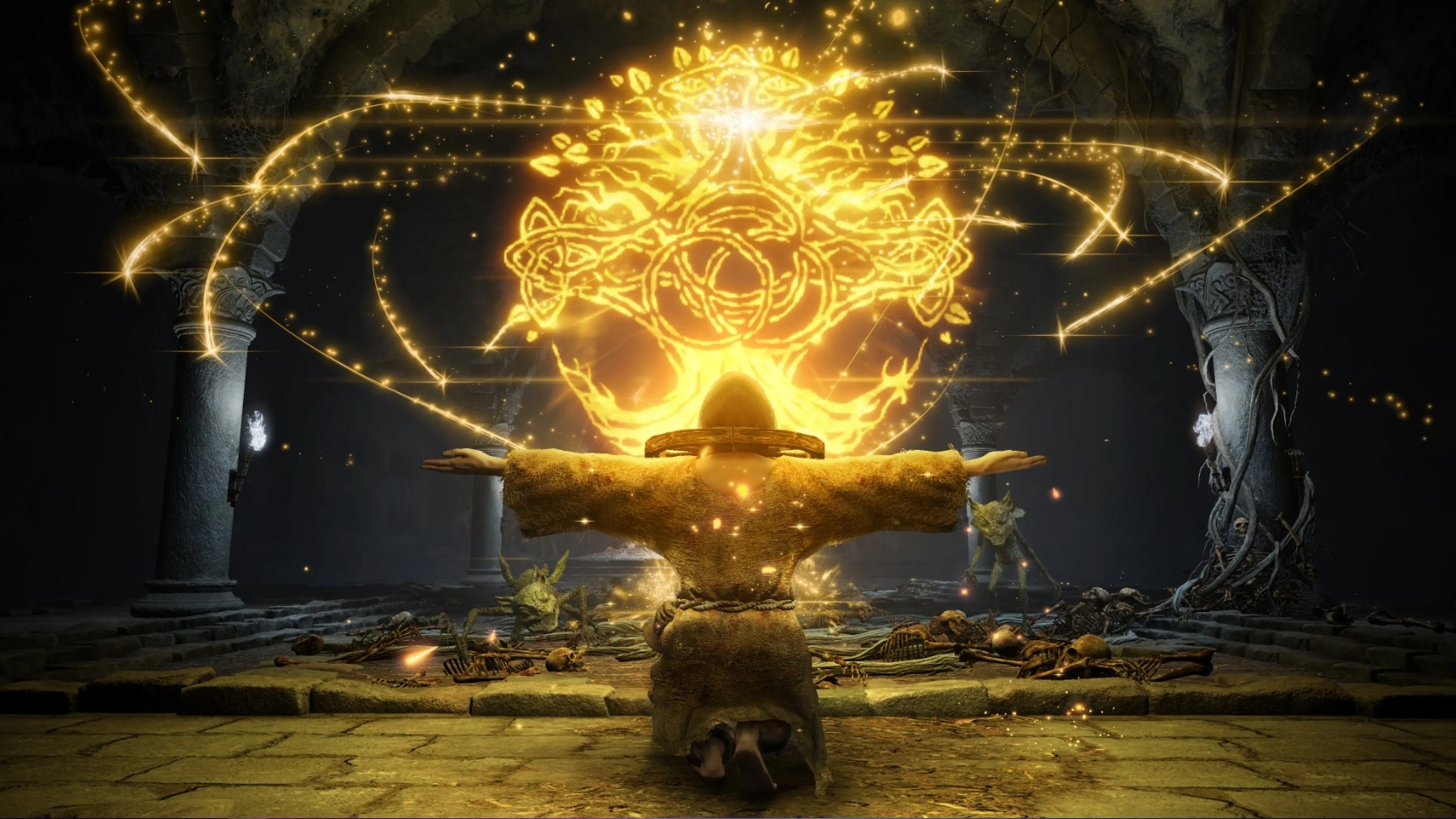 In previous Dark Souls games, one of the most popular forms of magic was called Pyromancy. This type of magic focused on fire spells, which could inflict a ton of damage to humanoids and other enemy types.

While many players have utilized Pyromancy to great effect in the Souls games, that type of magic isn’t readily apparent in Elden Ring, FromSoftware’s newest title.

Pyromancy in Elden Ring works much differently than it does in its predecessors. The developers instituted the Arcane Attribute, which primarily focuses on fire, but doesn’t necessarily constitute the Pyromancy magic type. Instead, those types of spells are primarily tied to the Faith Attribute, which is a confusing turn of events for some players.

The Faith Attribute mainly deals with Incantations, which are simply another type of magical spell in Elden Ring. Players who choose a Faith-based character at the beginning of the game, such as the Prophet, will quickly see that Pyromancy spells are indeed available. Players that go with the Prophet will even get a Pyromancy spell to start off the game, which is called “Catch Fire.” This spell is a close-range attack that deals fire damage to an enemy that’s close enough when players cast the spell.

To use most Pyromancy Incantations, players will need a Sacred Seal. A Seal is the weapon that players need to equip if they want to cast an Incantation currently in their Memory Slots. There are a few different Seals in Elden Ring, which all boost a certain type of Incantation. Think of the Sacred Seal as the Pyromancy Glove from previous Souls games.

Once players have a Sacred Seal, they will need to learn Pyromancy Incantations. These can be found or bought from various sources on the Elden Ring map. To help boost the fire spells, players can equip other items such as the Flame-Shrouding Cracked Tear in their Flask of Wondrous Physick. This tear temporarily boosts fire attacks, which doesn’t stop with Incantations. There are also fire staffs and melee weapons in Elden Ring that aren’t directly attributed to Pyromancy but can help flesh out an all-fire build.

Pyromancy in Elden Ring isn’t laid out as cleanly as it has been in other Souls games, but it’s still present nonetheless.