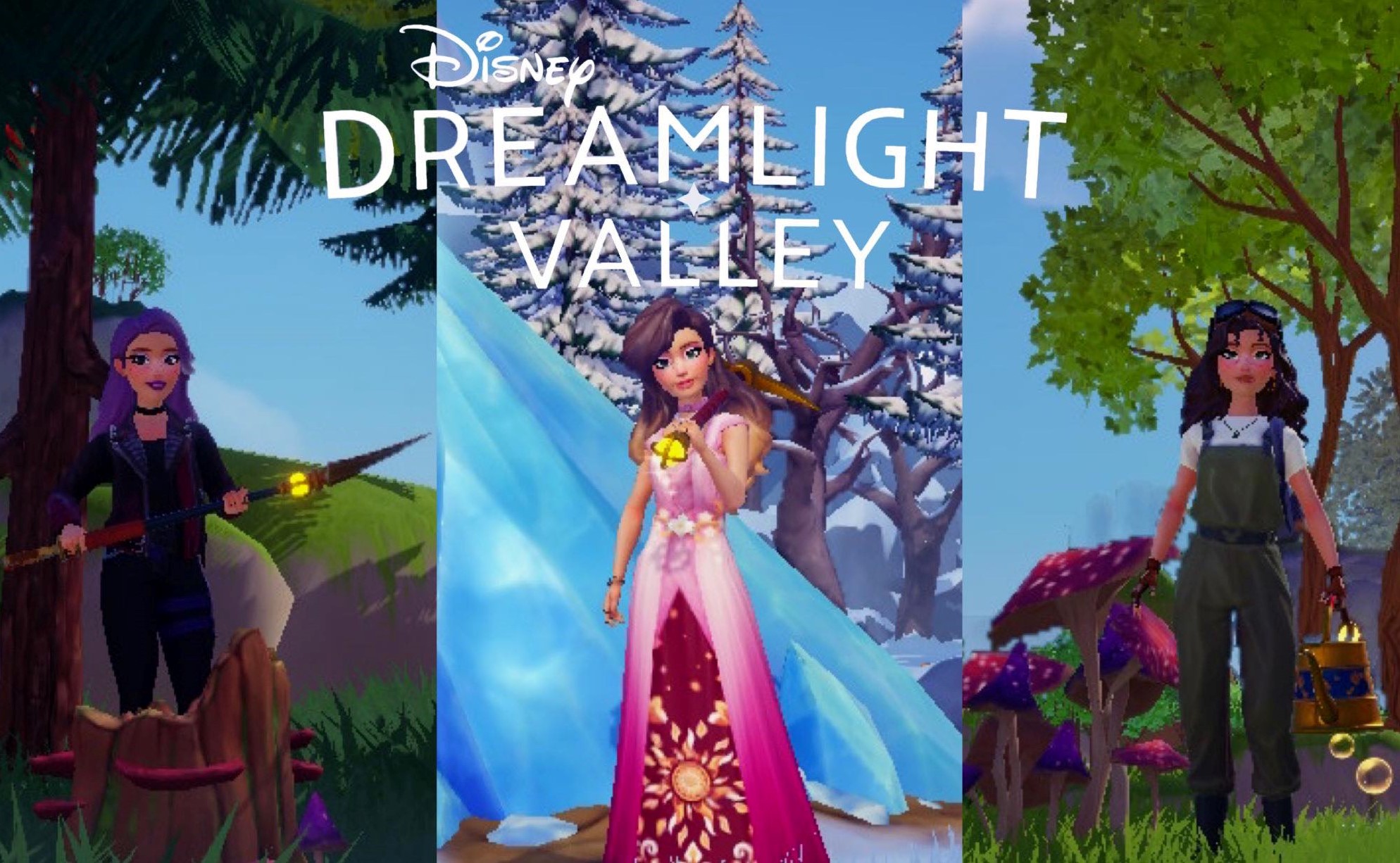 As you traverse your way through Disney Dreamlight Valley and discover new biomes, you will also be faced with many new obstacles. These obstacles, which may be massive mushrooms, icy blockades, or tree trunks, will block players from accessing certain areas around the village.

Luckily, players can eventually upgrade most of their tools to get past these barriers. There are a few different types of upgrades that players will need with one tool, which is the Pickaxe, requiring a few upgrades to take on a few different obstacles.

All of the tool upgrades that can be performed in Disney Dreamlight Valley first ask players to complete a series of quests and gather a substantial amount of materials. These quests are also all tied to specific characters which means that players must raise their Friendship Level with a few characters quite quickly if they are looking to get their tools upgraded as soon as possible.

The Shovel currently only has one upgrade, but it is certainly an important one that will help you to clear areas and attain wood more easily. Upgrading your shovel will allow you to remove the abundant amount of tree stumps found around Dreamlight Valley.

To attain this upgrade, players will first need to unlock the Frozen realm located on the second floor of the Dream Castle and recruit Anna to Dreamlight Valley. Once you have done so, you will then need to raise your friendship with her to level two.

A new quest called “An Icy Invitation” will unlock once you have reached level two of friendship with Anna. This quest is focused on convincing Elsa to also move back to the valley, but perhaps more importantly is how players will be able to upgrade their shovels.

During this quest, Anna will ask players to help clear a pathway across the bridge that is located in the Forest of Valor. This bridge is blocked by tree stumps, so you’ll need to craft a shovel upgrade to get rid of them. You’ll need to gather the following materials to apply the powerful shovel upgrade.

After gathering these materials, the shovel upgrade can be crafted at any crafting station. You’ll then need to find it in your inventory and select the “use” option for it to be permanently applied. Breaking a tree stump with your shovel will result in it breaking and dropping Softwood that you can then collect.

To get rid of the pesky turquoise storm debris around Dreamlight Valley, you’ll need the help of a demigod. Maui can be found in the Moana realm, but Moana must be recruited to the valley first.

After you have recruited Moana, you can then work on recruiting Maui. Once you have convinced the demigod to move back to Dreamlight Valley, you’ll need to reach level six friendship with him for the quest that you’ll need to better upgrade your Pickaxe. He will give you the first upgrade earlier on, but it only works on very small pieces of storm debris.

This quest is called “A Tale of Stone and Fire” and starts by asking players to return to the Moana realm for some supplies that Maui needs. After returning with his materials, the demigod will then ask you took cook him a five-star meal.

You’ll need to cook him up something either at your house, Chez Remy’s restaurant, or elsewhere where you have placed or found a cooking station. Finally, return to Maui with the meal and he will upgrade your Pickaxe to be able to break all sizes of storm debris. Broken storm debris drops Sand that players can collect.

Although Elsa is the one you need to upgrade your pickaxe, she will not come to Dreamlight Valley without a bit of persuasion and thus Anna must be recruited first. After successfully recruiting both sisters, you’ll then need to speak to Elsa and get the “Breaking the Ice” quest from her. This is the first ice Pickaxe upgrade and completing this quest will allow you to break the smaller ice chunks around Dreamlight Valley.

This quest will first ask players to gather quite a few items to craft a Warmth of Summer Potion.

Once you have gathered these items and crafted the potion, you’ll then need to return to Elsa and she will apply the enchantment to your Pickaxe. While this will allow you to break the smaller ice chunks, you’ll then want to further raise your friendship with Elsa to attain an even better Pickaxe upgrade.

You’ll need to continually level up your friendship with Elsa until you obtain the “The Singing Ice” quest. During this quest, Elsa will once more ask you to gather some items.

These items can then be given to Elsa who will then convert them into an Icy Bouquet. She’ll then return it to you and ask for a few more items to upgrade your Pickaxe.

With all of these items gathered, the Cold of Winter Potion can then be crafted at any crafting station. Giving this item to Elsa will then result in her applying the enchantment to your Pickaxe. You will then be able to break all types of ice chunks including the massive ones and breaking any ice chunk will drop Snowballs.

Upgrading your Watering Can will allow it to eliminate the purple mushrooms scattered across the wild in Disney Dreamlight Valley. To attain this upgrade, players will need to raise their friendship with Merlin, unlock the Glade of Trust biome, and complete some quests.

Merlin will first give players the “A New Enchantment” quest which grants them the temporary ability to get rid of mushrooms with their Watering Can. However, players must continue to befriend the wizard after this as it is not until Friendship Level eight that they will be given a quest that will then allow them to apply the upgrade permanently.

Once you have reached level eight friendship with Merlin, he will then give you the “A Dark Experiment” quest. Merlin will tell players that he has figured out how to make the mushroom enchantment on their Watering Can permanent, but that he’ll need you to gather some resources for him to perform the spell.

After gathering these materials and giving them to Merlin, he’ll ask you to test the enchantment out before then making it permanent. Upon completing the quest, your Watering Can will then be permanently upgraded and able to vanquish mushrooms at any point. Watering any purple mushrooms will drop regular Mushrooms that can then be sold, eaten, gifted, or cooked in various dishes.

The Fishing Rod is the only other tool players have and it currently has no upgrades available. Those who have progressed far enough into Disney Dreamlight Valley to unlock the Forgotten Lands are likely wondering how to get past the bone blockades there, but as of now, there is no way to do so.

Considering that players have no way to break through the bones blocking off parts of the Forgotten Lands, it is likely that further tool upgrades be added in the future and that the Fishing Rod may also receive some kind of upgrade eventually. The Forgotten Lands seem to be home to Scar from The Lion King, who is set to arrive in a fall update coming sometime fairly soon, so perhaps players will be taught by him how to get past this hindrance.