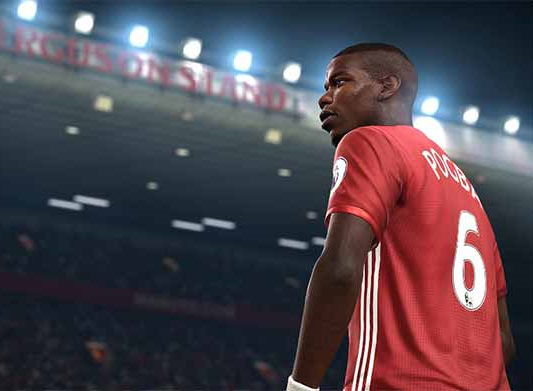 FIFA’s World Cup might not be “coming home” anytime soon, but its digital equivalent certainly is.

Gorilla claimed the title with a 7-3 win over Germany’s Kai “Deto” Wollin in the two-legged grand final. Gorilla, who won the Xbox division, erased a 3-1 first half defecit to earn a 3-3 draw in the first leg, which was played on the PS4. Once he got to his ‘home’ console in the second leg, Gorilla was able to impose his will on the attack as he had for most of the knockout stage. A 4-0 win in the leg gave him the title and a $200,000 first-place prize.

“To take three away goals into obviously my preferred console was a massive boost for me,” Gorilla said after the match. “I think that’s obviously what’s won me the game.”

During the award ceremony, Gorilla handed the trophy to his emotional coach, Sean “Dragon” Allen. Dragon was the runner-up at last year’s event, losing after conceding two goals in the final ten minutes.

Gorilla had plenty of time to think about his championship match. He had to play the second leg of the Xbox division final on Friday, but that match was more of a formality after he won the opening leg 6-0 over Germany’s Florian “CodyDerFinisher” Muller on Thursday. He extended the league to 7-0 before CodyDerFinisher pulled back two consolation goals in the final half hour to finish the tie 7-2.

Deto’s path to the grand final was quite a bit tougher.

Deto held a 1-0 lead over fellow German Timo “TimoX” Siep in the PlayStation division final, but he was reduced to ten men half an hour into the second leg after his Sergio Ramos took down an attacker in the box and drew a red card. TimoX converted the penalty to equalize the tie, but he was unable to take advantage of the extra man and the tie went to a third game played under “golden goal” rules.

Gorilla’s $200,000 grand prize was ten times larger than the first-place prize from last year’s final. The boosted prize pool was a big part of a concerted esports push by EA Sports, the publisher of the FIFA series. EA’s effort also included a change to the FIWC qualification process, which tied it to its wildly-popular FIFA Ultimate Team game mode.

Deto took home $40,000 for his second-place finish, while co-third-place finishers CodyDerFinisher and TimoX each earned $5,000.

The three-day FIWC event showed off FIFA 17 at its highest level, but it was not without its problems. The most notable issue came during Thursday’s match between Gorilla and CodyDerFinisher when the game suffered a server disconnect in the 71st minute. The final 19 minutes of that tie was played as a new game. Fortunately, with Gorilla already on a 5-0 lead, the result was hardly in doubt at that point.