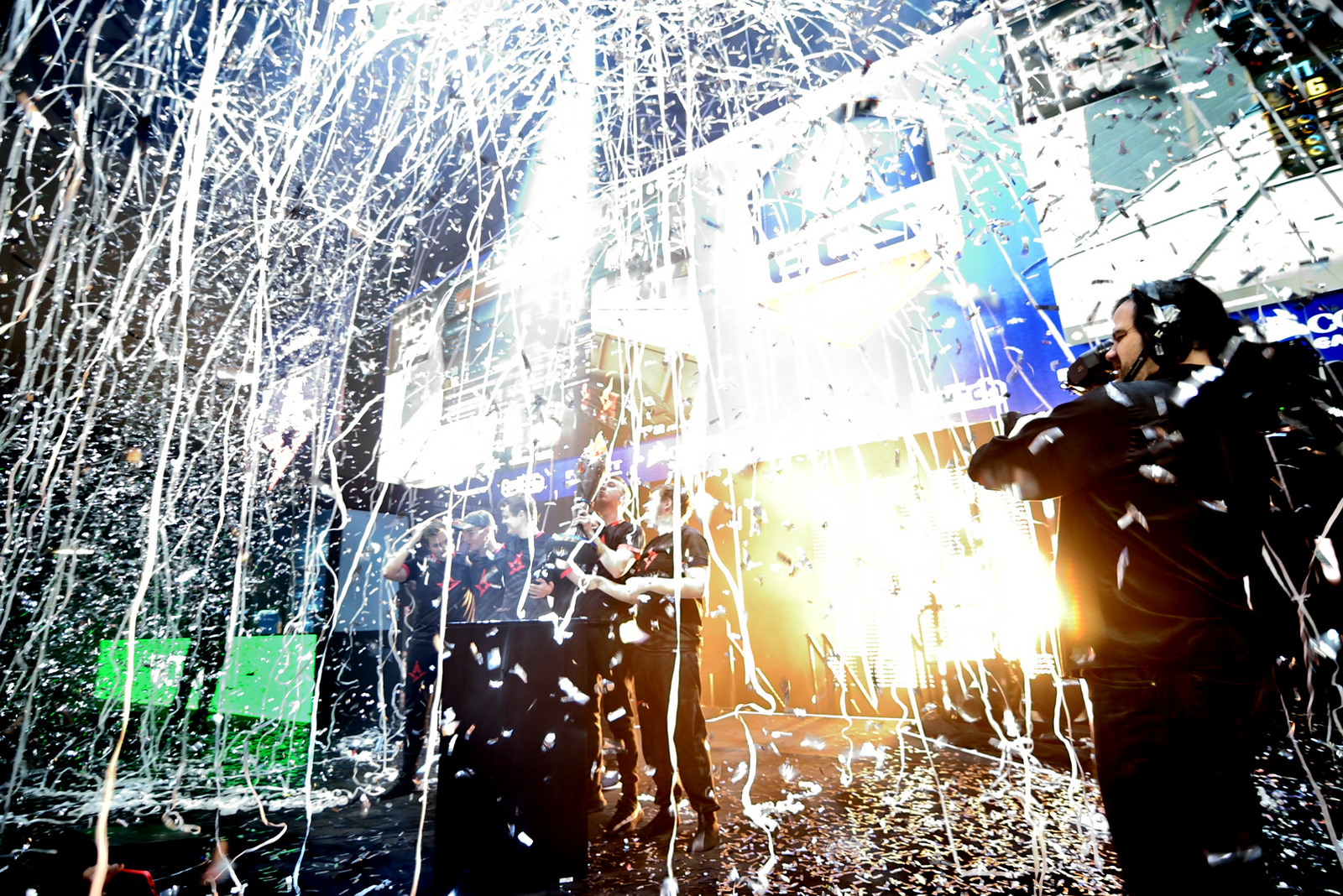 The Esports Championship Series will be increasing the amount of revenue among its participating teams, as well as providing further integration with the FaceIt platform and YouTube.

Ahead of the ECS Season Five grand finals, which take place on June 8 to 10, FaceIt—the company behind the tournament series—held a press conference on April 27 to talk about the growth of the league, developments in its ongoing season, and the league’s future in competitive gaming.

After launching in 2016 in the start-up’s offices, the ECS has since held its finals in sold-out venues like the Wembley Arena in London. It has become one of the major players on the Counter-Strike: Global Offensive tournament circuit. While not being a franchised league, the ECS gives organizations the option to become co-owners of it, sharing a percentage of the revenue with the competing teams.

Here are some key takeaways from the briefing.

Teams currently competing in the ECS have the option of buying in to the league, and receiving a share of all revenue generated by it. For the past two years that sum has been roughly 10 percent, but has since expanded to 30 percent in 2018. Teams have now also signed an agreement to participate in the league indefinitely, in order to ensure future stability for the ECS as it seeks to expand in the coming years.

The ECS will not be aiming to franchise the league, nor remove the relegation aspect of the tournament, as FaceIt still wants to provide smaller esports organizations the opportunity of qualifying for a large-scale league.

Structural changes to the ECS

Previously, teams were not allowed to make roster changes with other teams that competed in the league. They were also prohibited from making changes outside of the tournament’s assigned roster lock. For Season 5, however, teams are given one transfer between organizations that are currently competing in the event. They can also make one additional roster change throughout the season, although this has to be with a team not currently competing in the ECS.

The scoring system in the league’s North American and European divisions has also been changed from an overall round difference to head-to-head scores.

Without going into too many specifics, FaceIt’s CBO Michael Attisanti, and FaceIt’s director of production and ECS showrunner, Mike Bembenek, explained some of the concepts the company has been exploring ahead of the ECS Season Five LAN finals. It wants to provide both live and online viewers with a unique experience, and plans to feature exclusive activations on both platforms.

For online viewers, the team’s main focus is providing its audience with an informative UI, allowing viewers to stay on the channel for prolonged periods of time as they’re fed information about the game and players in a conducive and non-intrusive way.

The ECS team will build upon some of the event-related features it’s developing, and subsequently use them at the FaceIt London Major, which will conclude on Sept. 23. Additionally, more information about the Valve Major will be released in May.

Following the conclusion of the ECS’ fourth season, FaceIt has been adding more features to its internet-based audience to drive engagement during its online broadcasts. This now includes a way for users to connect their FaceIt accounts to YouTube—which gives them the ability to earn FaceIt Points. A total of 30 million of these points will be awarded throughout the fifth season, and players can then exchange them for various items on FaceIt’s webstore—including additional months of the platform’s subscription service, and even cars.

Community interaction therefore remains a key aspect of FaceIt’s strategy in driving interest in the league. The ECS has signed FaZe Clan to act as an influencer on YouTube as a way to do this.