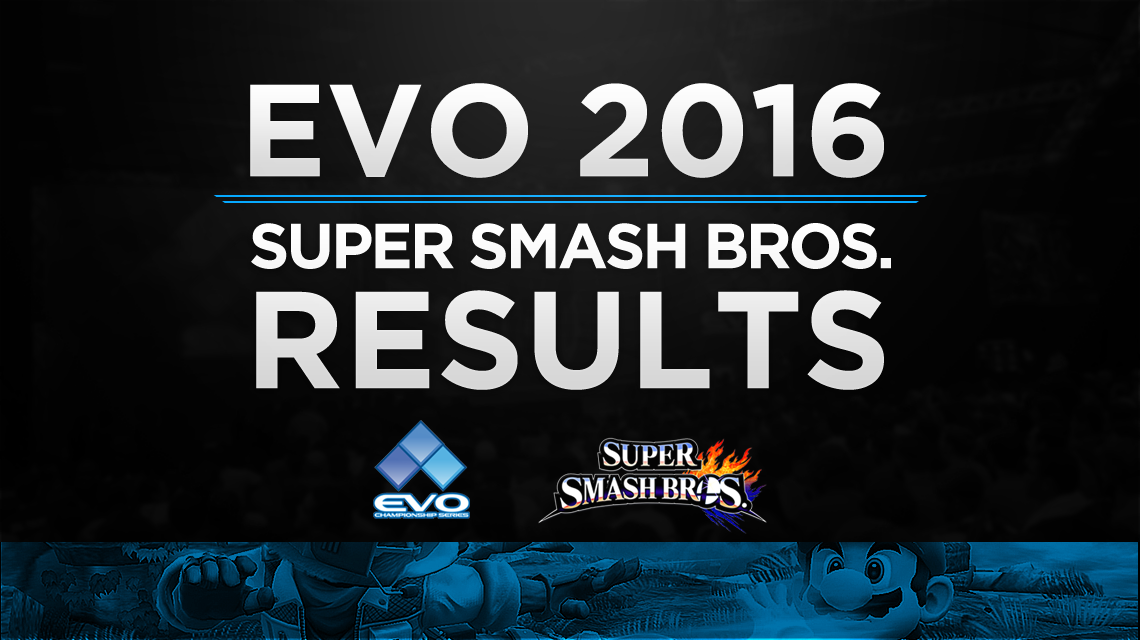 With 2600 Smash 4 competitorsand 2350 Melee players, this year’s EVO was the largest everfor the Super Smash Bros. community. As the second and thirdlargest games respectively, the only game that topped them insign-ups was the recently released Street Fighter V. With that inmind, let’s take a look at the results from thisevent.

This was the largest Smash 4tournament in history. While it had it’s problems, which can be read about here onGAMURS, it was animpressive showing of talent. The top eight results for singles canbe found below.

Congrats to Ally, as this marksthe first time that a Mario player has won a large majortournament. His victory displays the diversity of Smash 4 and howmany characters can be considered viable. In similar vein,Kamemushi’s performance with MegaMan was also impressive.Hopefully we see more amazing tournaments like this in the future,and hopefully they will be organized better.

While they did not receive aslackluster treatment as the Smash 4 players, some Melee communitymembers have complained about the conditions of thetournament as well. But, nonetheless, it turned out to bean excellent event. The results of the singles Melee tournament canbe found below.

Another exciting tournament, andcongratulations to Hungrybox for his first EVO win. Thefinals this year were a repeat matchup of last year, except for thefact that HungryBox failed to reset the bracket and lost during thefirst best-of-five one year ago. A big congrats is also earned byPlup for managing to break past two gods and taking the bronzemedal. This was an excellent conclusion to the biggest Smashtournament in history.

What did you think of thisyear’s EVO? Let us know in the comments below or tweetus @GAMURScom.