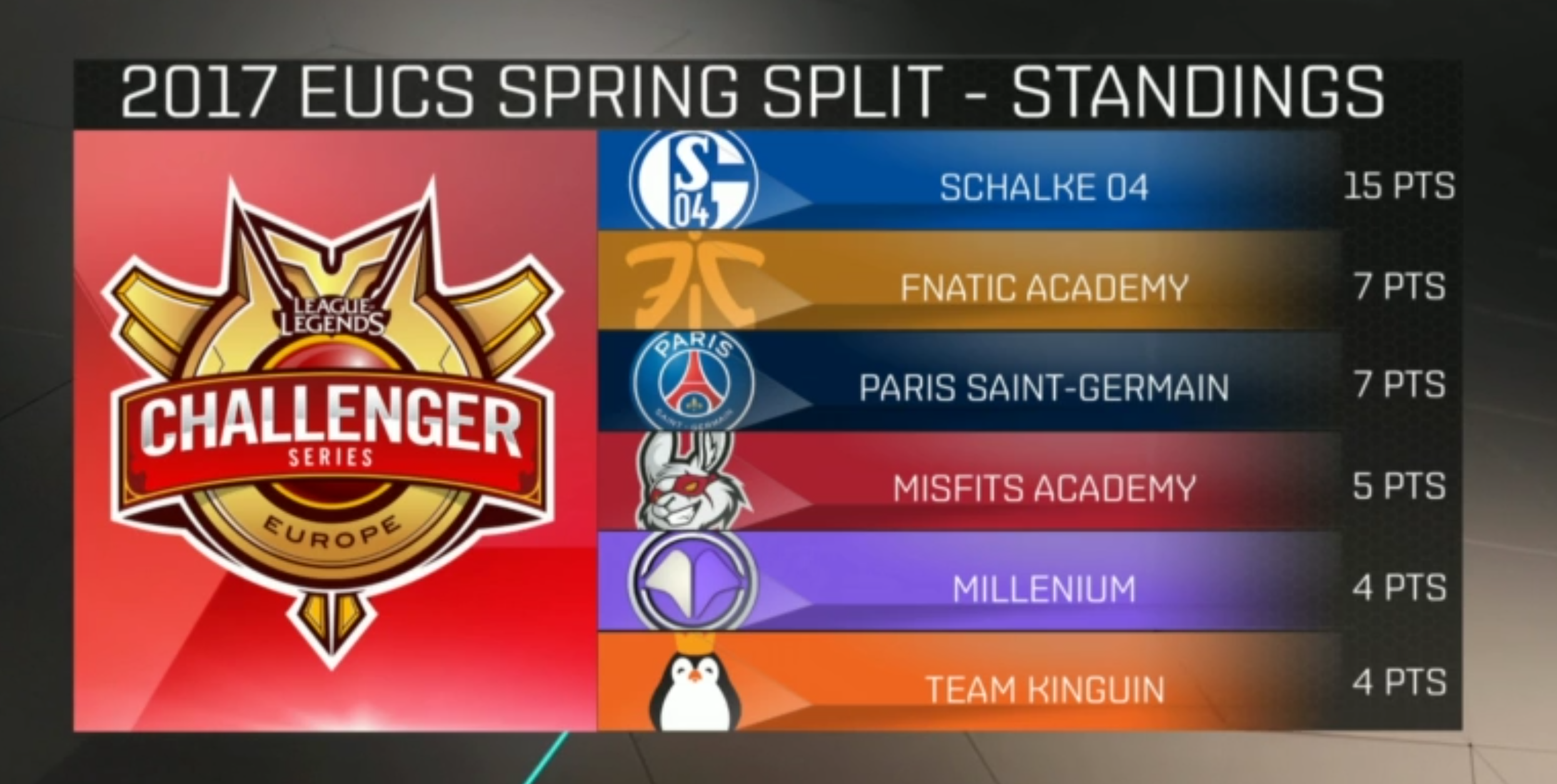 The four teams that will be competing in the playoffs for the European Challenger Series have been finalized.

Schalke 04, Fnatic Academy, Paris Saint-Germain and Misfits Academy will be the teams advancing to the semifinals in two weeks time. Schalke will face off against Misfits Academy, while Fnatic Academy and PSG will battle it out, with the winners of both matches going up against the last-place teams in the EU LCS for their chance at being promoted into the 2017 EU LCS Summer Split.

Schalke is the most likely team to go through, being undefeated in the EU Challenger Series, while Fnatic Academy ends the regular season in second due to their better head-to-head score against PSG.