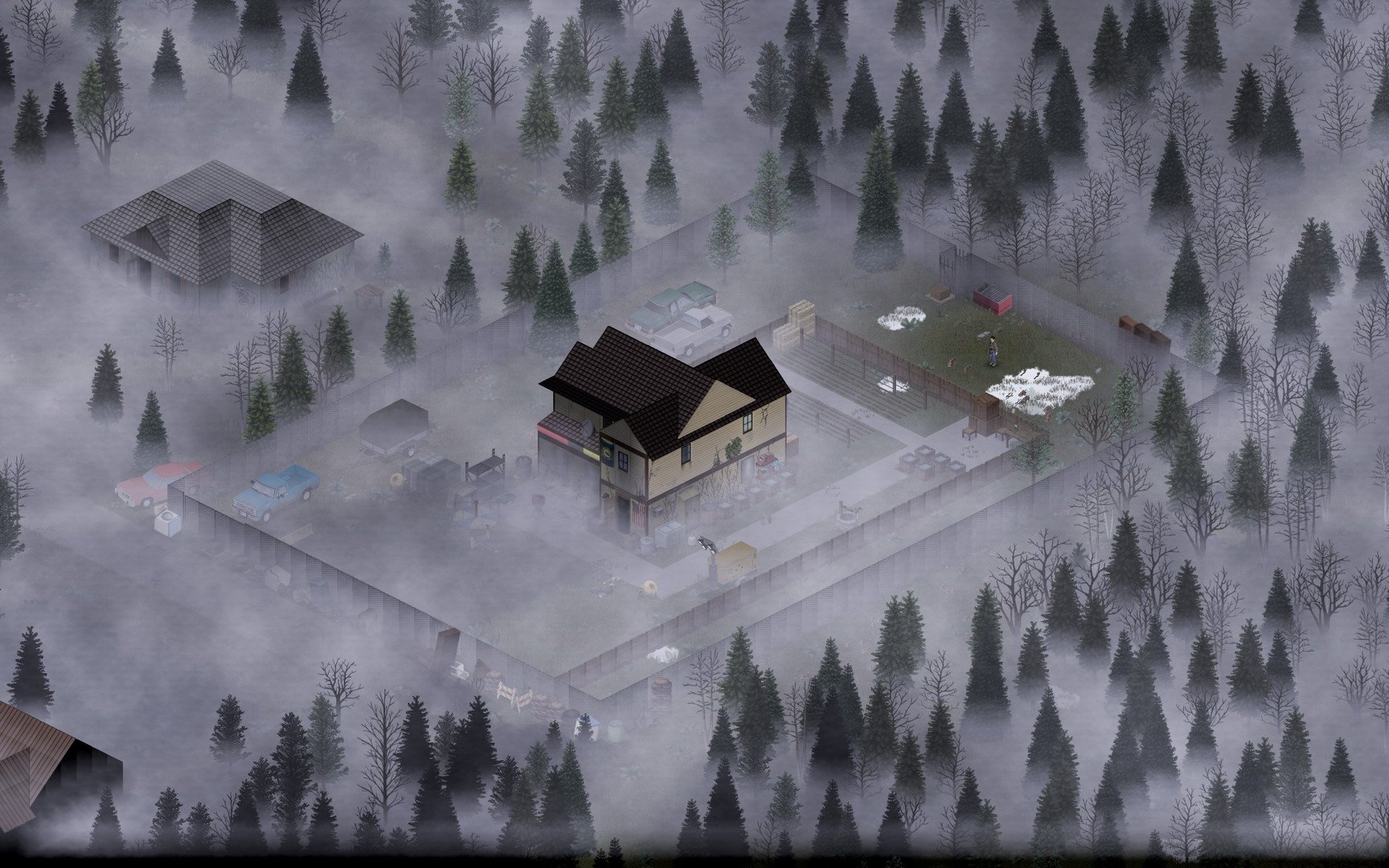 Image via The Indie Stone

The gameplay of Project Zombiod is more realistic than in other zombie games. You are a regular person, not a zombie killer who can take out any zombie with any weapon. Although your weapons make noise and not all of them are great to use, you need to defend yourself any way you can since one bite can kill you.

Weapons are the most important thing you need to survive. Among the many weapons available in Project Zomboid, we’ve highlighted the ones you should aim for. It is important to remember that weapons have weight, can be used with one or two hands, and not every weapon is suitable for breaking down doors or chopping down trees. Keep a handaxe close by when chopping down trees and breaking down doors.

In the list below, we didn’t include shotguns because they are too loud, have a ridiculously short range, and don’t do much damage to zombies. We highly recommend using a different ranged weapon when playing Project Zomboid. We included a pistol and rifle because it’s always a good idea to have one on hand, but you should generally concentrate on melee weapons.

Below are the best weapons you can use in Project Zomboid.

Weapons you should use in Project Zomboid

Pistols need to be accurate and reliable, and nothing is more reliable than the M1911. Keeping your distance from zombies is essential, but hitting them hard is also important. There are seven rounds in the magazine of the M1911 pistol, making it one of the most accurate pistols in the game. The small tradeoff in accuracy is worth the higher damage output. Also, it’s lightweight and only requires one hand to operate, so it’s pretty useful. Since all pistols make a lot of noise, we recommend using a rifle instead because it is more powerful and can shoot from a greater distance. Nevertheless, pistols can save space for supplies and loot if you’re only going to be in an area for a short time.

When you want to clear out a lot of zombies quickly, you need a rifle. You should be aware that most rifles are very loud, and even if you pick one that doesn’t make as much noise as others, it will still attract zombies. Aside from the sniper, the M14 is the most deadly rifle in the game due to its fast use and power. The noise level didn’t matter because if you’re using a rifle, you’ve pretty much dropped all sneaking pretences. There are also several advantages to this rifle, including its accuracy, which is important when making every shot count. The ammunition size may be small, but the accuracy makes up for it.

There is no other regular one-handed weapon that can match the Lead pipe in terms of damage output because the Lead pipe can reach that 1.2 mark. So if you have a Lead pipe and are further in the game, there is no real reason to get rid of it. We recommend keeping it in a safe spot when you get the better weapons because being able to pull it out when other weapons are destroyed can mean the difference between life and death. You can also use this weapon to do great sneak attacks if you haven’t found anything lower on our list.

The Metal Bar is the best regular one-handed weapon in the game. The item is easy to carry around and is very common. If you can grab one, keep it close by because these are better than the other items you find in the game. It also has less condition reduction than other one-handed weapons with similar damage output, making it a great option if you want a weapon that will last a lifetime. While it won’t be as strong as a lead pipe, it will last longer, so 0.1 difference doesn’t matter much when you’re just getting started.

Despite not being Darth Maul, a double-bladed weapon can make you feel like him. You may not get as much damage as you would like, but critical hits will double the damage. You have a 50 percent chance of getting a critical hit every time you strike a zombie, making that even more appealing. As a result, faster kills can be achieved if needed. The weapon isn’t meant to be used to break into doors but for hand-to-hand combat or sneaking up on someone. When you’re surrounded, you should run because the critical hit chance can always backfire since it’s a 50/50 chance.

It’s probably one of the most popular weapons in the community, but that doesn’t make it the best. This weapon is pretty fierce on its own, don’t get us wrong, because it can consistently do twice as much damage as any weapon above it. It can potentially cause 12.0 to 18.0 damage every five shots because of its critical damage modifier. When it comes to killing zombies in a short time, there is no way of overestimating the amount of damage you can inflict on them. It also does a lot of damage to doors and trees, making it more useful than anything above it. It’s easy to see why so many people like it with all that in mind.

You may be wondering why this would beat the average machete with such a small damage output? Critical chance and damage played a major role in this weapon’s victory. You can potentially do 13.0 to 20.0 damage to zombies every three to four hits. That is a lot more damage and more consistent zombie-killing potential than the regular machete. You can’t use this spear to cut down trees, but these weapons should be used to kill zombies, so that’s a sacrifice you should be willing to make. When using the spear, remember that there isn’t much more range, so don’t assume you can kill zombies from further away.

Pick Axes are extremely powerful against zombies, and their damage multiplier makes them almost invincible. You can also use it to break down doors and chop down trees, making it more useful than just a zombie killer. As this weapon does more damage than a regular Hand Axe, you won’t need to carry around a spare. Keep an eye on the conditioning, as destroying this weapon will also make you lose the ability to break trees and doors. You shouldn’t pass up this weapon as loot due to its usefulness, so pick it up even if you have a better one.

The base damage of a Wood Axe may seem pathetic, but consider its critical stats, as you should with any weapon. With every hit, you have a 50 percent chance of dealing 15.6 to 35 damage. With a Wood Axe, you’ll be able to kill zombies much faster than with any of the weapons listed above. On top of that, it deals 50 damage to doors and trees. It’s hard to imagine why you would leave home without this axe.

Katanas aren’t very good at taking down trees and doors, but they do their main job very well. When combined with its critical stats, we don’t know why you would pass this weapon up with its consistent 8.0 damage. A Katana can potentially deal 48.0 damage every three to four shots, which is a Zombie’s worst nightmare. As one of the most durable weapons, you won’t have to worry about overuse as much as you do with other weapons. It is worth making an effort to grab Katanas, even if it is a bit more risky than usual.