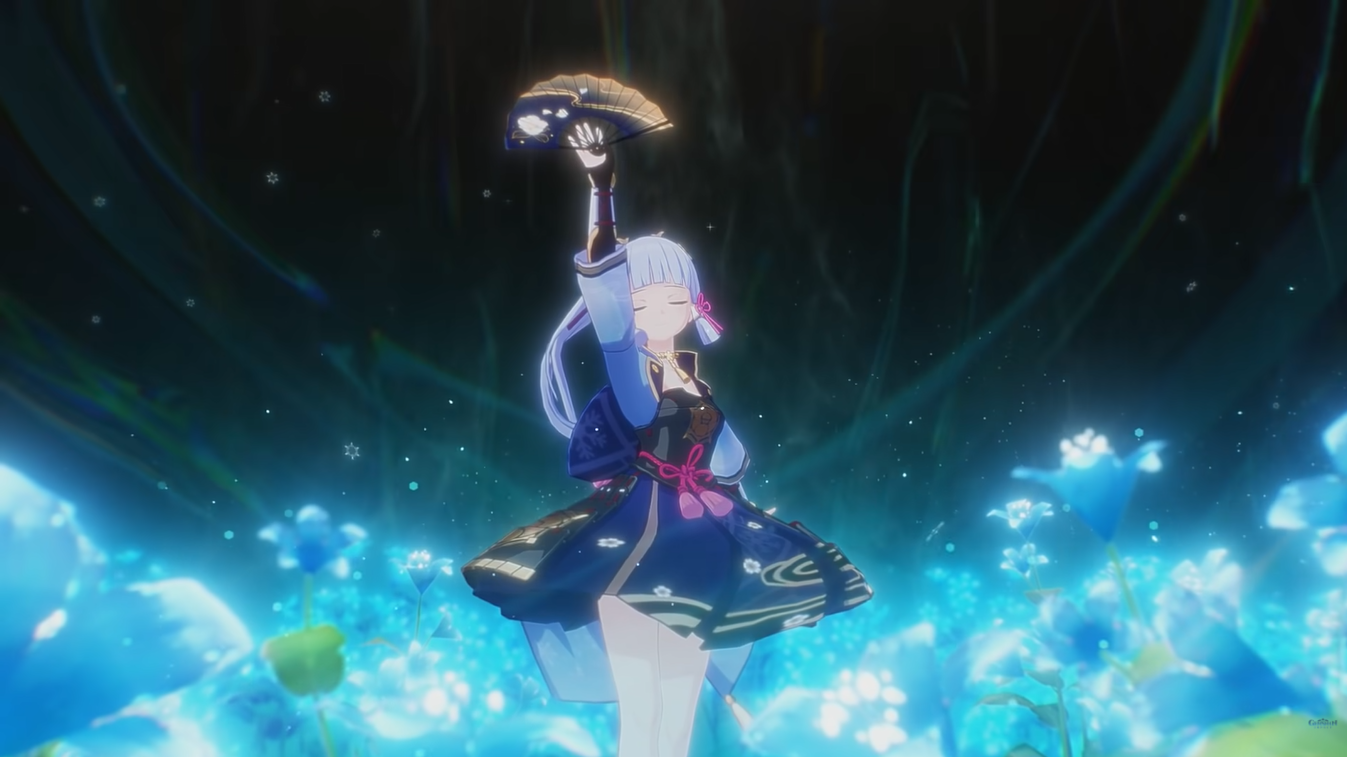 The five-star Cryo Daughter of the Kamisato Clan Kamisato Ayaka is a favorite among the Genshin Impact community. Kamisato Ayaka was first released on July 21, 2021, and has finally returned for her first rerun in the special event “The Heron’s Court” banner.

Her rerun comes right after the end of her brother’s release and first banner. Kamisato Ayato was just introduced both in the storyline and in the last banner with his first-ever run in Genshin Impact.

In addition to her impressive Cryo abilities, Kamisato Ayaka is also one of only two characters—the other being five-star Hydro Catalyst character Mona—who has a special cloaking sprint. This exclusive sprint type allows players to move faster, easily evade enemies, and glide right across bodies of water. These two characters are highly sought after because this impressive ability makes all aspects of exploring Teyvat much easier.

Whether you are wishing on Kamisato Ayaka now or you previously attained her in the past and are looking to switch up her build, here is a complete guide to everything you need to know to maximize her potential.

Kamisato Ayaka is a Sword character. Luckily, swords are one of the more common weapons in Genshin Impact so there is no shortage of options to build her with. Each sword builds different abilities, so think about what you want to improve upon when choosing which sword to equip Kamisato Ayaka with.

This five-star Inazuman sword is a popular choice to pair with Kamisato Ayaka. It focuses on increasing Elemental Damage which is a must for a character with already impressive Elemental abilities.

Stacks of Mistsplitter’s Emblem can be obtained through a Normal Attack successfully dealing Elemental Damage, casting an Elemental Burst, or dropping the character’s Energy level below 100 percent.

One of the best aspects of Sword characters is their impressive base health statistics. This five-star sword utilizes this feature to improve upon the Sword user’s Attack based on their health.

The “Protector’s Virtue” ability of Primordial Jade Cutter increases the wielder’s health by a massive 20 percent. It also grants an Attack bonus of 1.2 percent of the character’s max Health Points.

Oddly enough, the five-star sword that was designed for her brother Kamisato Ayato is also a great choice for Kamisato Ayaka. This Inazuman blade has a “Honed Flow” ability that grants a 12 percent Elemental Damage bonus.

When other members of the party use their own Elemental Skills, the wielder of this sword will gain a stack of Wavespike. Wavespike can only be stacked up to two and a new stack can be triggered every 0.3 seconds.

The character wielding Haran Geppaku Futsu can consume their stacks of Wavespike by using an Elemental Skill. When consumed, Wavespike increases Normal Attack damage by 20 percent for a total of eight seconds.

Five-star weapons are almost always the best choice in Genshin Impact, but since they are much harder to attain, remember that there are many solid four-star choices too. Amenoma Kageuchi is a powerful four-star sword and a great choice for Kamisato Ayaka. The blueprints to craft it are attainable through a quest that is relatively easy for any player to work through.

Sword characters are some of the most versatile in Genshin Impact. What you equip them with will vastly change how they function in battle, so be sure to think about how you want Kamisato Ayato to perform alongside the rest of your team when choosing her Artifacts.

You can never go wrong with applying the Artifact set that builds a character’s specific Elemental Damage type in Genshin Impact. In fact, it is almost always the best choice to at least use the two-piece set of their Elemental Artifact type.

This new set was introduced in Version 2.6 and has quickly become a favorite among Genshin Impact players. The two-piece set increases Attack by 18 percent.

This is perhaps the most versatile Artifact in Genshin Impact. Noblesse Oblige works great with nearly any character and any build because it increases Elemental damage.

Ascending characters as quickly as possible is essential in building their statistics. Unfortunately, this does require a massive amount of resources so players should start gathering them sooner rather than later.

Players should also note that the materials needed for Kamisato Ayaka heavily overlap with those needed by her brother Kamisato Ayato. Thus, attempting to attain and build the siblings at the same time would be extremely difficult.

Raising characters’ talents massively affects how well they perform in battle. Kamisato Ayaka’s talents require players to regularly take on the Lord of Vishaps Azhdaha for Bloodjade Branch and Nobushi or Kairagi for all variations of Handguards. Players will also need to regularly visit the Violet Court Domain in Inazuma on Tuesdays, Fridays, or Sundays for the variations of Teachings of Elegance.

Genshin Impact reruns are known for being unpredictable and sporadic, so if you are hoping to recruit Kamisato Ayaka be sure to spend those hard-earned Primogems on the five-star Cryo Sword user before her banner ends on May 10 because it may be a long time before she returns.