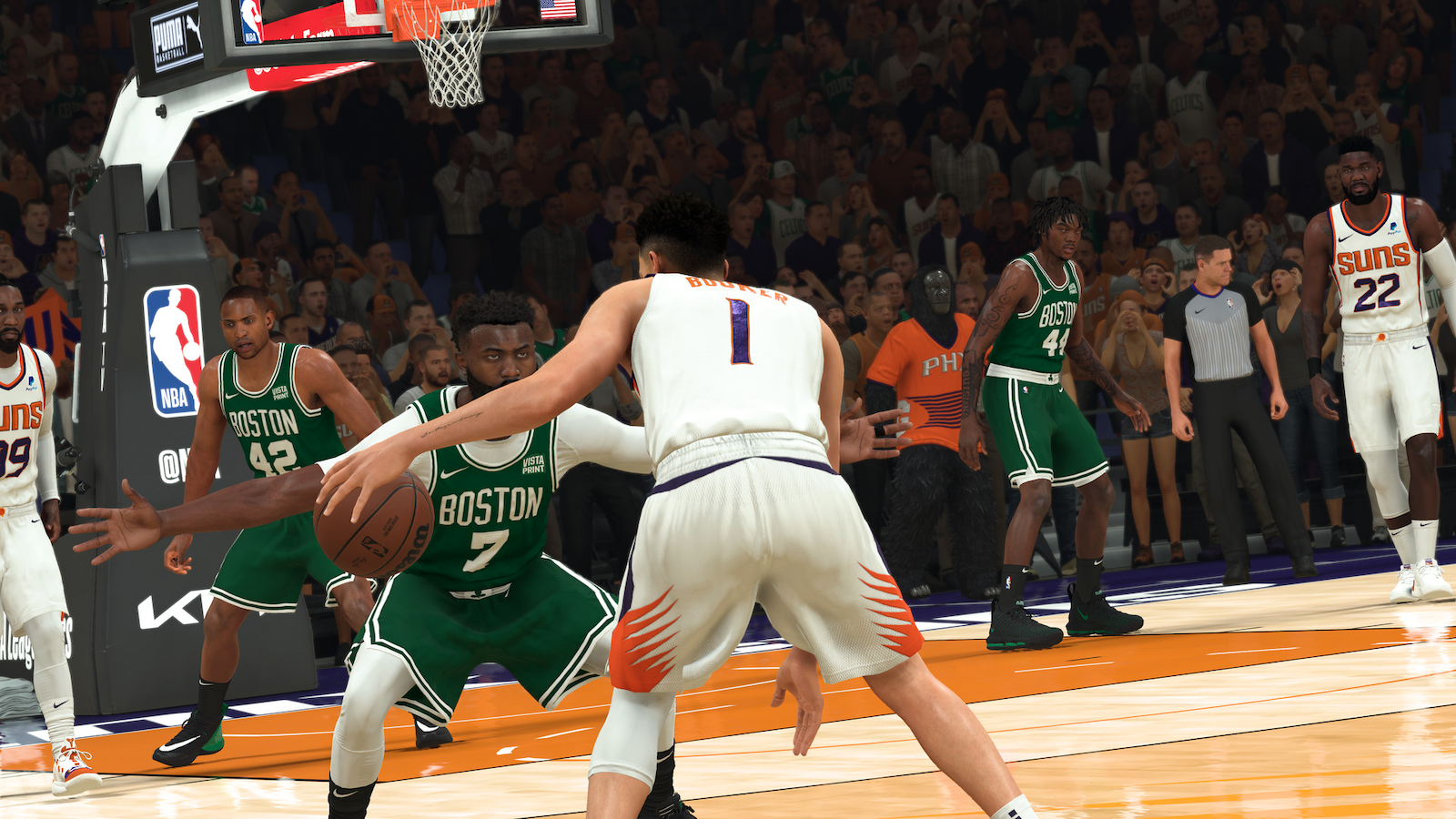 NBA 2K23 players are finding out more and more about the next iteration of the franchise as its release date draws near. We already know what editions the game will come in, who the guest stars in MyCareer will be, and saw first previews of the gameplay. Now, it’s time for dessert. 2K Games is ready to feed us the official NBA 2K23 player ratings.

Player ratings are always what gathers the crowd when a sports title is close to release, more so than gameplay it seems at times. Well, if that’s the case for you, we got you covered. 2K Games has started the process of gradually releasing major player ratings from the game, one player at a time, and we collected all of them here for you.

Giannis Antetokounmpo is the top-rated player in NBA 2K23 with a 97 OVR. Giannis improved from last year’s 96 OVR to claim that position. Despite winning two MVPs in 2019 and 2020, and a title in 2021, this is the first instance of Giannis holding the top rating all by himself.

LeBron James is a 96 OVR player in NBA 2K23. The Lakers star is not slowing down in the slightest and his fans can rest assured that they will be able to still dominate with their favorite player in 2K23.

Steph Curry is a 96 OVR in NBA 2K23. He shares the same overall rating with LeBron, but you don’t need us to tell you the two will do their damage in the game in vastly different ways.

Kevin Durant is rated 96 OVR in NBA 2K23. The offseason drama hasn’t affected KD’s stats, although his ranking next to Bron and Steph could be questioned by some.

What is Luka Dončić’s NBA 2K23 player rating?
Luka Dončić has a 95 OVR in NBA 2K23. 2K isn’t ready to rank Luka next to the old guard yet. That moment will probably come soon enough, but it will take at least another year.

Now that the top ratings are out, the player base can initiate the annual debate on what 2K Games got right and wrong.