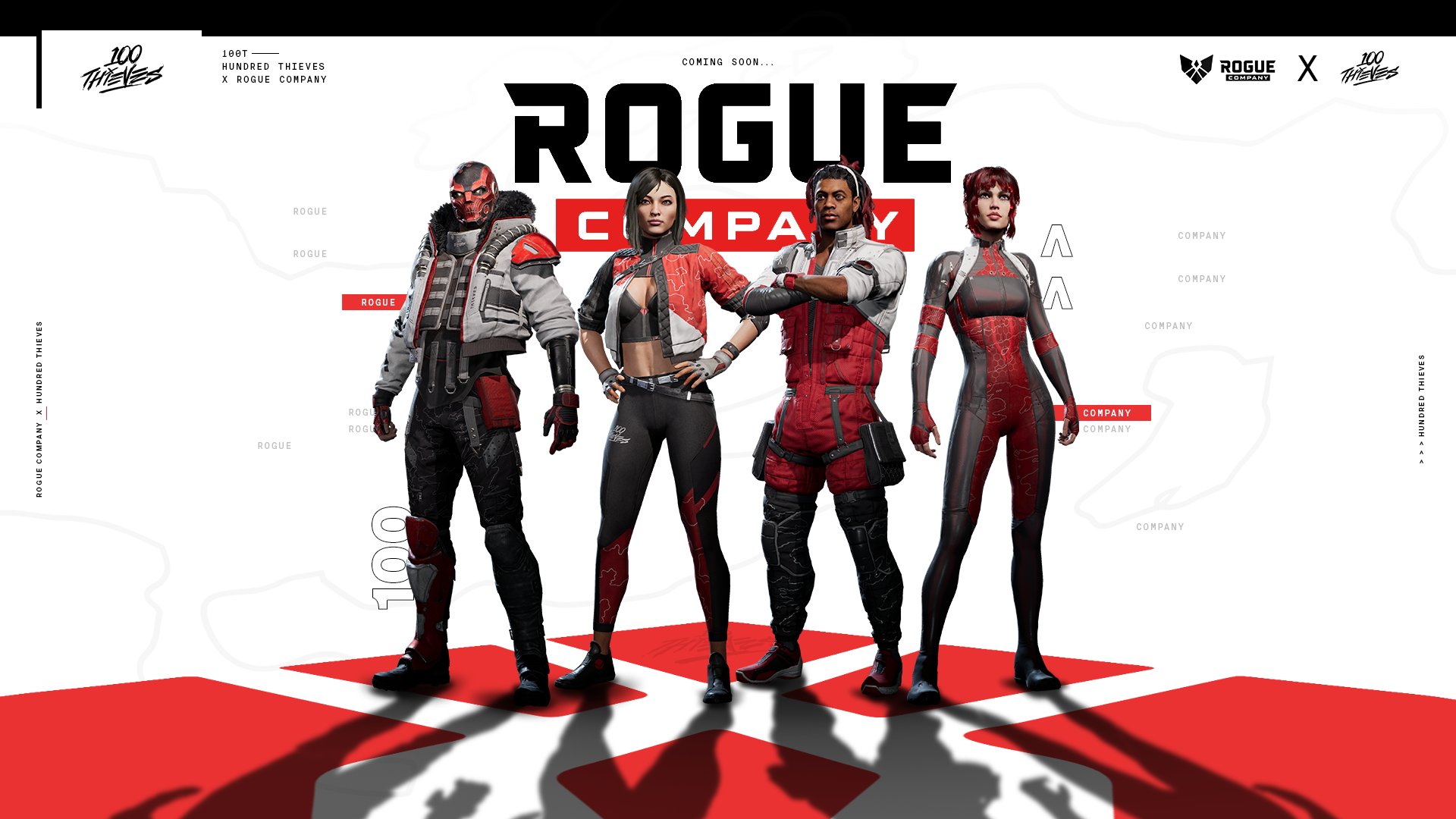 The organization has been teasing the skins for a few days, but it dropped a video starring some of the 100 Thieves members, like CEO Matt “Nadeshot” Haag.

“It’s beyond surreal to think three years ago we were five employees working out of a bedroom to fast forward now and have 100 Thieves customized skins in a video game,” Nadeshot said. “Blessed to say the least.”

The DLC includes 100 Thieves-themed skins for Dima, Ronin, Saint, and Phantom, and weapon wraps for both weapons, the wingsuit, and a spray.

100 Thieves members like CouRage are currently livestreaming the game to celebrate the launch of the DLC,and the game’s open beta. The beta is now free to download and play for everyone, having previously been only in closed beta.

Rogue Company is available to try now on PS4, Xbox One, and PC.