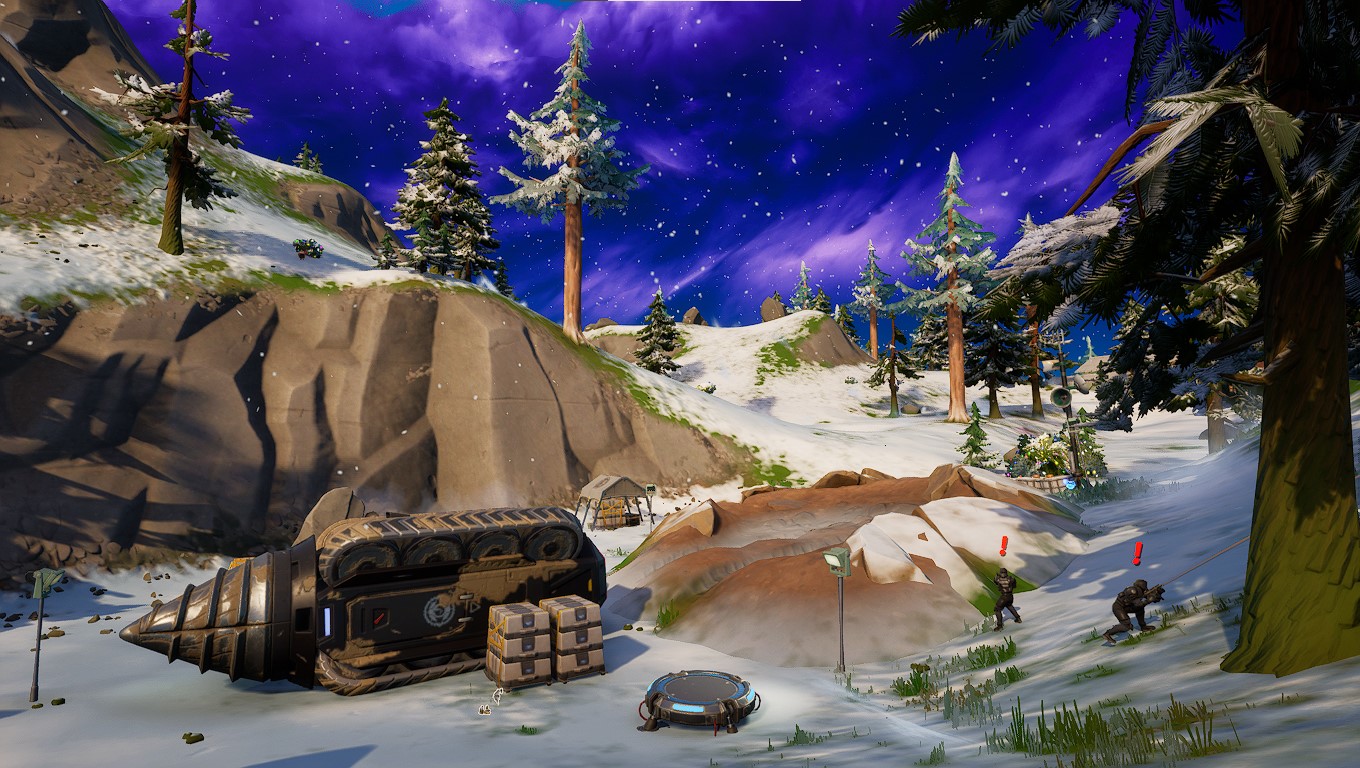 In 2022 alone, Fortnite has updated its game with extreme weather like lightning and tornadoes that can destroy parts of the map. In addition, it now seems that earthquakes are shaking the island and taking buildings down with them. Fortnite has lost some minor structures in the last three weeks, with the worse likely yet to come.

A YouTuber by the name of EveryDay FN has closely tracked this phenomenon. They’ve been following the daily earthquakes and where they move each day for the last three weeks. When an earthquake occurs, it will cause your screen to shake, a controller to vibrate, and items around you may become damaged.

The earthquakes started on Feb. 16 at Covert Cavern, the base of the Imagined Order, according to EveryDay FN. These earthquakes are likely a result of drills that players have seen around the map this season. If that’s true, it’d make sense that the starting point for those drills would be at the IO base.

On Feb. 18, the drills began to move away from Covert Canyon, causing earthquakes just to the south. Cracks formed on the road and the surrounding landscape began to shake. From then until Feb. 21, the drills started to move south toward the bridge, continuing to crack the ground and break trees.

The next significant moment occurred on Feb. 22 when the drills moved across the bridge and in front of the coffee shop. Huge cracks were forming in front of the store, more than had been noticeable on the road before.

The next day, the earthquake moved into the coffee shop, beginning to damage the walls and items. The damage got progressively worse until Feb. 25, when the entire building began to break. Twenty-four hours later, the coffee shop had collapsed into the ground, with nothing left to be seen but a few chests.

After claiming the coffee shop, the drills moved closer to Tilted Towers. They got as close as the gas station on Feb. 28 and even managed to blow up the pumps. At that point, the earthquakes continued to move toward the center of Tilted Towers, damaging the pawnshop and other buildings.

After nearly getting into Tilted Towers, the drills changed course and began to head east. After traveling for a little while, the earthquake came to a red house to the southeast on March 5. The next day, the house collapsed into a hole in the ground, just like the coffee shop before it.

At time of writing, players can feel the earthquake at a bone-like structure to the north of the collapsed red house. What effect, if any, the drill will have on the remains is yet to be seen, but it’d be strange if this is the only structure that goes untouched.