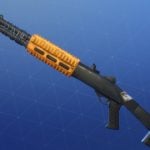 When gamers think of Fortnite, almost all of them refer to the Battle Royale version of the game. While the game’s entrance to the Battle Royale (BR) genre was the main reason behind its impressive success, Fortnite existed long before it became a BR title in the shape of Save the World.

STW is a PvE tower defense game that features quite similar characteristics with its younger BR brother. STW isn’t free, however, which creates a small barrier of entry for newer players. Though the game looks simple enough as a viewer, it gets relatively more challenging if you don’t know your way around the meta.

Like the BR version, Epic Games tinkers with the guns and adds new ones to spice up the gameplay. Keeping up with the best weapons in the game will allow you to stay on top of your game and help you decide which guns you should aim for in the in-game shop.

STW community may look tiny compared to Fortnite: Battle Royale, but it still has excellent content creators that strive to guide the players toward the best. Beast’s quarterly rankings and Diezen’s tier list were vitally helpful while conducting the following list, and each weapon will let you take that one extra step to achieve greatness in STW.

Here are the best weapons in Fortnite: STW.

Snipers are essential for almost all missions, even if it’s for collecting information. Neon Sniper Rifle’s thermal scope makes it one of the most impactful rifles in the game, and it can shoot through walls as well.

It can also break down walls in a couple of hits, which lets players demolish obstacles. This is mostly useful for allowing your teammates to help you and increasing your vision around the map.

Siegebreaker is a reliable weapon. It doesn’t shine in any particular aspect, but it does what it does the best and dishes reliable damage. It’s relatively easy to use with nice recoil control.

It relies less on perks compared to guns like Typewriter, making it a safe choice for anyone who’s just starting to play STW.

Unlike the BR version, melee weapons can be quite useful in STW. While mythical ones will just run away with the competition when comparing base stats, they’re difficult to obtain, turning them into unicorns you should chase throughout your STW career.

Spectral Blade relies heavily on perks to reach its full potential, but it can still shred through the early game even in its base form. While you can experiment with how you like to find the perfect balance, using the damage stacking perk is almost a must to take it to the next level.

This stacking damage buff that goes up to five times will let you demolish multiple monsters in close-quarter-combat situations.

Single firing all of your enemies will get harder and harder as you progress through STW. A time will come when you’ll need to bust out your trusty bow and start dealing area of effect (AoE) damage.

Vacuum Tube Bow comes with the necessary stats and perks to take it to the next level, but what makes it unique is its passive. Hitting a monster with this bow causes chain lightning to strike up to six monsters, meaning it even has a wider AoE.

If you don’t have any mobility problems, this bow will be perfect to become your main DPS source. In any case, your setup is lacking ways to slow down, The Powder Keg also turns into an excellent alternative due to its snaring ability.

The shotguns are in a crazy place as of now. Almost all of them are insanely powerful and viable and can shred through nearly anything you throw at them. Ground Pounder shines a little bit more compared to the rest due to raw damage output and flexibility.

With the correct perks, the gun gets incredibly fast. If you lack AoE damage, you can even make up for it with Ground Pounder. As powerful as Ground Pounder may be, you should still watch your movements since you’ll be fighting in a close range scenario versus all the monsters. Try not to corner yourself and plan ahead your routes while one-shotting everyone that crosses your path.

Most SMGs feel almost identical. Since they dish out their damage in the shortest time possible, it’s quite hard to notice the difference between each of them. Based on stats, Thrasher simply takes the crown due to its sheer damage output.

It’s almost a better spinoff of Founder’s Quickshot just because it’s still obtainable inside the game. With a critical damage focused perk set, Thrasher just takes off and turns into a laser beam.

Statistically, Thrasher is, hands down, the best SMG in the game. If you were to compare Ratatat’s base stats to Thrasher, it wouldn’t even be a close competition.

Ratatat excels differently, though. The gun’s perk options transform into an absolute powerhouse, and it suddenly becomes almost better than Thrasher. Like how it was for the Spectral Blade, it’s yet another damage stacking perk that allows Ratatat to stand aside from the rest.

Each fired shot grants 1.8 percent extra damage for a second, and this buff stacks up to 15 times. Considering this is a rapid-firing SMG, getting those shots in will only take seconds, and as long as you have monsters in your line of sight, the rest will be smooth sailing.

Though everyone has that one friend who runs around with a launcher no matter the mission, they don’t get to see the light of day as often. They’re highly situational, and when you need to use them, you’ve to make sure you use the best one to clear all the monsters as soon as possible.

Not only is the De-Atomizer one of the most solid launchers in the game, but its perk potential allows it to turn into a demolition machine. Using the expanding ring of damage perk can fasten up clearing crowds immensely, and it’s just an overall critical hit machine.

You’ll notice that all the weapons listed do have close competitors that feature similar stats. If you have an alternative with almost the same stat line, using that won’t give you any disadvantage. These weapons rose above the rest because of their perk options allowing them to be more flexible.

We retained from naming any mystic, founder, or event weapons just because it’s almost impossible to get your hands on them, and they’re clearly the best weapons in the game with no questions asked.

Always keep your eyes on the patch notes since the best weapon of today can suddenly fall out of the meta with a simple patch. You can follow this spreadsheet to see how your arsenal stacks up against the rest and to monitor any changes to the power rankings in the future.

Related: See all the weapons to avoid with the list of the Worst Guns in Fortnite.