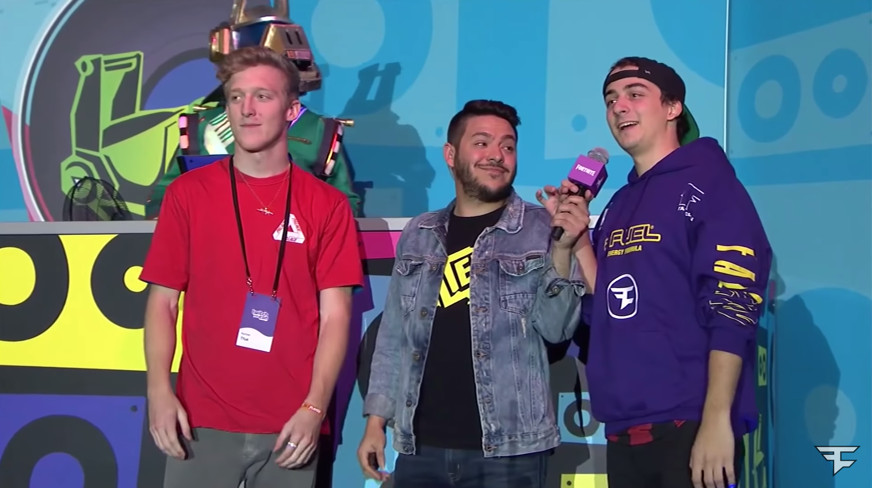 Ex-FaZe Clan teammates Dennis “Cloakzy” Lepore and Turner “Tfue” Tenney were considered one of the best Fortnite duos in the world, especially after earning a combined $510,000 from their Fall Skirmish victory last October.

The two Fortnite stars hit a rough patch last month, however, when an argument happened over a $140,000 brand deal for Madden 20. But Tfue and Cloakzy may play together once again during the next season of Fortnite.

While Cloak was streaming “The End” event yesterday, he accidentally showed his private messages, revealing that he’s possibly looking to reunite with his old teammate.

Before his chat could create any fake rumors, Cloak addressed his community by saying, “we haven’t played together yet, OK?”

The Fortnite star explained that he has a few squads he’s looking to try out for the upcoming Champion Series for season 11. One potential roster features himself, Tfue, Khanada, and Fiber.

Most competitive Fortnite players test out squad compositions with different people to try to find what works best, so it’s also possible that this won’t be Cloakzy’s final lineup for the next season. Fortnite is down right now, though, so their plans to practice are certainly on hold.

Fortnite Chapter Two is rumored to become available on Tuesday, Oct. 15, according to multiple data miners.