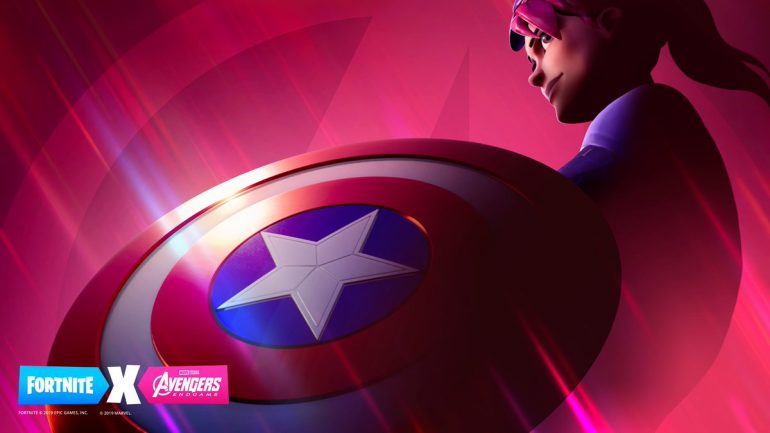 Epic Games has revealed the first teaser of what could be a new Fortnite x Avengers crossover coming to the game soon. “Whatever it takes,” the company wrote this morning with the date April 25 next to it, which is one day before the release date of the new movie Avengers: Endgame in the United States.

It’s still unclear at this time what this crossover event will bring to Fortnite, but it’ll likely be similar to the first collaboration between Marvel and Epic, which brought Thanos to the game last year in season four for Avengers: Infinity War. During that event, players had a Limited Time Mode in which they could obtain the Infinity Gauntlet, become Thanos, and destroy their opponents with massive damage, extra health, and regeneration.

This first teaser images shows one of the Fortnite characters holding Captain America’s shield. This could mean that Avengers-themed cosmetic items are coming to the game, such as character skins, back blings, pickaxes, and more. Something similar happened when Epic partnered up with Marshmello to create his concert in the game, and players were able to buy Marshmello’s character and unlock exclusive items themed after him through a set of challenges.

Fortnite leakers have been finding hints of an upcoming event for the past few weeks, and they all seemed to add elements from Avengers to the game once again. They found kill feed lines that mentioned “the power of Thanos,” which could mean that the Infinity Gauntlet is coming back to the game soon, too.

Epic might reveal new teasers for this Fortnite x Avengers crossover event over the next few days. Players can expect a full reveal on April 25.