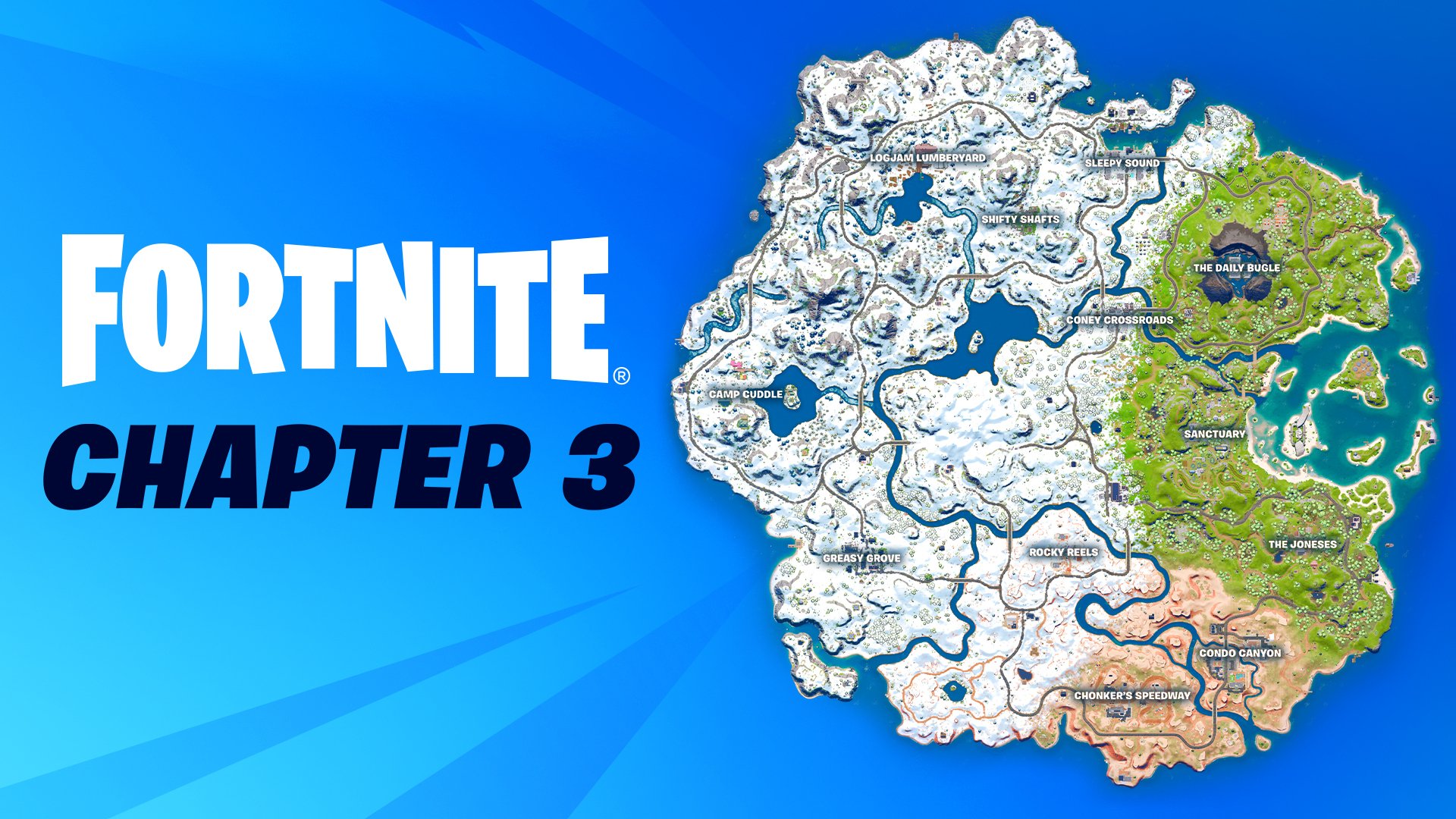 Each new season, Fortnite implements a handful of changes to its map to spice things up for players. But it isn’t until the end of a chapter that we see a drastic facelift.

This new map is live now for players to traverse and experience. But if you’re trying to get an early grasp on things and plan how you’re going to drop when entering the battle royale, then here are all the named locations you’ll need to memorize on the new map.

Fortnite Chapter Three, season one, completely restructures the map we saw for the majority of Chapter Two, adding a ton of new points of interest.

Amidst the snowy western side of the island are Camp Cuddle, Logjam Lumberyard, and Greasy Grove. In the middle of the new map to the north is Sleepy Sound and Shifty Shafts, while Coney Crossroads and Rocky Reels are more central. South in the desert area is Chonker’s Speedway and Condo Canyon. To round out the new map in the green pastures is The Joneses, Sanctuary, and The Daily Bugle, which is located within a massive canyon.

It’s likely when the season draws to a close, there will be some changes made to the map. But for now, make sure to memorize these key locations.