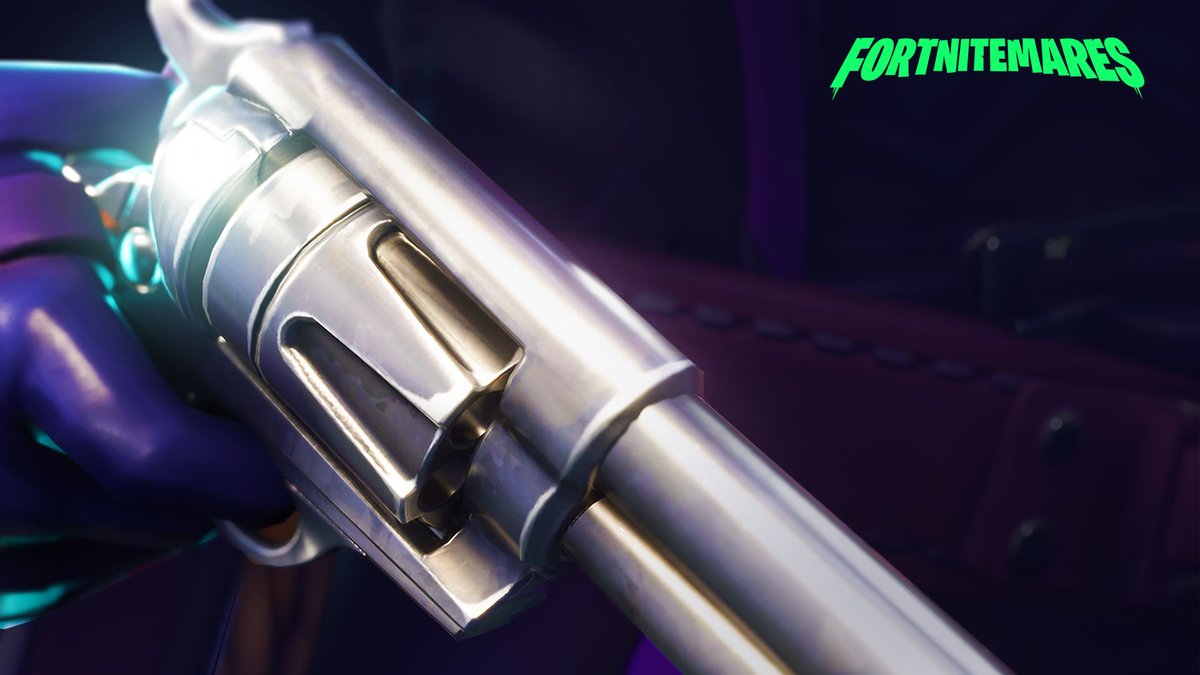 Epic Games has carried its spooky trend from this weekend into the new week with yet another teaser image for a Halloween-themed event in Fortnite: Battle Royale.

The first teaser image for Fortnitemares was posted at 9am CT on Saturday—and a second tweet went out 24 hours later. Now, another day has passed, and Epic has posted a third teaser image on Twitter.

This new image appears to be some type of revolver, potentially being held by the man shown in the first teaser. Similar to the previous tweets, this teaser image also comes with a short poem. “Take the shot, if you have enough to last,” Epic said. “The wind calls out, fill your chambers, fast.”

Once again, Fortnite fans still haven’t been able to figure out any additional information from these poems and teasers. Most fans think Fortnitemares is just the name of some type of in-game event, while others believe it could be a Halloween-themed LTM.

Since it seems like all of these images are somehow connected, Fortnite fans can probably expect to see at least one more teaser posted tomorrow before we learn anything else about Fortnitemares.