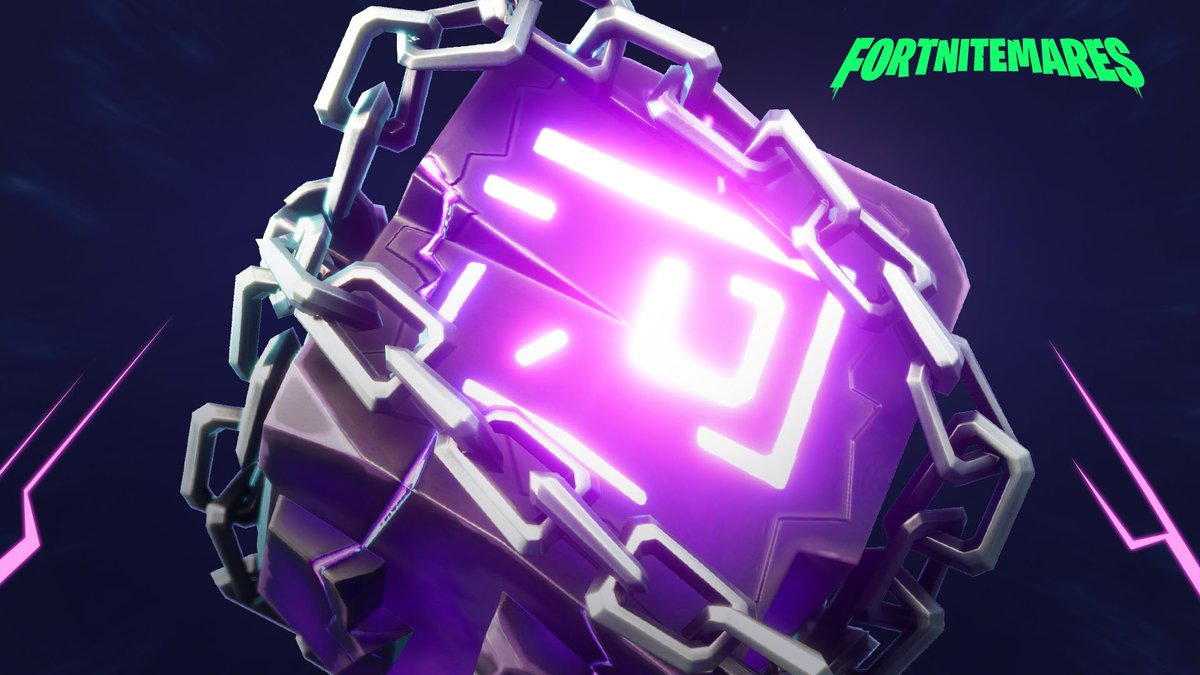 Epic Games has made yet another cryptic tweet that could be teasing a Halloween-themed event in Fortnite: Battle Royale.

Yesterday, the first teaser image for Fortnitemares was posted at 9am CT—and 24 hours later, Epic has tweeted another mysterious picture. It looks like a miniature piece of the purple cube with one of the strange rune symbols on it is chained up for some reason.

Both cryptic tweets have also featured a short poem to go along with the teaser image. “Tombstones quake, keep your finger steady,” Epic said. “The circle will close, better be ready.”

But these poems unfortunately don’t offer much information about what Fortnitemares is—most fans believe it’ll be the name of an in-game event, while others think it could be a Halloween-themed LTM.

Related: A cryptic tweet from Epic Games could be teasing an event called Fortnitemares

Epic is known for posting teaser images before the start of new seasons in Fortnite: Battle Royale, but that’s obviously not the case here. Regardless, Fortnite fans will most likely be excited to see whatever the developer has planned with Fortnitemares.