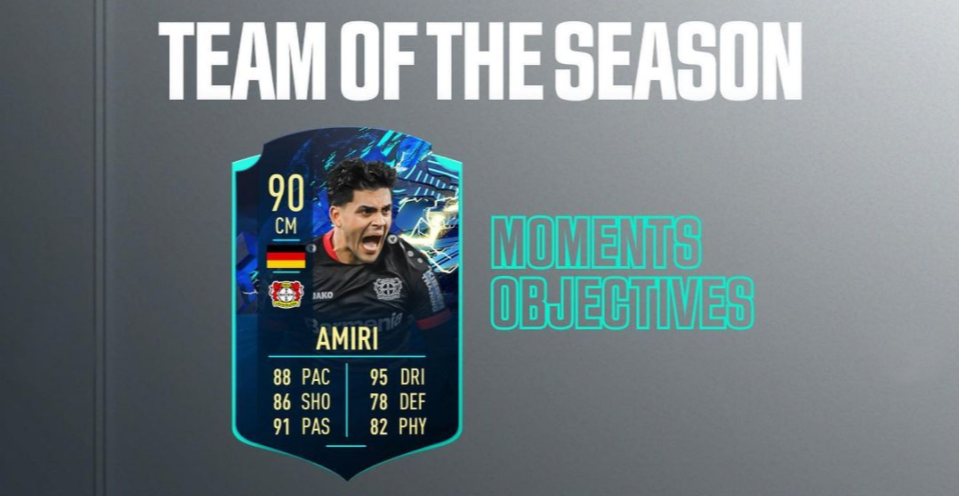 This is Amiri’s first special card. He’s part of the Bundesliga TOTS promotion. TOTS celebrates the best players who had a large impact on their respective clubs in the different leagues across Europe.

This is a great card in general. It already has good stats, but you can apply the shadow style to further elevate his Defending (+9), Pace (+7), and Dribbling (+1) to 97. Player Moments Amiri also has five-star skill moves and a three-star weak foot.

Player Moments Amiri’s objectives will expire on May 21. That’s plenty of time to complete his four objectives and none of them require you to win matches. Every task has to be completed through Squad Battles.

Here are all of the objectives you have to complete to earn TOTS Moments Nadiem Amiri.