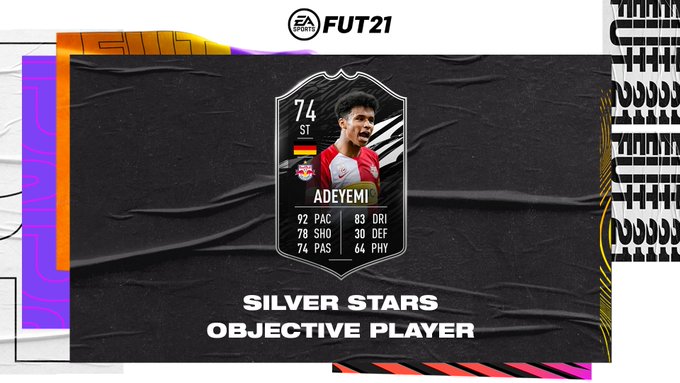 The concept of Silver Stars consists of releasing boosted versions of silver cards in Ultimate Team. Silver Stars Adeyemi’s objectives will be available for a week until Dec. 9.

Here are all of the objectives you need to complete to earn Silver Stars Sambia.