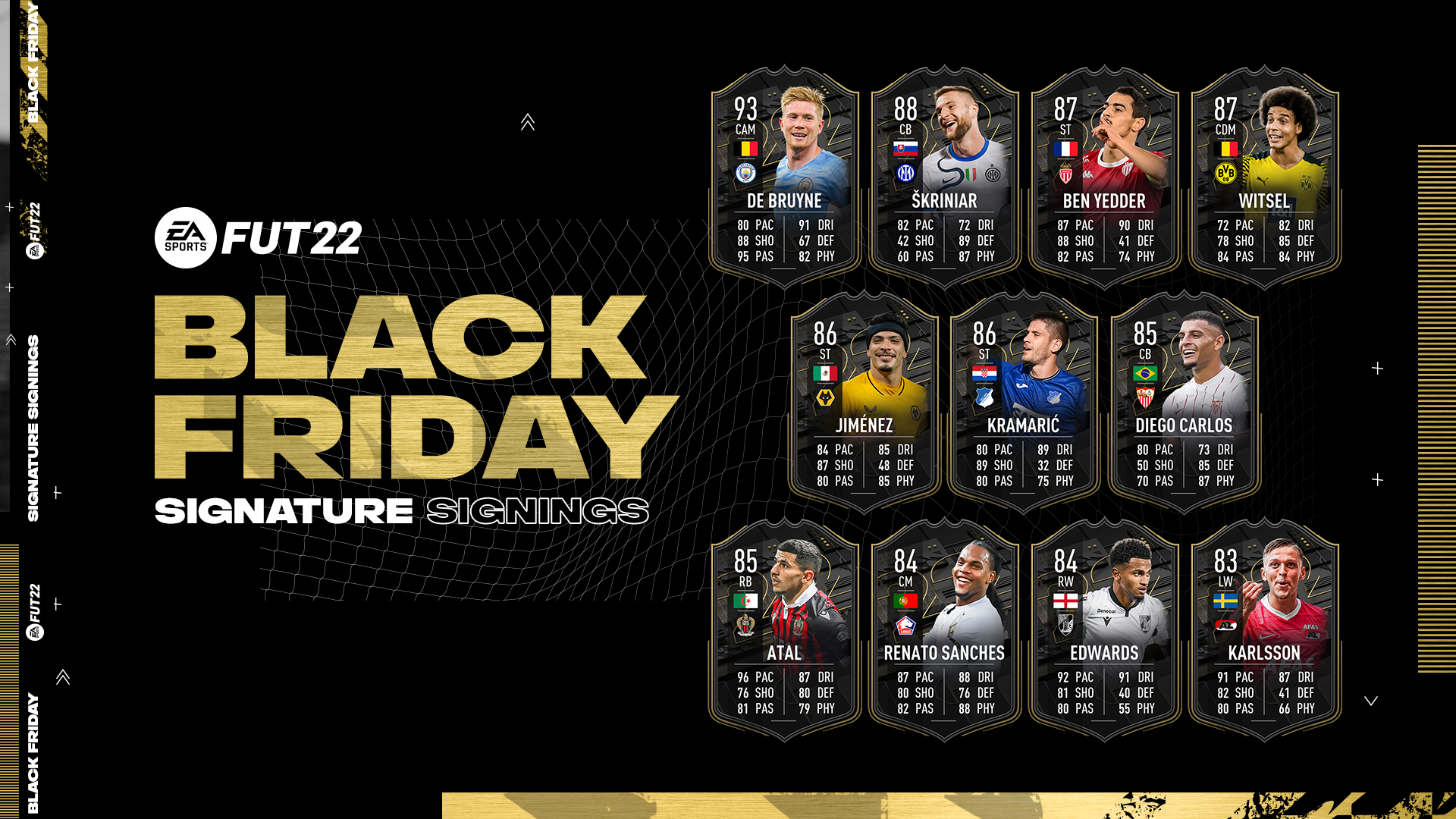 Black Friday is also coming to FIFA 22 Ultimate Team this year. EA Sports will launch a series of new content over this weekend, such as Signature Signings, two Best of Team of the Week (TOTW) teams, and flash squad building challenges (SBCs).

One of the new Black Friday features is Signatures Signings player items. These players will receive permanent upgrades to celebrate the most successful transfers and honor “their memorable debut season at their current club,” according to EA.

The first batch of Signatures Signings players is available to get through packs from today until Tuesday, Nov. 30. There are 11 players in total and some of the ones included are 93-rated Kevin De Bruyne, 88-rated Milan Škriniar, and 87-rated Wissam Ben Yedder.

The next Signature Signings batch will be smaller than this one and will be released on Nov. 28 and will be live until Nov. 30. So both releases will be available at the same time starting Sunday, Nov. 28.

The promo will have Black Friday Daily SBCs and if players complete them four days in a row, they’ll earn the group reward for the corresponding Black Friday objective. The first one is already up through FIFA 22 Ultimate Team’s objectives menu.

Players will also be able to complete week-long Black Friday objectives and Upgrade SBCs to receive untradable player cards. One more Best of TOTW team will be released tomorrow, Nov. 27, and will be available until Nov. 30. 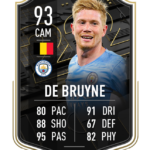