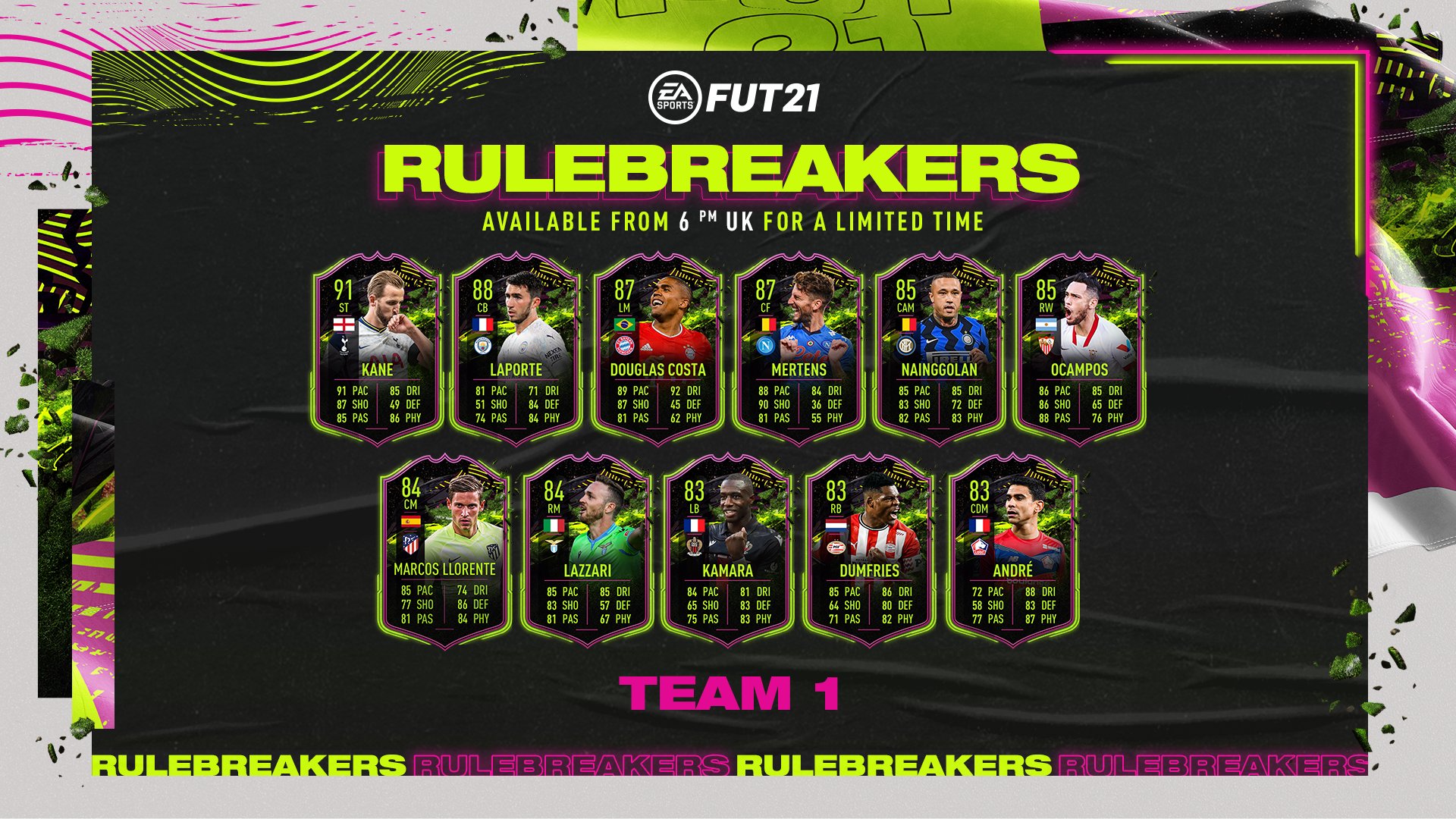 This new FIFA 21 Ultimate Team promo is about soccer players “who defy the status quo by tearing up the pitch with unique permanent upgrades,” EA’s official website reads. The first team of Rulebreakers was added today and will be available until the second set of cards replaces them. The majority of Rulebreakers cards are obtainable through FUT packs or the FUT market.

There are some new versions of players that can definitely boost your Ultimate Team, such as Harry Kane 91-rated from Tottenham Hotspur, Dries Mertens 87-rated from Napoli, and Douglas Costa 87-rated from Bayern Munich.

Aside from packs and the market, there are two players available through other methods. You can pick one out of two 84-rated versions of Iñaki Williams from Athletic Bilbao in squad-building challenges (SBC) and there’s an 84-rated version of Nordi Mukiele obtainable through in-game objectives.

Here are all of the Rulebreakers cards that EA added today.