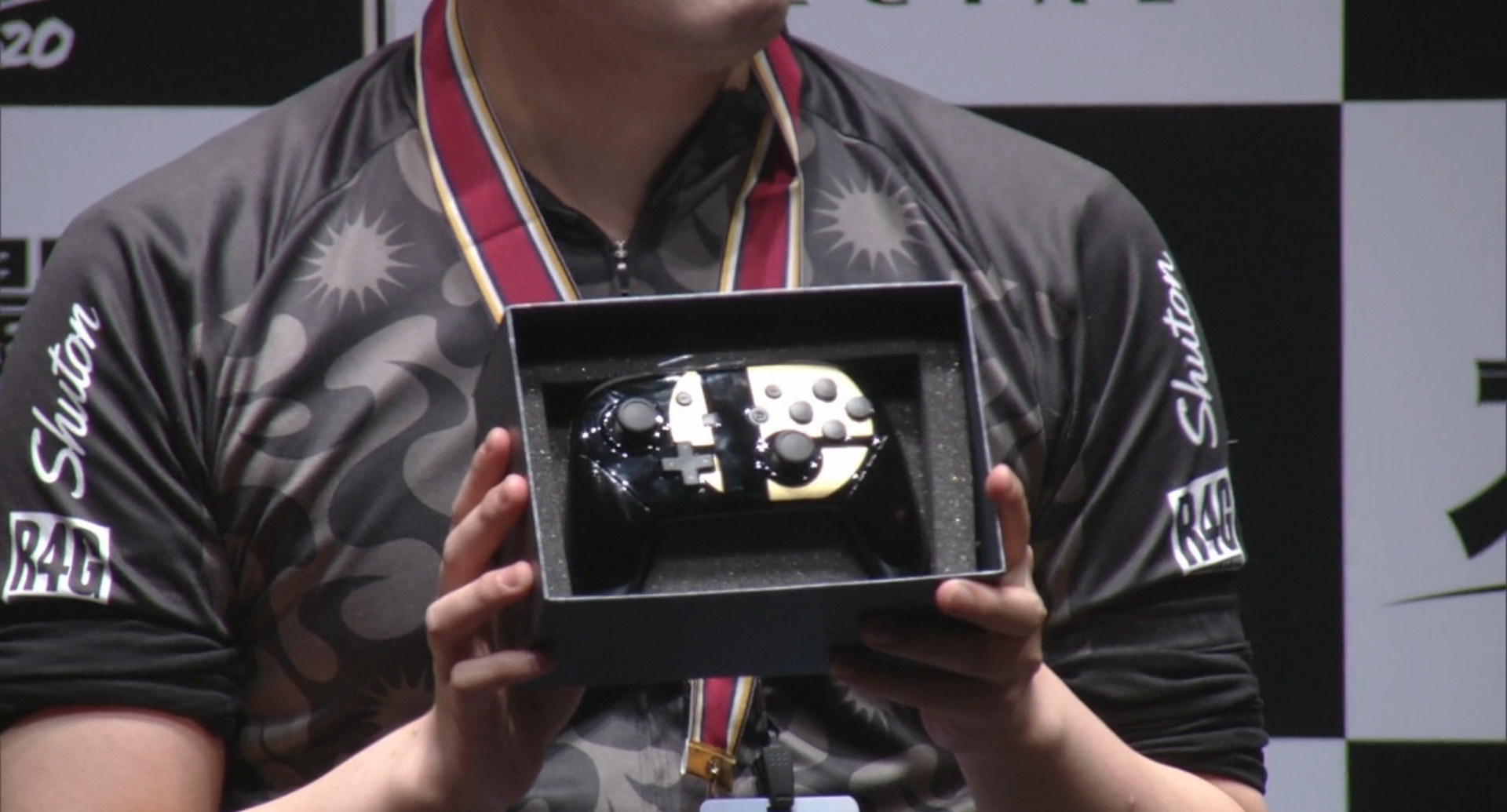 After making it through three days of intense competition, Shuto “Shuton” Moriya stood above the rest as the Evo Japan 2020 champion for Super Smash Bros. Ultimate. But there was a slight complication when he was handed his prize.

The game’s director Masahiro Sakurai made an appearance at the event and handed Shuton the first-place prize, an original Nintendo Switch Pro controller with a special golden Smash marking on the center. When Shuton later handed the controller off to receive the tournament’s trophy, however, the controller fell from its case during the exchange.

All the players on stage were shocked at the fumble, with Shuton jumping forward to make sure his new controller wasn’t damaged. But it was quickly put back in the box with no visible signs of damage and the award ceremony continued without any other incident.

Shuton’s win was very impressive. He took down several Japanese players that have had better results than him recently while still sticking to Olimar as his only character. The grand finals against Seisuke “Kome” Komeda wasn’t close, since Shuton swept the Shulk in a clean 3-0 to take home the S-tier win.

Even though Shuton won and took home the special controller and a trophy, the other competitors weren’t left empty-handed. They went home with a traditional Evo placement medal and an assortment of products from the Nintendo Tokyo store. And although that still doesn’t rectify the fact that the tournament didn’t have an actual prize pool due to a mixture of Japanese gambling laws and Nintendo’s lack of interest in esports, at least the other players received something for working so hard at the event.

Here are the final results for the top eight of Smash Ultimate at Evo Japan 2020.