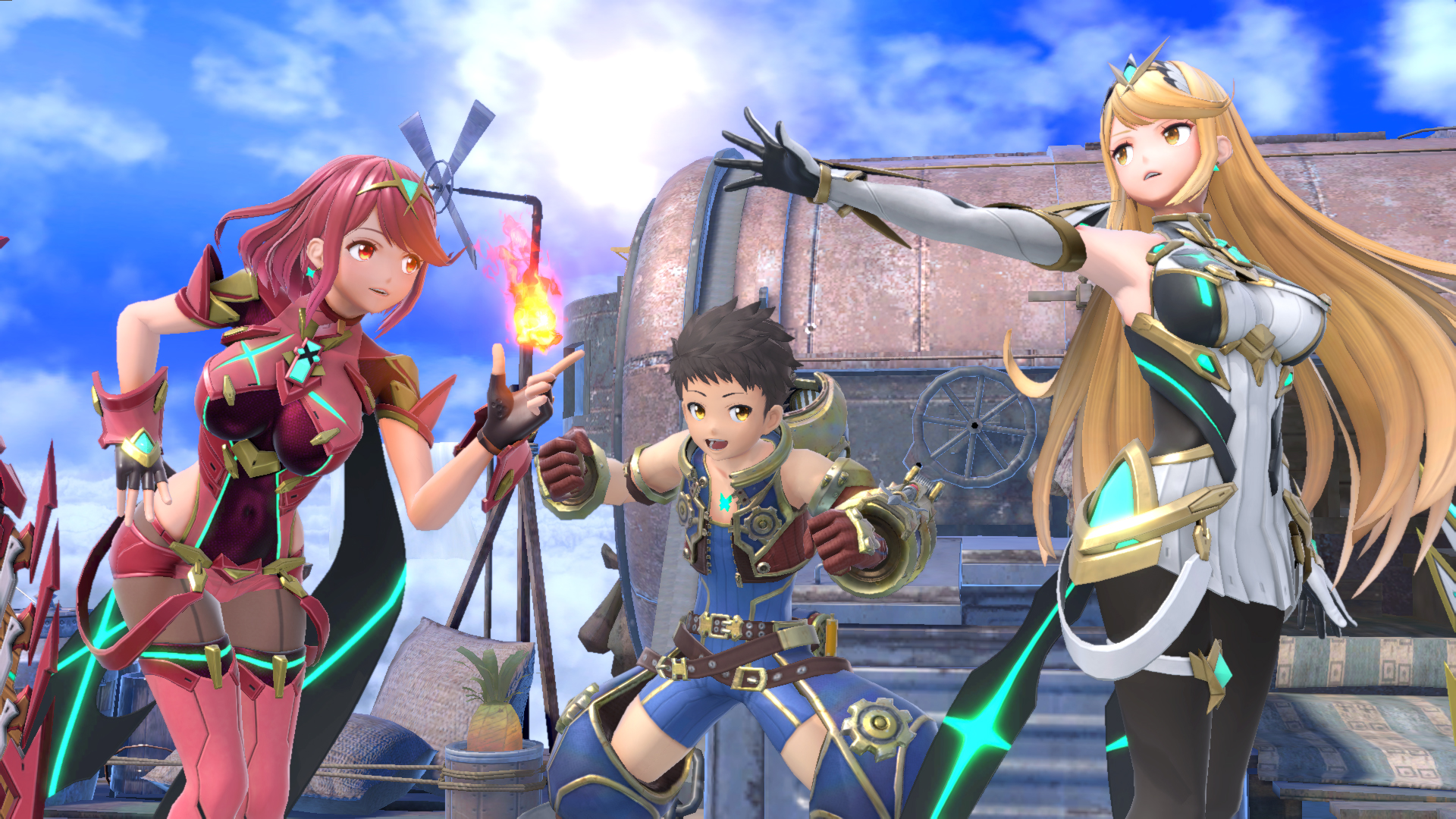 The version 11.0 update for Super Smash Bros. Ultimate is now live, which adds Pyra and Mythra, along with content themed around Xenoblade Chronicles 2 and balance changes for the rest of the roster.

Pyra and Mythra are the fourth DLC characters being added to the roster as part of Fighters Pass Vol. Two and are available now. Multiple new Mii Fighter costumes will also be available on the eShop, including some new Capcom-themed inclusions.

The following spirits will appear in the Shop on the Vault menu: