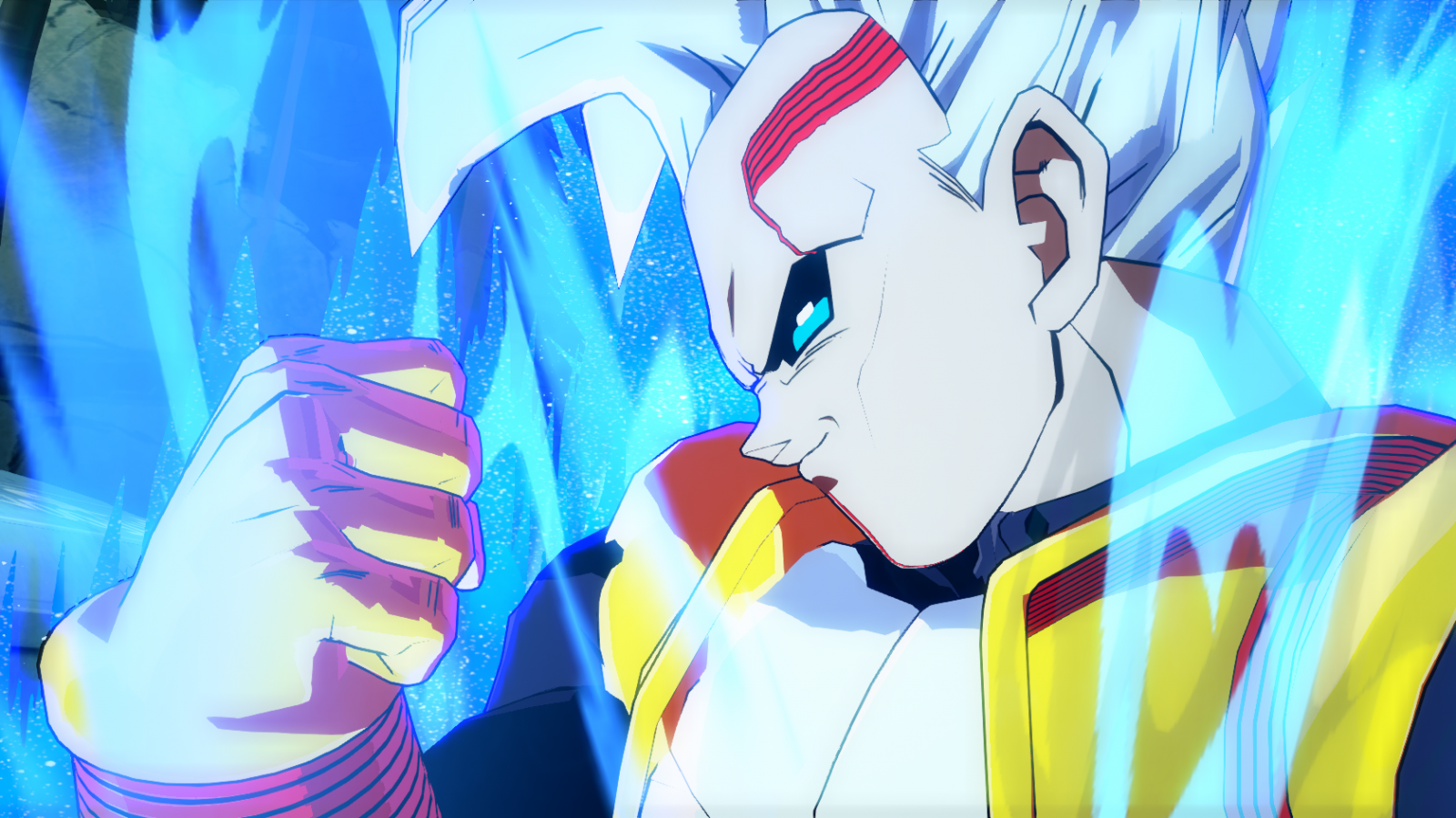 Just two days before the Japan Finals for the Dragon Ball FighterZ National Championships, it appears that the next DLC fighter for the game has leaked thanks to early scans from V Jump magazine and an information dump from ryokutya2089, a known leaker for various publications in Japan.

The new fighter will be Super Baby 2 from Dragon Ball GT, according to the scans and ryokutya. Some of the character’s combos and abilities were also included with the info dump for the fourth character of FighterZ Pass 3.

Baby was the last survivor of the Tuffle race after it was wiped out by the Saiyans. His goal is to eliminate all of the Saiyans as a form of revenge. He has the ability to possess other people and takes over a majority of the Z Fighters, including Vegeta, which is where his Super Baby form comes in.

The form known as Super Baby 2 is his second transformation after taking control of Vegeta and gaining some of his strength. Despite this, it’s unlikely that the character will be called Super Baby 2 in DBFZ. Bandai Namco and Arc System Works will probably opt to just name him Super Baby to keep things simple.

Baby will bring several of his signature powers to the game, including the ability to turn into a Golden Great Ape for a super attack, according to some of the additional information included with the characters leak. His possession ability will also be used in some form to revive fallen enemies and use them to attack your opponent, though further details are unavailable.

Originally, this announcement was likely going to drop during the Japan National Championship finals. But just like the Ultra Instinct Goku reveal, it was leaked early. And it appears that FighterZ has also sold six million units worldwide, which would have been included in that reveal.

With the inclusion of Super Baby, there aren’t many fighters left that players want to see added into FighterZ that could feasibly make the cut. Of the most requested, only Uub, Mr. Satan, Pikkon, and another GT villain, Omega Shenron, really stand out as options.

Bandai Namco did confirm that the next character added to FighterZ is planned to launch around the end of January, so players won’t have to wait long to get their hands on Super Baby if he is indeed the next DLC fighter.