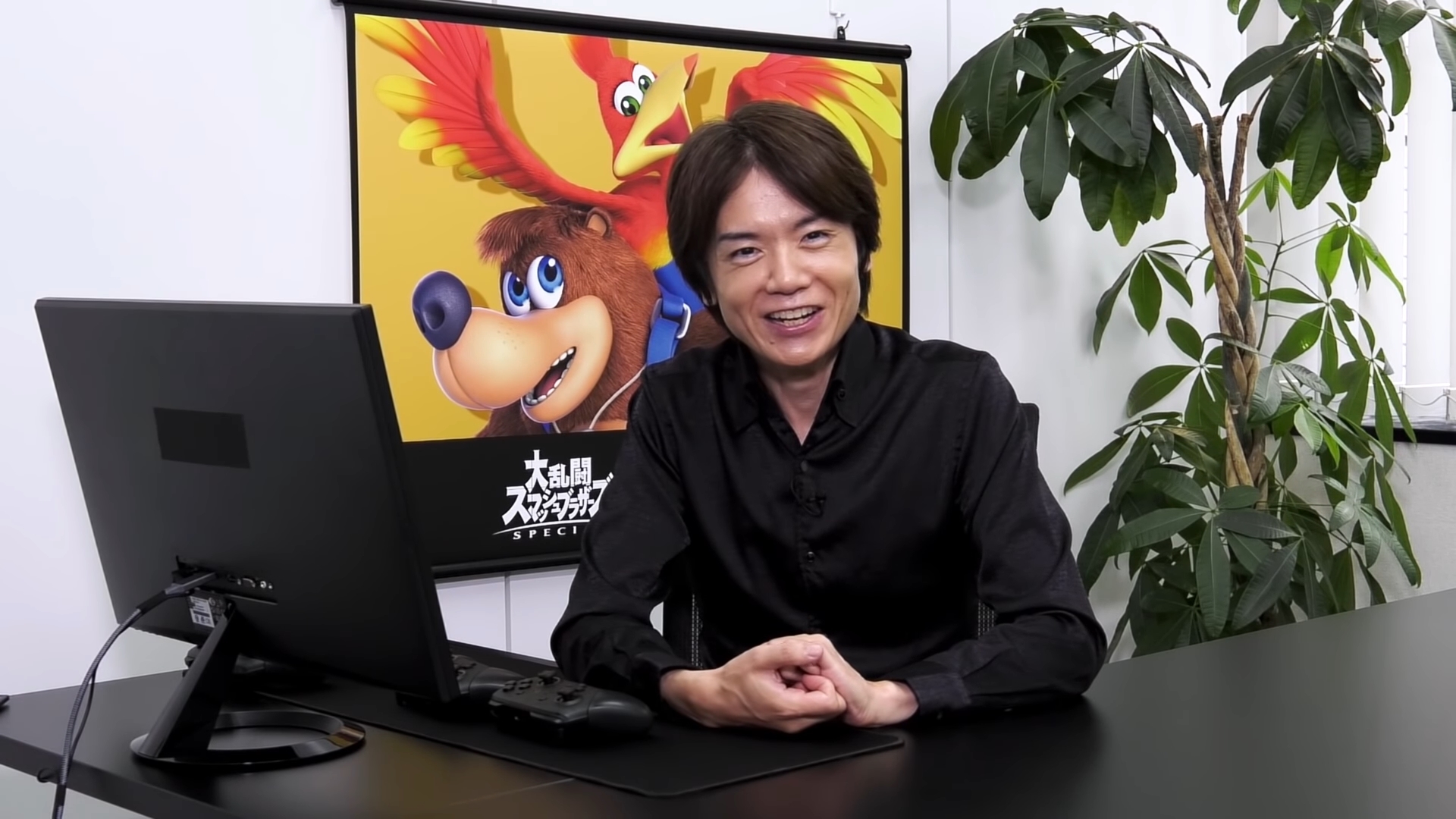 Following the success of the in-depth presentation for Dragon Quest’s Hero in July, Super Smash Bros. series creator Masahiro Sakurai brought the idea back for the release of Banjo and Kazooie from the Banjo-Kazooie franchise yesterday.

Sakurai made sure to thank everyone involved in helping add this new content to his game and he even asked people to go play Banjo-Kazooie on Xbox, which helped the console start trending on Twitter in Japan.

“If you are going to play Banjo-Kazooie, you can play it on Xbox,” Sakurai said. “I know this is a Nintendo broadcast, but please, give the game a try on Xbox.”

The fact that a well-respected developer like Sakurai mentioned that fans should go play the game on a rival console—and one that has never really blossomed in Japan—sparked conversation on Japanese social media. It even got the console trending on the country’s Twitter servers.

Within the first few minutes of talking about the newest character coming to Super Smash Bros. Ultimate, Sakurai mentioned how happy both Microsoft and Rare were to help put Banjo and Kazooie in the game.

“Technically, they (Microsoft) are a rival platform holder, but even so, they were happy for Banjo and Kazooie to join the Super Smash Bros. series,” Sakurai said. “I’m incredibly grateful.”

Microsoft and Nintendo have been working together over the last year, promoting cross-platform play between games that are on both systems and publishing previously-exclusive Microsoft titles like Super Lucky’s Tale and Cuphead on the Switch. So hearing Sakurai advertise that fans who want to play the Banjo-Kazooie games should do so on Xbox isn’t that surprising.

But the fact that he pushed fans toward Xbox also means that a port of the classic Nintendo 64 titles probably won’t be coming to the Switch any time soon.

Microsoft and the Xbox brand have never been a prominent part of Japanese gaming culture since it’s frequently overshadowed by Sony and the PlayStation’s strong presence in the region. In the days of Xbox 360, the console was seen as a joke in Japan, often being made fun of by PlayStation fans.

You can play as Banjo and Kazooie in Super Smash Bros. Ultimate right now as part of the game’s Fighters Pass DLC.