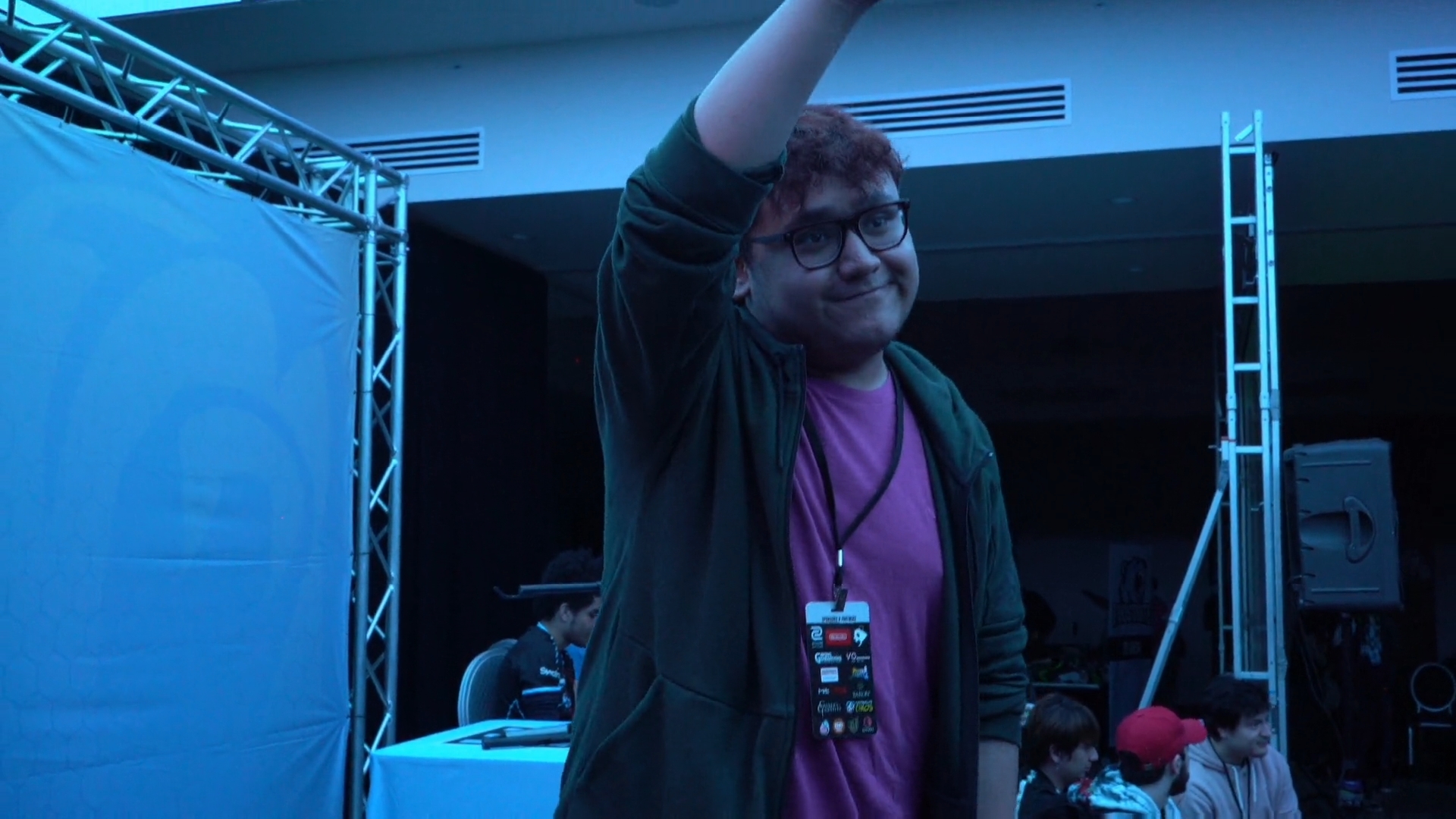 In his first tournament since parting ways with Echo Fox, Leonardo “MkLeo” Lopez put on another incredible performance at an S-Tier event last night. He made a 10-round run through the losers bracket to win Super Smash Bros. Ultimate at Frostbite 2020 over Enrique “Maister” Hernández Solís.

Like most tournaments where he gets knocked into the losers bracket early, Leo had some serious fluctuations in his performance. But he turned things around by game four in each match to clutch out 10 straight wins.

In the first round of the winners bracket, Leo was eliminated in convincing fashion by Pedro “Prodigy” Alonso’s Mario, losing the first two games by two stocks and getting swept. That dropped him down into the losers bracket, which meant he joined the dozens of other upsets on the Frostbite big board.

Just to make it into the top 16, Leo had to beat both Saleem “Salem” Young and Rasheen “Dark Wizzy” Rose before facing the true gauntlet of players.

Over the next five games, Leo had to play four players ranked in the top 10, with Takuma “Tea” Hirooka being the one exception (ranked 12th). And he did so with incredible poise, wiping out some of the best players in the world with only two matches going a full five games.

Here’s a breakdown of that run into the top eight, where Leo took down Tea in a close five-game set.

After beating Tea and securing a spot in the top three, Leo had to once again play Gavin “Tweek” Dempsey, last year’s Frostbite Champion and the third ranked player in the world. Although the pair’s current record against each other heavily goes in Leo’s favor, Tweek took an early lead after busting out his Wolf in game one.

The character swap actually gave Tweek an early 2-0 advantage, but that’s still never a guarantee against Leo, especially when he knows your playstyle. Both players rode out the entire set with the Joker vs. Wolf matchup. But through the final three games, Leo took control and knocked out Tweek with a reverse sweep.

Maister has almost as much experience against Leo as Tweek, but Leo has essentially dominated their head-to-head matchups since the beginning of Smash Ultimate. And despite his red-hot play leading into the grand finals, Maister was unable to take a single game off of Leo.

The first set was close, with Maister bringing things down to one stock in each of the first two games. But Leo closed out game three with two stocks, forcing the bracket reset and putting all of the pressure on Maister to find a way to stop the top Mexican player.

Maister surprisingly swapped off of Mr. Game and Watch for the first time all tournament and brought out his Pichu, trying to take Leo off guard with the impromptu change in character. And while it worked somewhat effectively for Tweek, Maister had no such luck and Leo took game one in the reset.

After that failed to work, Maister went back to his main but completely collapsed late, dropping another bad game as Leo pushed him to tournament point.

And in another surprising move, Leo pulled out his Byleth for the final game, hoping to show off some of the high-level combos from the newest DLC fighter. This made the viewers happy and brought out some quality Calvin “GimR” Lofton memes.

Maister just looked outclassed by Leo, being zoned easily and nearly giving up a three stock loss, which made it easy for the No. 1 player to close things out and take his first Super Major victory of 2020.

With this dominant display over most of the top players in the world, Leo has once again cemented himself atop the Ultimate food chain. This should bring several sponsorship offers to the free agent’s doorstep.