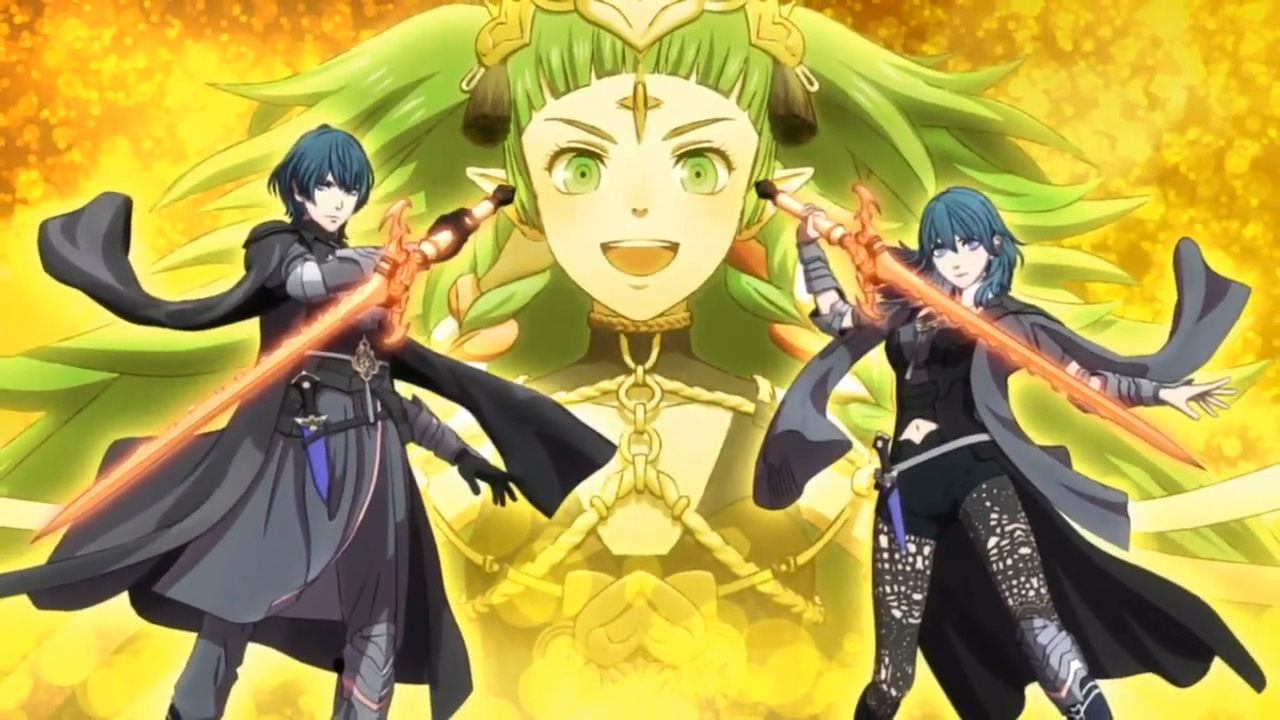 Byleth joins the Super Smash Bros. Ultimate roster as yet another Fire Emblem representative, but the character is unlike other sword fighters. Nintendo’s first DLC representative from the Fighters Pass doesn’t really provide any drastically new mechanics with an edge competitively like Terry did.

The Professor is about as plain as it comes in terms of playstyle, and if you choose to take Byleth online, you’ll be heavily relying on Tilt Attacks and Aerials rather than any of the Specials that utilize the character’s various weaponry.

Even a week after release, the online servers are flooded with players trying to reach Elite Smash with the newest character, so even if you don’t plan on playing as Byleth, this basic overview of how to play them should still help you when fighting against them. Just be prepared for low recoveries and lateral movement.

Unlike Link, Pit, or most other characters with a bow, you will mainly be using Byleth’s Failnaught as a pressure option purely to goad out options from your opponent.

The draw speed on even the normal shot isn’t great and won’t lead to many conversions unless you catch your opponent completely off guard. Rather, it is better to act like you are going to shoot and then either jump or shield cancel the Special move to act against their response.

You’ll only be able to do so if you either cancel or fire before the arrow begins to glow, because that means you are locked in and can’t even change your firing direction anymore. And unless you plan to pressure their shield with a hit and then follow it up with an Up Smash, there isn’t much use in not canceling while engaging on stage.

Good range and power are only held back by how slow the move comes out and the odd angle it tends to send enemies flying in.

You can use Areadbhar as a poke option from under platforms or even offstage if you’re comfortable enough to leave the ledge and take a swing through the side. It isn’t going to be very reliable, but you can kill at high percents and easily catch falling opponents with it if they aren’t prepared.

Be warned that it isn’t a great option to pressure shields with because it doesn’t actually deal a lot of damage and can easily be completely blocked. Although parrying it is a bit more difficult.

Up B (Sword of the Creator)

Byleth’s Sword of the Creator is a mix of Joker’s Grappling Hook while also providing its own take on the same concept.

You can still recover from very low areas off stage by tethering to the ledge, but it can also allow Byleth to grab the bottom or side of the stage and propel further with a semi-wall jump, thus opening more possibilities for recovery and even off stage combo potential.

And unlike Joker’s move, Sword of the Creator pulls Byleth up to the person they grapple to rather than pulling them down, which then throws the enemy towards the stage and can even spike at high enough percentages. This allows for more combos in the late game and a dangerous off-stage move that your opponent has to respect.

Take Hero’s Hatchet Man and then give it Ganondorf’s Warlock Punch’s armor when on the ground and you get a massively powerful move that can completely shatter shields in one shot. But despite the power, you will be using it even less frequently than those other moves because the windup is not worth the result most of the time.

Unless you plan on calling out a very late spot dodge or using it as an option while falling to the stage, you won’t be throwing this out due to the long windup. But it can also be used to stall recovery, which in certain situations, might prove useful.

Like a lot of characters in the game, Byleth’s Down Tilt can easily setup for some good combos since it trips your opponent up and sends them into the air. That lets you combo into Up Tilt easily to keep you opponent off the ground, or you can Neutral Air to drag down a characters and try to follow up with a ground combo.

Up Tilt is the pretty standard upwards slash of the sword, so you’ll be using it a lot in response to other setups or when poking at someone under a platform. This is still more useful than the generic Forward Tilt that just has Byleth slash forward with very little range, even if it does come out quickly.

Up Smash is very powerful and can actually pull players in from the ground at certain percentages, so this is a good way to get kills when your opponent is at high percentages and you really need to take the stock. Even with the decent damage output and good range, however, it won’t be your first option when it comes to tossing out a Smash Attack.

Down Smash is, like with every other move that involves Aymr, slow and extremely powerful, so you won’t be using it too often. This can used to great effect if your opponent likes to shield under pressure rather than spot dodge or jump away because it can almost completely break shield and kill early.

Forward Smash is going to be your best friend when ledge trapping and pressuring get-up options. You can angle up or down too, with tipper damage on all of the moves,. If you space an attack perfectly you can deal up to 19.5 percent in one shot, which will easily kill light or mid weight characters at around 50 percent consistently.

Byleth’s Throw options are nothing special, but they aren’t as bad as some of the other characters in the game either, making them at least viable.

Down Throw to Forward Air seems to connect at a solid rate and is a rather simple combo to pull off when pressuring your opponent’s shield. It isn’t going to set you up with many kills because it is mostly going to be used at low percentages, but it’s a reliable option.

Forward Throw and Back Throw won’t really net you anything big either even with Byleth’s great range attacks. You will only really be using these to throw off your opponents, especially at early percents. You can use Up Throw to try and get stage advantage or combo into Up Special, which you can follow up with some other combos too.

Neutral Air is your typical spinning move that covers a wide area and will occasionally let you drag opponents down to the floor if you time it right. This can be used as a follow up for Down Tilt and help setup for more combos in the neutral game.

Up Air uses Byleth’s unique sword to cover a wide area above them, making it a great tool for calling out an air dodge or other aerial options to give yourself the stage advantage. It can also kill at decent percents, so you won’t be too hard pressed for options on killing from below.

Down Air is extremely powerful but comes out so slow that you’ll likely only use it at the end of a match once your opponent has forgotten about the option, and even then you might just not use it. The option being there is good since it does 19 percent and is a great off-stage pressuring tool, but the landing lag makes it almost unusable.

Now two of the moves you will be using more than almost any other are the Forward and Back Air options. Both come out quickly, have good reach, and hit very hard, providing good spacing and knockback.

Down Throw to Forward Air is a good early percentage option, and then you can always ledge guard with both moves since you can easily just short hop and then quickly toss something else out to cover any missed opportunities.

Byleth is fun, but you likely won’t see many players rushing to pick the character up as an option; Byleth is just so slow in terms of movement, but Doubles on the other hand…