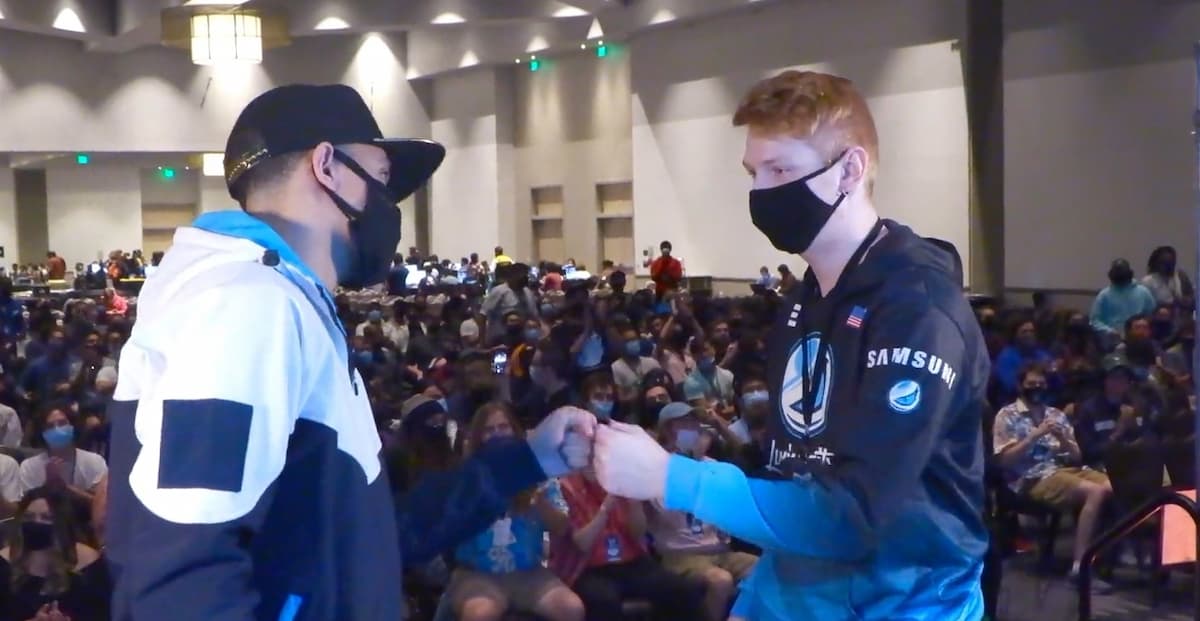 Another LAN Major is in the books, with Ginger winning Super Smash Bros. Melee at Low Tide City 3-2 in a grand finals run-back against Axe.

This is the Falco player’s first Major victory, taking wins over Magi, Duncan “SDJ” Meara, and two straight sets against Axe to win it all in just the second in-person Melee Major of the year. He also won doubles with his partner Gahtzu.

In their first meeting, Ginger beat Axe 3-2 with a dominant performance in game five, where he three-stocked the Pikachu player. However, Axe would get another chance at Ginger after sweeping KoDoRiN 3-0, taking his second set over the Marth-main with relative ease.

The rematch saw Axe take a strong 2-1 lead after both players’ decisions in the opening games led to some odd and very flashy interactions.

Even after going down, Ginger remained composed. He took game four with some extremely well-placed backairs and movement techniques that helped him avoid the mistakes from the previous rounds, which let Axe take some easy stocks off of him.

In a last game, last stock situation, Ginger took a huge percentage lead, survived one of Axe’s full-stage chasedowns, and landed a favorable trade to take the event.

After the win, Ginger said that he spent a lot of time preparing mentally for this event with his coach, Melee legend Druggedfox, and reviewing his approach to the game from that angle.

“We had a long talk about how much I care and what mental state I should be in going into a tournament,” Ginger said. “Riptide obviously just happened and I had a set against KoDoRiN, he ended up wiping me out. We analyzed that VOD together and one of the most important things I think was actually the player cam. Because Sami [Druggedfox] ended up looking at me and says ‘do you even want to win?’”

Following that conversation, Ginger changed his mentality slightly and started putting himself out there more, saying he felt being more exposed and showing more emotion helped him through his run.

“My mental was sharp, I stayed composed in difficult moments, and I just wanted every game,” Ginger said.

You can expect to see Ginger, along with a majority of the other top players who competed at LTC competing in upcoming Major events like Mainstage, Super Smash Con: Fall Fest, and more.