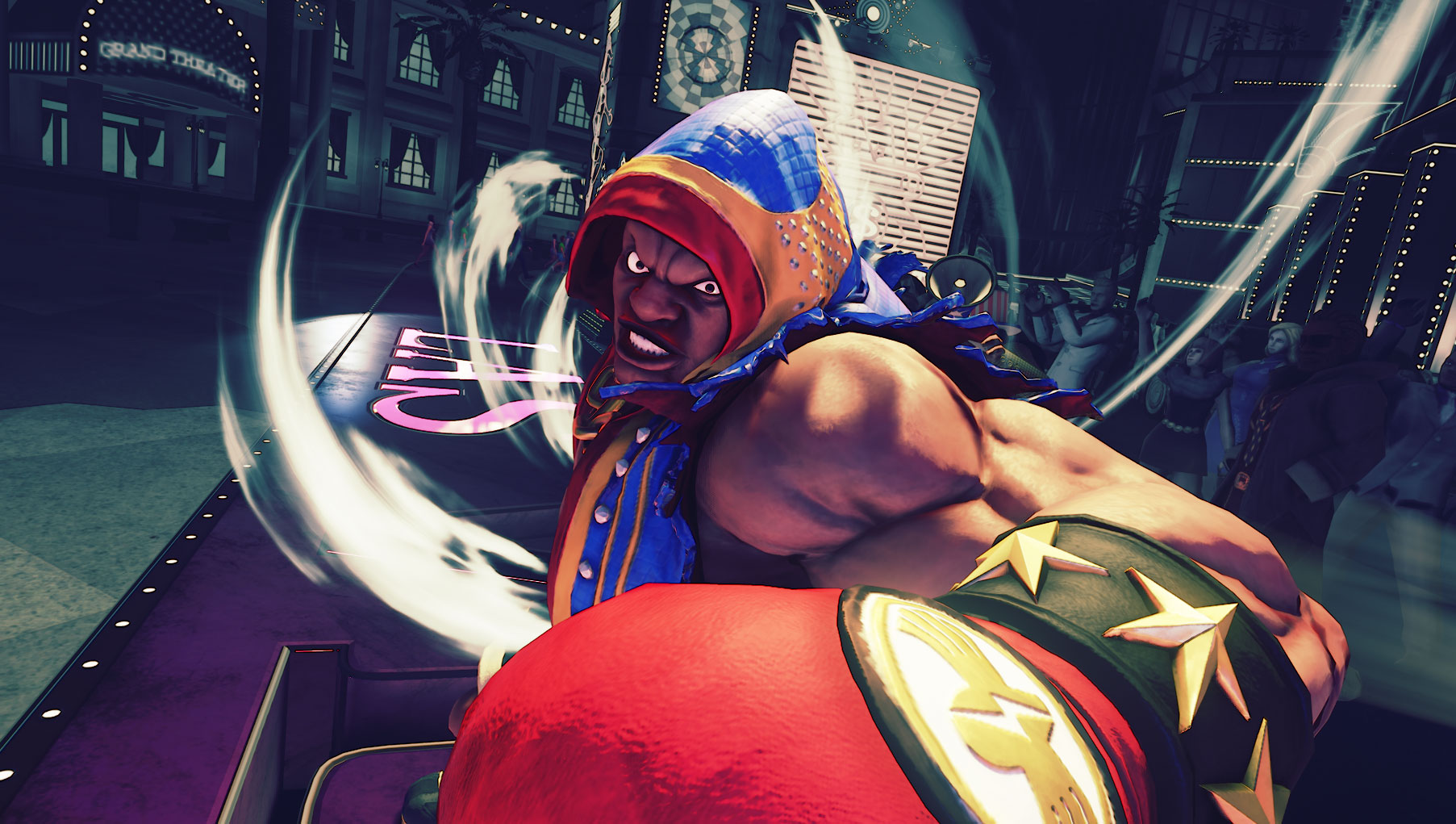 The formation of the three-player Cygames Beast squad in March grabbed a lot of attention. For the second time in as many months, the team proved to be well worthy of the hype.

Cygames teammates Eduardo “PR Balrog” Perez and Umehara Daigo took the top two places in Group B of the ELEAGUE Street Fighter V Invitational on Friday night. Both players will advance to the finals on May 26.

The result meant that the team swept the top two spots in the group in both the preliminary and semifinal phases. PR Balrog and Darryl “Snake Eyez” Lewis, who ended the day in fourth place, earned a 1-2 finish in last month’s preliminaries.

PR Balrog continued to show the dominance he displayed in winning the group’s preliminary round. He and his explosive Balrog scored a 3-1 win over Nagata “Eita” Hiroyuki, then beat Daigo by the same margin to advance to the winners’ side of the eight-player finals. He will face Group A winner Victor “Punk” Woodley in his first match.

“I expect [Punk] to trash talk me and everything,” said PR Balrog in a post-match interview, “but I expect to come out on top.”

Daigo began the day in the quarterfinal stage, where he scored a 3-0 victory over Eita and a 3-1 win over Bruce “GamerBee” Hsaing to secure a spot in the televised semifinals. Once there, he scored a comfortable 3-0 win Snake Eyez. A loss to PR Balrog kept him from winning the group, but he closed the night with a wild 3-2 win over Eita to secure the second spot in the finals and a matchup with Group A runner-up Momochi Yusuke.

The performance marked a massive turnaround for Daigo, who needed a tiebreaker to avoid elimination in the preliminary round. Daigo had just switched to Guile shortly before that stage and his lack of sharpness with the character showed. The Guile that Daigo displayed on Friday was far more confident, far more competent, and far more dangerous.

Daigo’s Guile was so good, in fact, that he was able to inspire a “U-S-A!” chant from the crowd in his match with fellow Japanese player Eita.

Eita ran a gauntlet on Friday only to fall one game short of a place in the final. Eita played a total of six matches, the most possible under the event’s format. He began the day with a loss to Daigo, but recovered with do-or-die wins over Justin Wong and GamerBee to advance to the semifinals. He then lost to PR Balrog, but recovered to beat Snake Eyez and earn one more chance at Daigo. Eita held a 2-1 lead in that set and was one round away from victory in Game 4, but Daigo came back to steal the victory and end Eita’s run.

Snake Eyez’s elimination was far more emphatic. He was a surprise runner-up in the preliminary stage, but he could not find that form on Friday night. He suffered 3-0 defeats at the hands of both Daigo and Eita to bow out in fourth place.

Bruce “GamerBee” Hsiang was eliminated in fifth place earlier in the evening, one spot short of an appearance in the televised semifinals. GamerBee breezed by Justin Wong in his opening match, but suffered a nearly-identical fate as Snake Eyez, losing 3-1 to Daigo and 3-0 to Eita.

Justin Wong was shut down completely on Friday on his way to a sixth-place exit. After advancing out of last month’s preliminary round on a tiebreaker, Wong failed to win a single round against GamerBee’s Necalli, then was blanked again by Eita’s Ken.

After his elimination, a frustrated Wong tweeted out the need to make some sort of change in his play. His fourth-place finish at Sonic Boom earlier this month is Wong’s only top 12 finish at a Capcom Pro Tour event this year. Wong had six top 12 appearances at this point last season, including two wins.

The next round of group play in the ELEAGUE Street Fighter V Invitational, featuring Joshua “Wolfkrone” Philpot, will take place in two weeks on May 5. The gap does not mean a week off for the competitors, as most of them will be in Austin, Texas for DreamHack Austin, next weekend’s Capcom Pro Tour Premier event.