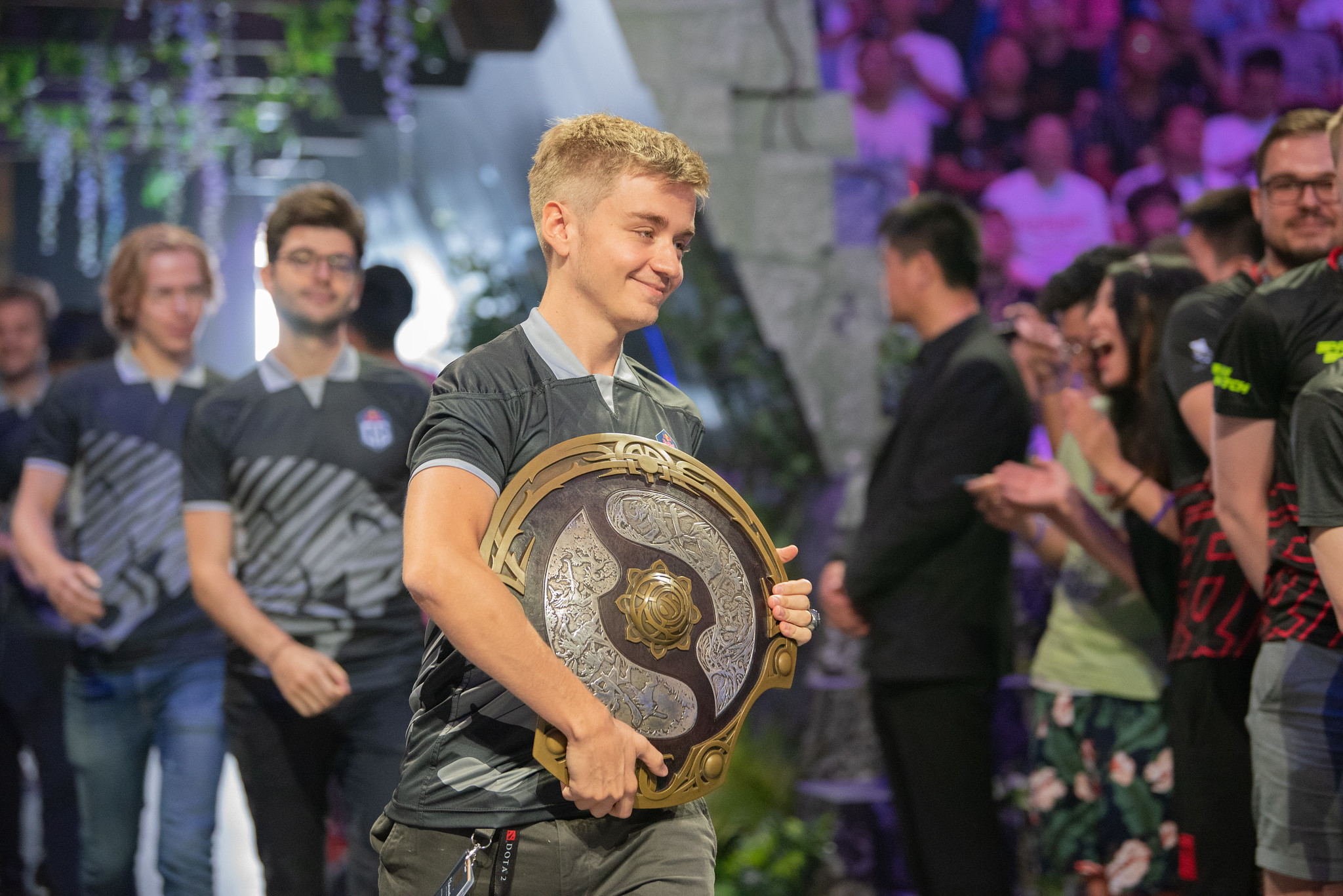 OG obliterated Newbee 2-0 today to kick off the second day of The International 2019 main event. The former Forward roster couldn’t solve the OG puzzle and are now headed down to the lower bracket.

Newbee threw a curveball at OG with a first phase Visage pick in game one and then followed it up with the popular Lifestealer. OG took their newly-minted carry Io once again and picked the ever-solid Bristleback for Topias “Topson” Taavitsainen, even though he had no professional experience on the hero.

This marks the fifth time OG have picked Io at TI9, and everybody knew what OG’s gameplan was. The onus was on Newbee to try and prevent the Guardian Wisp from reaching its timings, but they failed to do much in the early stage.

OG let Anathan “ana” Pham farm the entire jungle, allowing him to get a 16-minute Aghanim’s Scepter, while Topson simply showed off. It sure didn’t look like Topson’s first time on Bristleback because he excelled in his usual space creation role.

Once Io hit the level 15 power spike, OG secured the Aegis for ana right before ramming into Newbee’s base like a freight train.

Io died twice before ana picked up a Heart of Tarrasque, and without missing a beat, OG went straight into the fountain. Newbee were forced to raise the white flag from the overwhelming OG pressure.

Newbee banned out Io in the second game, opening the draft for OG. They instantly picked up Magnus for Sébastien “Ceb” Debs and a farming partner in Juggernaut.

Newbee took contested heroes in Enchantress and Shadow Demon, while also securing favorites in Ember Spirit and Sven. But OG ended the draft with Topson’s signature Monkey King, which also had the spanking new Immortal set for the hero.

The start of game two was all OG since Quinn “CcnC” Callahan’s Ember had a terrible matchup against Topson’s Monkey King.

In the end, Ana’s Juggernaut, with the help of Magnus’ Empower, proved to be Newbee’s undoing. The ticking time bomb exploded and Newbee meekly abided.

OG will move on and await the victor of Team Secret and Evil Geniuses, confirming a top-six finish for the TI8 champions and another $1 million in their pockets. Newbee will battle against Peruvian phenoms Infamous in the lower bracket.