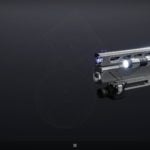 Timelost weapons drop from the challenges in the Master difficulty of Destiny 2‘s Vault of Glass Raid. Acquiring them can be an ordeal with the increased Light Level, enemy distribution, and modifiers such as Match Game. But they come with a few extra features that may just make them worth the trouble.

Timelost weapons are equivalent to Adept versions of the regular Vault of Glass guns. Their biggest advantage is that they roll with two selectable perks per column, similar to ritual weapons. This increases the chances of getting a good roll. As another bonus, Timelost weapons can use Adept Mods (which reportedly also drop from the raid) and gain a small stat boost when Masterworked.

How to get Timelost weapons in Destiny 2

Timelost weapons drop from the weekly challenge in the Master version of Vault of Glass. Each week, players must complete a specific objective in one of the encounters to receive a Timelost weapon, which adds another layer of complexity to the fight.

Both the normal and Master versions of Vault of Glass share a weekly lockout and normal drops from encounters and challenges will only award its rewards upon the first completion in either version, according to Bungie. Players looking to get Timelost weapons should save their challenge runs for Master.

Related: How to get the Fatebreaker title in Destiny 2

Each week brings a challenge for a specific encounter and they rotate based on the regular order in the raid: Confluxes, Oracles, Templar, Gatekeepers, and Atheon. Each challenge adds a new objective, such as one-phasing the Templar or not shooting the same Oracle twice, which changes the tactics for the encounter a bit.

Players can reroll their Timelost weapons at the end of the Master version of the raid if they have acquired one previously, but these come with a slightly steeper price tag in Spoils of Conquest. It’s still the most consistent way of farming for those guns—even though it means having to run through the whole raid.